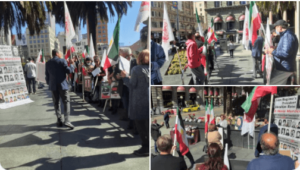 Over a 2 day period beginning Friday, October 8, 2021, in observance of The World Day Against The Death Penalty, Iranian American Community leaders held rallies and photo exhibitions in Washington, DC, Los Angeles, San Francisco, Atlanta, and Dallas and called for prosecution of Iranian regime president Ebrahim Raisi and other regime officials for their role in the 1988 Massacre of 30,000 political prisoners.
In Washington, DC, the event was held outside the entrance to the U.S. Department of State. In addition,
4 TV-trucks traveled through Washington, DC streets, displaying videos, images, and text about Ebrahim Raisi’s abysmal human rights records and calling on President Biden to help prosecute Raisi now.
click to read more 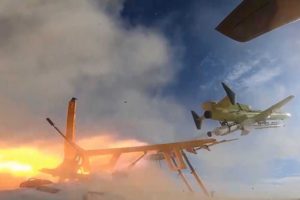 A deadly attack on an oil tanker by explosive-laden drones. Unmanned aircraft launched from the Gaza Strip hitting Israeli neighborhoods. Strikes on Saudi Arabian refineries and pipelines and on bases housing U.S. troops in Iraq.
Behind this wave of attacks, U.S., European and Israeli defense officials say: Iran and its allies across the Middle East. They say Tehran’s rapidly developing ability to build and deploy drones is changing the security equation in a region already on edge.

The drones themselves are often made with widely available components used in the ever-growing commercial drone market and by hobbyists, the officials say. Some mimic the designs of Israeli and American military drones.
click to read more 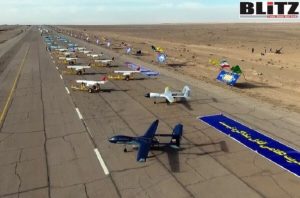 The Islamic Revolutionary Guard Corps (IRGC) Quds Force is chiefly using various unmanned aerial vehicles (UAVs) for its terrorist operations as well as for supplying its proxies in the region. To an extent, the regime is trying to compensate for its outdated and decrepit Air Force with this technology, said National Council of Resistance of Iran in a recently released document. It said, Drones are one of the primary weapons used by the Iranian regime to export terrorism and warmongering, which is why, over the past decade, Tehran has invested heavily in drone production despite drastic economic challenges.

To produce UAVs, the clerical regime smuggles some of the main parts, such as engines and electronic components, from foreign countries; other required components are produced in various industries within Iran.
click to read more 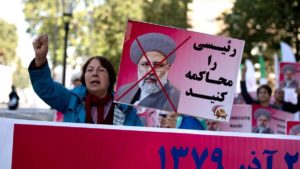 Call to arrest Iran’s President Raisi if he attends Cop26 in Glasgow
The Sunday Times, October 8, 2021

A formal request has been made to arrest the Iranian president for crimes against humanity if he attends Cop26 in Glasgow. Reports from Tehran suggest that President Raisi, 60, who took office in August, is considering making the climate conference his first overseas visit. President Biden and the Pope are expected to attend the event next month.

Human rights campaigners, victims and relatives of those who have been tortured and executed by the Iranian regime have called on Police Scotland to investigate Raisi under the legal concept of universal jurisdiction.
click to read more 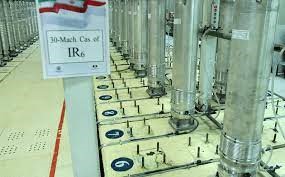 BERLIN, Oct 4 (Reuters) – Germany would reject any Iranian demands for the United States to release frozen Iranian assets as a condition for nuclear talks to resume, Germany’s foreign ministry said on Monday.

“If here new conditions are being set by Iran for talks to be resumed, then we reject that,” a German foreign ministry spokesman said after Iranian foreign minister Hossein Amir-Abdollahian’s demand for assets worth 10 billion dollars to be released as a goodwill gesture.
click to read more 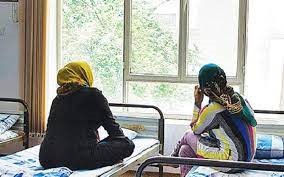 Social crises in Iran are increasing daily, and those who hurt most and without any support under the mullahs’ rule are Iran’s women.

Recently it has been seen that some women in the country’s metropolis are searching for their daily income on the streets. These women are mostly resorting to scrounging garbage and are cardboard sleepers who are risking their health in such jobs to have the opportunity of one meal per day.
These women suffering from poverty believe that a job that is not prostitution is good because they are not dealing with their dignity and health, and unfortunately in a country like Iran where the last concern of the government is the people, this can be only by collecting garbage from the streets in runoffs and the city’s trash.
click to read more 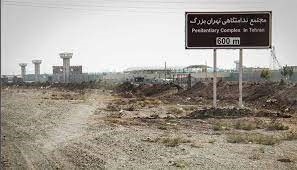 The political prisoner were unlawfully kept in a ward that holds inmates convicted of dangerous crimes in Qarchak Prson.
During the attack, Shapour Ehsani Rad, Pouya Ghobadi, Esmail Gerami, Akbar Bagheri and Akbar Faraji were injured and taken to the prison’s infurmary.
click to read more