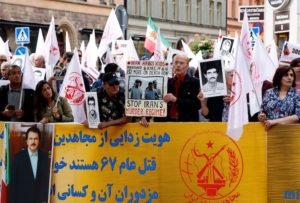 STOCKHOLM — The trial of an Iranian citizen accused of committing grave war crimes and murder during the final phase of the Iran-Iraq war in the 1980s started Tuesday in Stockholm.
The trial of Hamid Noury comes just days after hard-line Iranian President Ebrahim Raisi took office as the highest-ranking civilian leader in the Islamic Republic.

Raisi himself took part as a prosecutor in the so-called “death commission” that executed as many as 5,000 people at the end of Iran’s bloody war with Iraq in 1988, complicating how the West will interact with him as negotiators try to save Tehran’s tattered nuclear deal with world powers.
Click to read more 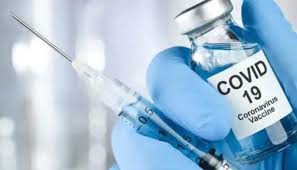 Iranians are growing frustrated with their government’s handling of the coronavirus pandemic, many of whom still have not received their first COVID-19 shot.

Iran has sought to make its COVID-19 vaccines in house because the country’s Supreme Leader Ayatollah Ali Khamenei said it did not trust vaccines manufactured by the U.S. or U.K., and therefore would not allow the country to receive any donations from the countries, the Associated Press reported.
Click to read more 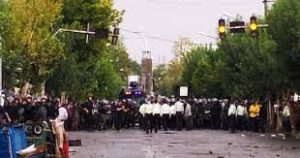 Iranian security forces resorted to unlawful use of force, including birdhsot, and mass arrests to ruthlessly crack down on predominately peaceful protests that have erupted in various locations across Iran in recent weeks, said Amnesty International. Activists, protesters and bystanders swept up in the wave of arrests, including, children have been subjected to enforced disappearance, torture and other ill-treatment.

According to photographs, footage circulated on social media and eyewitness accounts, security forces unlawfully fired birdshot at peaceful protesters from Iran’s Kurdish minority in the city of Naqadeh in Western Azerbaijan province on 7 August, leaving dozens of people injured. Witnesses told Amnesty International that most have refrained from seeking hospital treatment for fear of arrest, torture and other ill-treatment.
Click to read more 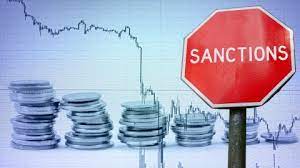 Since taking office, the Biden administration has taken a series of calculated steps to rejoin the Iran nuclear deal. Most recently, it waived sanctions on the Iranian oil trade, allowing Tehran access to frozen funds in foreign banks that it can now use to fund terrorism. Even the sanctions that remain on the books are not being enforced. U.S. financial sanctions can be used to end Iran’s nuclear ambitions and the clerical regime’s support of terrorism.
As the world’s preeminent financial power, the United States has a responsibility to work to deny Iran the financial resources it needs to build a nuclear program, develop ballistic missiles and support terrorism and terrorist proxies.
Click to read more 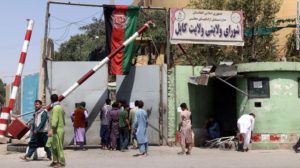 Kabul, Afghanistan (CNN)Taliban fighters entered Afghanistan’s Presidential Palace hours after President Ashraf Ghani fled the country on Sunday, a milestone in the insurgent group’s assumption of control over capital city Kabul.
One unit shared pictures of the palace interior — intact, but empty and apparently abandoned by Afghan officials — on an official Telegram account.
Taliban representatives had been in talks with the government for hours over who would rule the nation, following the militant group’s strikingly rapid advance across the country, in which it seized power over dozens of key cities, often with little to no resistance.
Click to read more 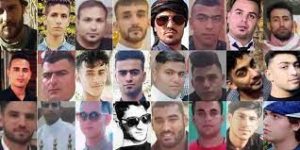 Reliable sources say the protesters arrested during the protests in Khuzestan are detained under torture and pressure. An informed source said: “The intelligence services take the arrestees to an uncertain location. Those arrested say, ‘they cannot distinguish day from night.’ ”

According to the same source, “To intimidate and terrorize the arrestees, the torturers and interrogators cover their faces. Torturers use various tools including iron rods to beat the arrested protesters. The arrested persons are blindfolded during the interrogation so that they cannot see the face of their torturers and interrogators. Once the interrogation is finished, the protester is taken to a dark room with no lights. The prisoner spends all days and nights in absolute darkness. For psychological torture, the detained protesters are held in this location for some time. Then, they are sent to the wards.”
Click to read more