At a gathering in Union Square on Monday, Iranian-Americans who had seen family members killed by Iran’s government for various alleged crimes erected a memorial showing the faces of hundreds of those killed.
In fiery statements to the crowd, speakers including both Iranian-Americans and prominent figures from Congress and the US political sphere condemned Mr Raisi and called for him to face international human rights charges.
Click to read more 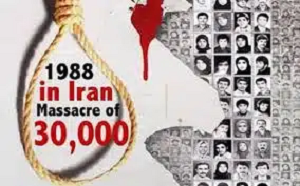 33 years ago, I was in the same room with Iran’s new president when he voted to execute political prisoners
Mahmoud Royaei was a political prisoner in Iran. He is a member of the People’s Mojahedin Organization of Iran. He has written five books (in Persian) called “The Sun Planters” about his time in Iran’s prisons. The opinions expressed in this commentary are his own.
CNN, August 5, 2021 by Mahmoud Royaei

(CNN) August 3, 2021, marked the start of Ebrahim Raisi’s four-year term as president of Iran. The validation ceremony took place in the “Beyt” (Arabic for “house”) of the Supreme Leader, Ayatollah Ali Khamenei, as a prelude to Raisi’s inauguration.

It was exactly 33 years ago, on August 3, 1988, when I found myself in the same room with Ebrahim Raisi. At the time, he was a deputy prosecutor of Tehran and a key member of what was known as the “Death Commission” in Gohardasht Prison located in Karaj — northeast Iran. I was a political prisoner in the middle of serving my 10-year sentence when I first met Raisi, like thousands of other friends and fellow sympathizers of the People’s Mojahedin Organization of Iran (PMOI/MEK), a political opposition group. I was there to hear Raisi decide my fate.
Click to read more 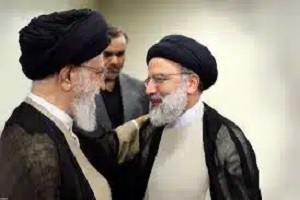 ISTANBUL — The challenges awaiting Ebrahim Raisi, Iran’s incoming president, range from insistent to enduring, with the country in the throes of a deadly coronavirus wave, an economy writhing under sanctions and flashes of bold, anti-government protests that signal deeper discontent.

Abroad, Iran is acutely isolated and locked in a spreading conflict with Israel, including at sea. Negotiations with the United States and other world powers to revive a nuclear deal are at a standstill. Even before Raisi was sworn in Thursday, rights groups had called for him to be tried on charges of crimes against humanity for his alleged role in mass executions in Iran more than three decades ago.
Click to read more 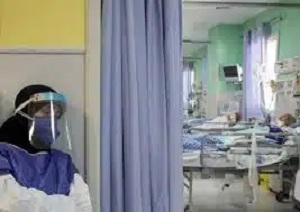 With Record COVID Deaths In Iran, No One Seems To Be In Charge
Iran International, August 8, 2021

As Iran on Sunday announced the highest number of Covid-19 deaths since the beginning of the pandemic, a representative of nurses said, “The health ministry and the health care system have collapsed” and the government has stopped dealing with the pandemic.

The ministry on Monday announced 542 deaths for the last 24-hour period, which is the highest figure since Iran became the second country after China to experience the coronavirus pandemic in February 2020. The number of new cases also rose to nearly 40,000 on Sunday.
Click to read more 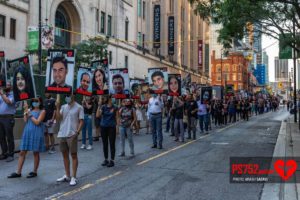 TORONTO, Aug. 06, 2021 (GLOBE NEWSWIRE) — The Association of Families of Flight PS752 Victims (the Association) organized a rally through downtown Toronto on August 5 to express the belief that “Justice is Not Negotiable”. Thousands of Torontonians attended and called for direct action from the Government of Canada and RCMP, including the continued ask to launch a domestic criminal investigation.

With pictures of the 176 victims of Flight PS752 being carried at the front end of the crowd, participants also carried slogans calling on the Government of Canada to hold Iran to account, demanding truth and justice for the downing of the flight. The Association has been advocating for over a year that the RCMP and Commissioner Lucki start a criminal investigation, as well as that the IRGC of Iran, the armed forces responsible for firing the missiles at the aircraft, be listed as a terrorist organization..
Click to read more