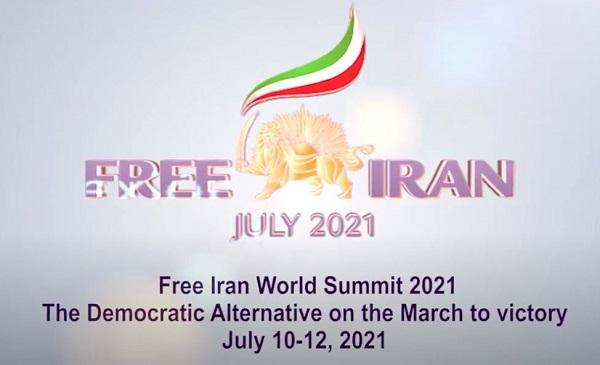 Virtual Event on July 10
2021 Iran Human Rights & Democracy Conference
Tens of thousands of Iranian Diaspora from over 100 countries on five continents will attend online for this year’s 2021 Free Iran Conference. The event will feature more than one hundred prominent politicians and dignitaries from around the world, including dozens of speakers. The annual conference is held in support of the Iranian people and their struggle to create a free and democratic Iran.
Click to read more

Iran: RSF backs call for enquiry into Iranian President-elect’s role in 1988 massacre
Reporters Without Borders (RSF) supports a call by Javaid Rehman, the UN special rapporteur on the human rights situation in Iran, for an international investigation into Iranian President-elect Ebrahim Raisi’s role in the massacre of thousands of political prisoners, including hundreds of journalists, in 1988, when he was a prosecutor.
RSF, July 1, 2021

In an interview for Reuters on 29 June, Rehman said he had an enough evidence to justify opening such an investigation, which RSF thinks would help to shed light on this particularly dark page in Iran’s history.

A cleric who is close to Supreme Leader Ali Khamenei and who is to be installed as Iran’s eighth president on 3 August, Raisi has in the past been both a regular prosecutor and a special prosecutor of the court for clerics. He was also member of a feared commission, known as the “death commission,” that Ayatollah Ruhollah Khomeini appointed in 1988 to interrogate political prisoners, including journalists.
Click to read more 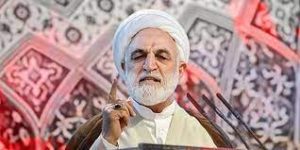 Iran names hardline cleric as top judge amid calls for probe into past abuses
Reuters, July 1, 2021

DUBAI, July 1 (Reuters) – Iran’s supreme leader promoted a hardline cleric to serve as head of the judiciary on Thursday, amid international calls for investigations into allegations of abuses. 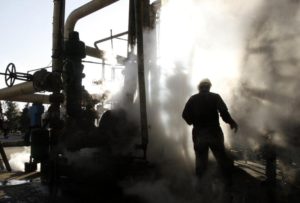 DUBAI, United Arab Emirates (AP) — Thousands of workers in Iran’s vast energy industry have gone on strike over the past week to press demands for better wages and conditions at oil facilities, Iranian media reported Wednesday. The widespread demonstrations underscore the mounting economic pressures on the country as it struggles to secure relief from crippling sanctions.

Footage has spread across social media showing construction workers at 60 oil and petrochemical installations, largely in the country’s oil-rich south, walking off their jobs in protest. In some videos, cars honk and crowds of workers cheer as they stream into the dusty roads, the refinery’s hulking white storage tanks receding behind them.
Click to read more 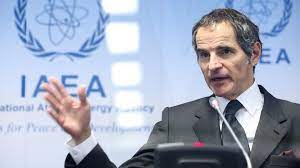 Iran plans to keep video footage of nuclear sites from UN watchdog until a deal with US is reached
CNN, July 2, 2021

(CNN)Iran plans to prevent inspectors from the UN nuclear watchdog reviewing video footage of some nuclear sites until there is an agreement to salvage the Iran nuclear deal, a senior Iranian official told CNN.

The decision puts pressure on talks taking place in Vienna which are seeking to bring the US and Iran back into compliance with the 2015 deal.
“If the talks succeed Iran will surely show the tapes to the IAEA,” the official said. “Sharing the tapes depends on the way that the negotiations will proceed. The key to the question is the agreement. If they agree on something that will open the door for cooperation and better understanding including in the area of transparency.”
Click to read more 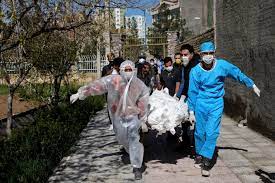 Iran on Sunday reimposed coronavirus restrictions amid fears that a fifth wave of the virus driven by the delta variant could overrun the country’s health-care system, already battered by U.S. sanctions and the region’s worst cycle of outbreaks.

The latest surge comes as Iran has struggled to import vaccines, prompting the country’s leaders to double down on researching and developing its homegrown vaccines.
Click to read more 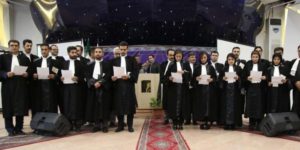 Iran’s National Union of the Bar Association issued a statement on July 4 in protest to new guidelines issued by the Judiciary on June 30.

The National Union said it would not implement revised regulations to the Law of Attorneyship introduced by the judiciary.
The union said that the regulations “violate and restrict the independence of bar associations,” violating citizens’ right to independent legal representation and counsel.
Click to read more 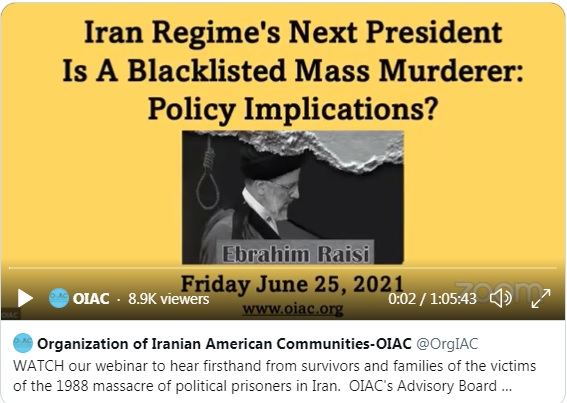