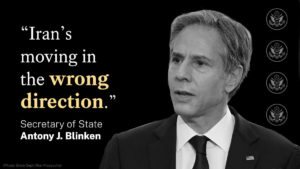 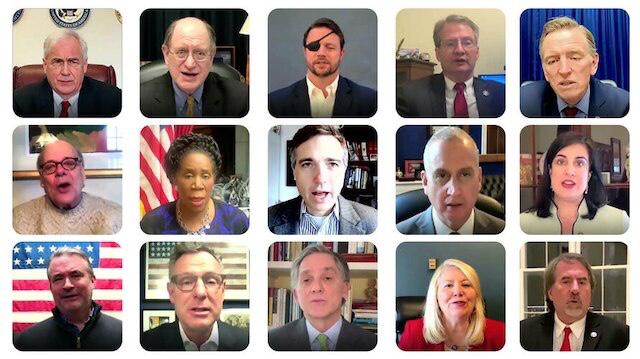 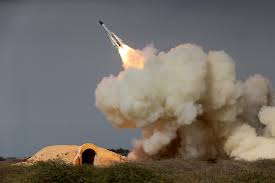 U.S. and Iraqi officials believe that an Iran-backed group with a history of targeting Americans in Iraq was responsible for Wednesday’s attack on an Iraqi airbase that hosts U.S. troops.

While the investigation into the attack on Ain al-Asad air base in the western province of Anbar is still ongoing, officials believe that Kataib Hezbollah, an Iranian-backed paramilitary force, or an affiliated group was responsible, according to two defense officials familiar with early intelligence.
Click to read more 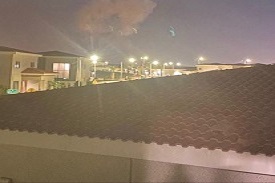 The U.S. will respond as appropriate to a rocket attack last week on an airbase hosting U.S.-led coalition forces in Iraq, Defense Secretary Lloyd Austin said.

While he stopped short of assigning blame on ABC’s “This Week,” an earlier rocket incident prompted U.S. airstrikes against Iranian-backed fighters in Syria in February.

“We’re still developing the intelligence” on the latest attack, Austin said in his first network interview as defense chief. Iran should know “that we’re going to defend our troops and our response will be thoughtful, it will be appropriate.”
Click to read more 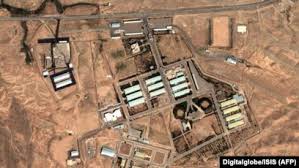 CHICAGO: Leaders of the National Council of Resistance of Iran (NCRI) called on the international community at a press conference on Tuesday to re-enforce sanctions on Iran and not surrender to “Tehran’s blackmailing and posturing.”

NCRI officials revealed new information on how Iran’s Mullahs are carefully building a nuclear weapon while seeking to remove sanctions on its programs.

The latest report by the International Atomic Energy Agency (IAEA) released on Feb. 23 shows anthropogenic uranium particles at two sites in Iran. The Iranian regime had blocked access to these sites to IAEA inspectors for months.
Click to read more 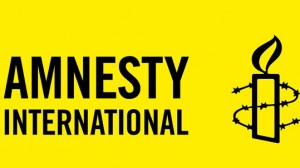 Iran’s Revolutionary Guards unlawfully used lethal force against unarmed fuel porters near the city of Saravan, in Sistan and Baluchestan province, on 22 February, flagrantly violating the absolute prohibition on the arbitrary deprivation of the right to life under international law, said Amnesty International today.

Testimony from eyewitnesses and victims’ families, coupled with video footage geolocated and verified by the organization’s Crisis Evidence Lab, confirms that on that day, Revolutionary Guards, stationed at Shamsar military base, used live ammunition against a group of unarmed fuel porters from Iran’s impoverished Baluchi minority causing several deaths and injuries
Click to read more 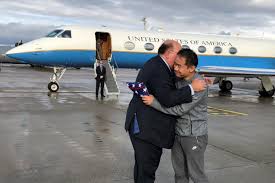 What I Learned in an Iranian Prison
U.S. foreign policy isn’t to blame for the mullahs’ deep-rooted hatred of America and Americans.
The Wall Street Journal, February 24, 2021 by Wang Xiyue

Iran, Europe and many American progressives are pressuring the Biden administration to revive the 2015 nuclear deal known as the Joint Comprehensive Plan of Action, or JCPOA. Official groupthink has coalesced around a singularly misguided belief: The U.S. has so badly mistreated Iran in the past that it must engage and appease the Islamic Republic now. I understand this view because I was once taught to believe it. This mindset is what convinced me in 2016 that I could safely do research for my dissertation in Iran. My optimism was misplaced. Not long after I arrived, I was imprisoned by Iran’s brutal regime and held hostage for more than three years.

When I went to Iran, I shared the prevailing academic view of the Middle East. I had absorbed the oft-repeated lesson that political Islam arose in response to Western colonialism and imperialism, and that the West—particularly America’s Middle East behavior—was chiefly responsible for the region’s chaos. My professors taught that the U.S. had treated Iran with a mixture of Orientalist condescension and imperialist aggression since the founding of the Islamic Republic in 1979. I believed America’s role in the 1953 coup that removed Prime Minister Mohammad Mossadegh explained everything that had gone wrong in Iran. Convinced that the mullahs’ hostility toward the U.S. was exaggerated, I often dismissed allegations of the regime’s malign behavior as American propaganda.
Click to read more