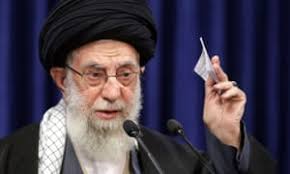 DUBAI (Reuters) -Iran’s Supreme Leader on Friday banned the government from importing COVID-19 vaccines from the United States and Britain, labelling the Western powers “untrustworthy”, as the infection spreads in the Middle East’s hardest-hit country.

In a live televised speech, Ayatollah Ali Khamenei raised the prospect of the two Western countries, long-time adversaries of the Islamic Republic, possibly seeking to spread the infection to other countries.

“Imports of U.S. and British vaccines into the country are forbidden … They’re completely untrustworthy. It’s not unlikely they would want to contaminate other nations,” said Khamenei, the country’s highest authority.
Click to read more 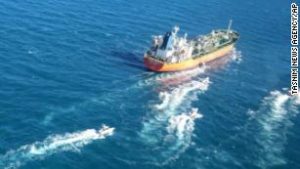 Seoul, South Korea (CNN)The owner of a South Korean-flagged tanker which was seized by Iran in the Persian Gulf on Monday has described how “armed soldiers” boarded the vessel.
The crew of the Hankuk Chemi tanker received a 10 to 20 minute warning from Iranian authorities before the ship was boarded by troops, its owner, DM Shipping Co Ltd., told CNN in a statement Tuesday.

The company said its communication with the tanker was cut off as soon as the ship was seized.
Five South Korean nationals are among the 20 civilian mariners aboard the tanker, the South Korean foreign ministry said. Iran’s ambassador to Seoul told the South Korean government that the sailors who were on board “are safe”, South Korean officials said in a media briefing Tuesday.
Click to read more 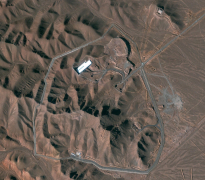 Iran Increases Uranium Enrichment at Key Nuclear Facility
The move is another a series of escalations with the United States. In another provocation, the country seized a South Korean chemical tanker.
The New York Times, January 4, 2021

Iran announced on Monday that it had increased its uranium enrichment levels, bringing it closer to developing the capacity to produce a nuclear weapon within six months.

The resumption of enrichment to 20 percent was the latest in a series of escalations that have followed President Trump’s decision to withdraw the United States from a 2015 nuclear agreement that had limited Iran to enrichment levels of 4 to 5 percent.
Click to read more 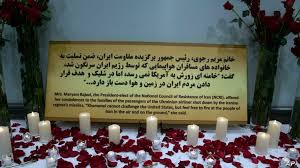 DUBAI, UNITED ARAB EMIRATES – When Navaz Ebrahim learned that a Ukrainian plane had fallen from the sky near Iran’s capital, she didn’t realize her older sister was on the flight. They had just spoken on the phone. Niloufar had promised her, like she always does, that everything was going to be alright.

As news spread of the jetliner that burst into flames and plunged to the ground, killing all 176 on board, Ebrahim called her mother in Tehran, desperate to hear that her 34-year-old sister and brother-in-law, newly married in the northern mountains of Iran, had taken any other plane home to London. Then her mother checked the flight number.
Click to read more

“That plane has crashed into our homes, time and again. It is still falling every night, and we cannot get out of this tragedy. A crime hit us that will never leave anyone alone. I have read a lot of books, I have seen a lot of movies, but I do not remember any book or any movie capable of describing what happened and what is going on.”

This is the story of an Iranian-Canadian Toronto-based dentist, Hamed Esmaeeilion, Dr. Esmaeelioun’s wife, Parisa, 42, and nine-year-old daughter, Reera, perished when a Ukrainian plane was shot down on the morning of January 8 by the Islamic Revolution Guards Corps’ missiles outside Tehran.
Click to read more

Iran execution of child offender breaks international law: UN rights office
The execution of an Iranian man for a crime allegedly committed when he was 16 years old has been condemned by the UN Human Rights Office (OHCHR) and raised concerns over violations of his right to a fair trial.

In a statement released on Thursday, OHCHR spokesperson Ravina Shamdasani pointed out that the execution of Mohammad Hassan Rezaiee was the fourth confirmed for a child offender this year and urged Iran to end the “appalling practice”.

Despite the fact that the execution of child offenders is categorically prohibited under international law, Mr. Rezaiee’s execution took place in Iran in the early morning.

The statement noted that UN High Commissioner for Human Rights Michelle Bachelet strongly condemned the execution and expressed dismay that it was carried out in spite of interventions and OHCHR engagement with the Government of Iran on the issue.
Click to read more