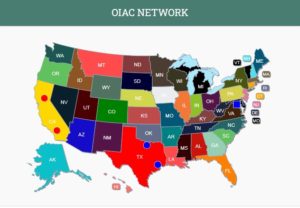 WASHINGTON, DC, USA, December 19, 2020 /EINPresswire.com/ — On December 15, 2020, the Organization of Iranian American Communities (OIAC) hosted a virtual event on US policy toward Iran. The event was titled “Iranian Americans Call for a Comprehensive US-Iran Policy” and featured several members of OIAC’s Advisory Board, members of OIAC’s Young Professionals and Students Chapter, and a panel of Iranian American community leaders. The focus was on countering the escalating human rights violations in Iran as well as the regional and terror threats posed by the Islamic Republic.

With the next U.S. administration set to take office in January 2021, the message of Iranian Americans is clear: The regime in Tehran lacks legitimacy, and the United States should stand with the people of Iran since they hold the real leverage for change from within. A key element in OIAC’s call for a comprehensive US-Iran policy was the need for bipartisanship. The speakers made it clear that the struggle for a free and democratic Iran is not a republican nor a democrat issue; it is an issue of human rights, global peace, security, and stability.
Click to read more 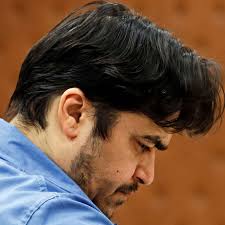 Iran just showed it has no intention of improving ties with the West
The Washington Post, Dec. 15, 2020,

IRAN HAS been signalling its interest in returning to the international agreement curbing its nuclear activities once President-elect Joe Biden takes office next month. But the regime of Ayatollah Ali Khamenei is also demonstrating that improving its tattered relations with the West is not a priority. That was driven home with the execution on Saturday of Ruhollah Zam, a dissident journalist who lived in France before he was abducted and returned to Tehran.

Mr. Zam was hanged after being convicted on charges of “corruption on earth,” a term the regime applies to spying and treason. His actual offense was providing detailed coverage of popular protests that erupted in Iran during 2017 on a website and a Telegram channel called Amad News. The journalist had lived in France since 2011; he left Iran after he was imprisoned for participating in the 2009 Green Movement, another mass uprising.
Click to read more 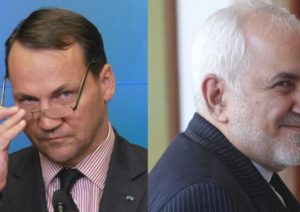 The European Parliament on Thursday [December 17] overwhelmingly passed a resolution(link is external) strongly condemning recent executions in Iran including the execution of the France-based kidnapped Iranian dissident journalist Ruhollah Zam, and urging European leaders to “urgently intervene” to halt the planned execution of Ahmad-Reza Djalali, a 49-year-old Swedish-Iranian doctor and academic.

During yesterday’s EU session, the Polish MEP Radoslaw Sikorski delivered a fiery speech in support of the resolution, and strongly condemning the Islamic Republic regime, calling it an “abomination” to Muslims, a vassal to China, and comparable to Nazi Germany, calling the Islamic Republic’s Foreign Minister Mohammad Javad Zarif “a smiling Ribbentrop”. Joachim von Ribbentrop was the Foreign Minister of Nazi Germany who was fluent in English and would justify or deny the crimes of the Nazi regime.
Click to read more

How an Iranian spy penetrated Ahwazi-Arab circles to honey trap Habib Chaab
A member of Iran’s minority Ahwazi-Arab community, Chaab quietly left for Turkey without informing his party about the real purpose of his visit. We speak to sources who knew the alleged Iranian spy.
TRTWorld, Dec. 18, 2020

Iran was found to be behind the smuggling of a prominent Ahwazi-Arab opposition figure, Habib Chaab, in a cross-border kidnap plan that was executed in early October.

Habib Chaab, former President of the Arab Struggle Movement for the Liberation of Al-Ahwaz (ASMLA), flew to Turkey on October 9 to meet with ‘Sabreen’, a female spy acting on behalf of the Iranian intelligence service.
Click to read more 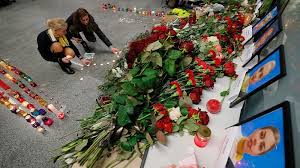 Flight PS752 The long road to transparency, accountability and justice
Report of the Special Advisor to the Prime Minister
Government of Canada, Dec. 2020

Together with a great many Canadians, I shared strong feelings of shock, grief and outrage as news unfolded last January of the horrible aviation disaster in Iran in which a Ukrainian commercial passenger jet (Flight PS752) had been destroyed by Iranian missiles, taking 176 innocent lives, including 138 with ties to Canada. I had no idea then that Prime Minister Trudeau would ask me to assist the Government of Canada in its ongoing response to this very Canadian tragedy. It has proven to be one of the toughest, most moving assignments I have ever undertaken.

At the centre of it all are the families of the victims. I have had the privilege of meeting with different groups of them several times—virtually, for the most part, because of the COVID-19 pandemic. Nonetheless, each encounter is profoundly emotional because the families’ grief and anguish are so real and ongoing. They tell their personal stories. They describe their loved ones, now gone. They mourn the rich human potential so cruelly destroyed. They ask questions. They yearn for the truth. All of that is powerful motivation for Canadians to remain dogged and unrelenting in our search for the transparency, accountability and justice the families need and deserve.
Click to read more 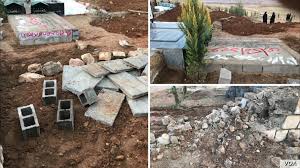 WASHINGTON – Iranian authorities have damaged the gravesite of a wrestler-turned-opposition activist whom they executed in September, in the latest escalation of what an informed source describes as a government harassment campaign against the wrestler’s family.

In a Friday interview with VOA Persian from Iran, the source close to the family of executed wrestler Navid Afkari said authorities in Sangar village in the southwestern province of Fars used heavy equipment to destroy two walls around Akfari’s gravesite the day before.
Click to read more