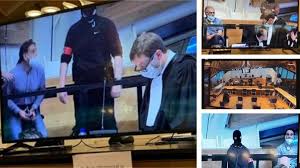 An Iranian diplomat accused of being behind a foiled 2018 terror attack against an Iranian dissident group near Paris invoked diplomatic immunity as he skipped his first day of trial Friday.

Assadollah Assadi, an Iranian diplomat based in Vienna, was one of four arrested for an alleged plot to bomb an annual gathering of Iranian dissident groups in Paris. They each face up to 20 years in prison for attempted terrorist murder and participation in the activities of the terrorist group.
Click to read more 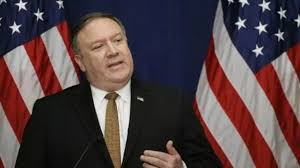 WASHINGTON – The U.S. announced economic sanctions Friday on Chinese and Russian companies that Washington said had supported the development of Iran’s missile program.

The four firms, accused of “transferring sensitive technology and items to Iran’s missile program,” will be subject to restrictions on U.S. government aid and on their exports for two years, Secretary of State Mike Pompeo said in a statement.
Click to read more 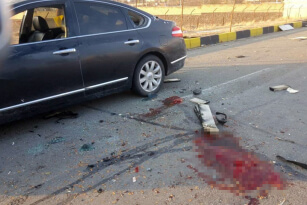 One of Iran’s top nuclear scientists — who’s been accused of leading the Islamic republic’s atomic-weapons program — was killed Friday in an ambush that Iranian officials blamed on Israel, according to reports.

Mohsen Fakhrizadeh was shot by assassins who attacked a vehicle in which he was traveling through the city of Absard, outside the capital of Tehran, state media said.
Click to read more 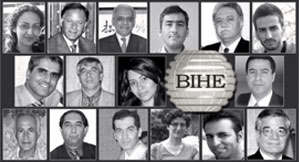 “Deficient filing” is a familiar term to Baha’i youth in Iran who want to enter university and carry on their education like any other citizen enjoying one of their most fundamental rights.

Iranian Baha’is have been denied permission to study at the country’s universities since the downfall of Iran’s pro-West monarch and establishment of the Islamic Republic in 1979.
Click to read more 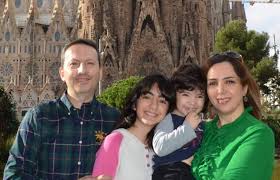 Responding to news that Ahmadreza Djalali, an Iranian-Swedish specialist in emergency medicine, has been transferred to solitary confinement in Evin prison and told by the prosecution authorities that his death sentence will be carried out imminently, Amnesty International’s Deputy Director for the Middle East and North Africa, Diana Eltahawy, said:
“We were horrified to learn that the authorities have instructed the office in charge of implementing sentences to transfer Ahmadreza Djalali to solitary confinement and implement his death sentence no later than a week from 24 November.
Click to read more

Iran’s bomb to take out foes in Paris

Attack on Amnesty International is an assault on the Justice Movement