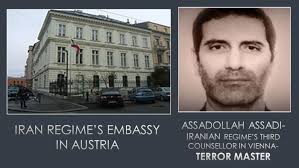 Iran vows ‘retaliation’ as diplomat accused of giving out bomb in Pizza Hut in terror plot
An Iranian diplomat will go on trial accused of handing over a powerful bomb to a couple in a Pizza Hut restaurant to detonate at an anti-Tehran rally.
Express.co.uk, Nov. 15, 2020

The diplomat, Assadollah Assadi, 48, who is believed to be a member of Iran’s intelligence service, will go on trial in Antwerp next week along with three other suspects. A serving diplomat has never before been arrested and charged with terrorism in Europe. They are accused of terrorism offences following a two-year investigation into an alleged plot to target the National Council of Resistance of Iran (NCRI)’s annual rally, in Villepinte, in the northeast suburbs of Paris, on June 30, 2018. Rudy Giuliani, the former New York mayor and lawyer for Donald Trump and Theresa Villiers, the former environment secretary in the UK, were among those attending the event.

Belgian investigators also believe their actions were approved at the highest level in Tehran.
Click to read more 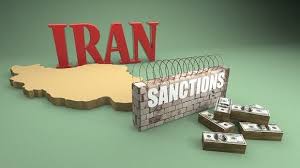 WASHINGTON – The U.S. Department of the Treasury’s Office of Foreign Assets Control (OFAC) took action today against a key patronage network for the Supreme Leader of Iran, the Islamic Revolution Mostazafan Foundation (Bonyad Mostazafan, or the Foundation), an immense conglomerate of some 160 holdings in key sectors of Iran’s economy, including finance, energy, construction, and mining. While Bonyad Mostazafan is ostensibly a charitable organization charged with providing benefits to the poor and oppressed, its holdings are expropriated from the Iranian people and are used by the Supreme Leader Ali Khamenei to enrich his office, reward his political allies, and persecute the regime’s enemies. 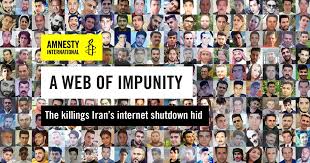 In November 2019, security forces in Iran killed at least 304 men, women and children during five days of protests which swept across the country.Security forces used lethal force unlawfully against the vast majority of protesters and bystanders killed, shooting most to the head or torso, indicating intent to kill. To this day, no official has been held accountable for the unlawful killings.
The deadly crackdown was accompanied by the authorities shutting down access to the internet for most of the population.
Click to read more 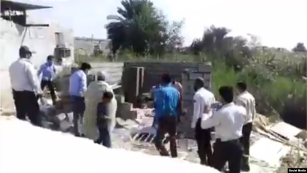 A video is circulating on Iranian social media showing officers from the Bandar Abbas municipality destroying a single mother’s shed has triggered a series of protests on the internet. The state-run Iran Labor News Agency, ILNA, reported on Thursday that the woman had set herself on fire.

According to Bandar Abbas mayor Abbas Aminzadeh, “They were building a house on occupied land. After several warnings and notifications for evacuation, the authorities demolished the building by official order.”
Click to read more 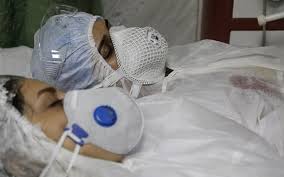 Nurses in Iran Are Overworked, Underpaid, and Getting Sick
Iran Focus, Nov. 20, 2020

The coronavirus pandemic has been a living nightmare for many countries, with governments across the world forced to look at their healthcare system, especially their medical staff who are bearing the brunt.

Many countries have taken special measures to ensure the mental and physical health of key workers so that they can continue to take care of patients.

This is not the case in Iran. Medical staff get no special treatment. In fact, many of them with salaries of roughly $100 a month—four to five times under the official poverty line—have not been paid for several months, which Health Ministry officials have admitted.
Click to read more