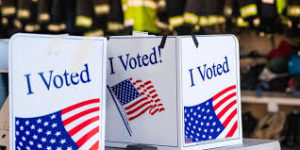 Crafting a U.S.-Iran Policy After the 2020 Election
A nonpartisan approach in Congress is essential for forming a cohesive long-term policy for the country
US News, Oct. 29, 2020

WITH RECORD NUMBERS OF Americans actively casting their ballots to decide who will assume the presidency of the United States and serve as their elected representatives in both of houses of Congress – and with domestic concerns from COVID-19 to the economy and social unrest dominating headlines – it is easy to lose sight of looming foreign policy challenges that await U.S. leaders in 2021.

While Donald Trump or Joe Biden will face a range of global issues over the next four years, no security challenge is more urgent than the continued threat posed by the Islamic Republic of Iran. The five recommendations outlined below constitute a nonpartisan vision for sound policymaking on Iran in 2021 and beyond:
Click to read more 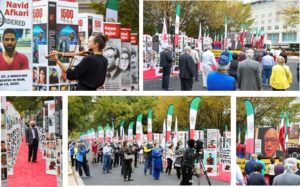 WASHINGTON, DC, October 21, 2020 – In an elaborate photo exhibition held by the Organization of Iranian American Communities (OIAC) outside the U.S. Department of State building in Washington, DC, prominent speakers and supporters of democratic opposition coalition, the National Council of Resistance of Iran (NCRI), highlighted four decades of systemic arrests, torture and executions in Iran and called on the international community to hold perpetrators of these crimes accountable. 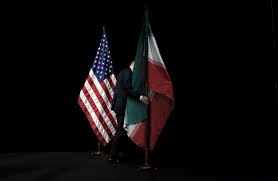 (CNN)The Iranian hackers suspected of posing as the Proud Boys and sending threatening emails to potentially thousands of American voters accessed voter registration data in at least one state, US federal officials said Friday evening.
The hackers had posted a video online last week that purported to show they had access to information about American voters.

The FBI and the government’s cybersecurity agency, Cybersecurity and Infrastructure Security Agency (CISA), said Friday that the Iranians had “obtained voter registration data in at least one state.”
Click to read more 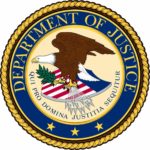 The Justice Department today announced the filing of a complaint to forfeit two shipments of Iranian missiles that the U.S. Navy seized in transit from Iran’s Islamic Revolutionary Guard Corps (IRGC) to militant groups in Yemen, as well as the sale of approximately 1.1 million barrels of Iranian petroleum that the United States previously obtained from four foreign-flagged oil tankers bound for Venezuela.

These actions represent the government’s largest-ever forfeitures actions for fuel and weapons shipments from Iran.
Click to read more 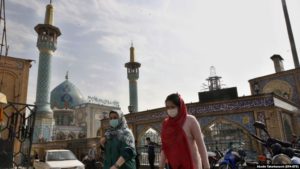 DUBAI – Iran’s daily tally of coronavirus deaths hit a record high of 434 on Sunday, the Health Ministry announced, and the head of a top medical body said the actual toll was at least three times higher than the official count.

The deaths, announced by Health Ministry spokeswoman Sima Sadat Lari on state TV, take the official toll to 35,298 in the Middle East’s worst-hit country. She said the number of confirmed coronavirus cases increased by 7,719 to 620,491.
Click to read more 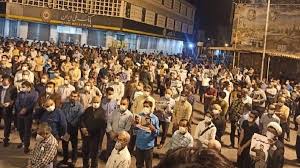 Mohammad Reza Yazdi, the commander of the Revolutionary Guards’ (IRGC) Mohammad Rasulallah brigade in Tehran, told state-run television on Monday that the role of his forces in the suppression of the people has increased dramatically since 2018, which was just after a major upheaval threatened to unseat the entire ruling system.
Click to read more

Iran’s impunity of crimes against humanity