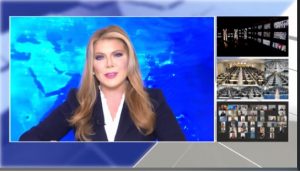 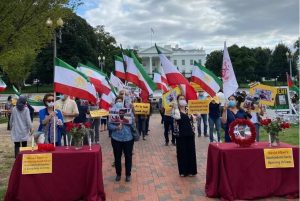 OIAC statement: Washington DC – September 12, 2020: The shocking news on the secrete execution of Navid Afkari in the city of Shiraz, after months of horrific torture and forced “confession”, should serve as another reminder that the cruel and barbaric regime of Iran must go. In the early hours of September 12, the Iranian regime killed the 27-year-old wrestling champion, Navid Afkari, without any notification to his lawyer or family members.

In his own voice, Navid called on the international community to bear witness to “an innocent person who did all he could to make his voice heard was executed. Know that if I get executed, I will not be the first innocent victim of this system of injustice. I did all I could try to make them understand that they are killing an innocent person…from day one of my arrest, my family and I entered a staged show with the judges and how played us. There are no means or money at my disposal. The only power we have left is the energy and the voice of the freedom-loving people.”
Click to read more 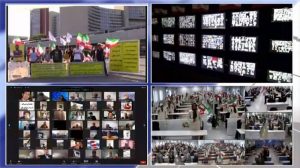 Sen. Ted Cruz touted the Trump administration’s move to try to “snapback” international sanctions against Iran despite pushback from some members of the United Nations Security Council.

Cruz was one of several high-profile speakers at the virtual summit on Friday hosted by the National Council of Resistance of Iran, a leading dissident group that advocates for regime change in Iran. The summit coincided with this week’s opening of the 75th session of the U.N. General Assembly.
Click to read more 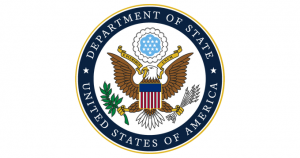 The Return of UN Sanctions on the Islamic Republic of Iran
State.gov, Sept. 19, 2020

The Trump Administration has always understood that the greatest threat to peace in the Middle East comes from Islamic Republic of Iran, whose violent efforts to spread revolution have killed thousands and upended the lives of millions of innocent people. History shows appeasement only emboldens such regimes. Thus today, the United States welcomes the return of virtually all previously terminated UN sanctions on the Islamic Republic of Iran, the world’s leading state sponsor of terror and anti-Semitism.

Sanctions are being re-imposed on Iran pursuant to the snapback process under UN Security Council resolution (UNSCR) 2231. On August 20, the United States notified the President of the Security Council of Iran’s significant non-performance of its JCPOA commitments. This notification triggered the 30-day process leading to the snapback of previously terminated UN sanctions, which became effective at 8pm Eastern Daylight Time on September 19. This means that starting today, all of the provisions of UNSCRs 1696, 1737, 1747, 1803, 1835, and 1929 that were terminated by UNSCR 2231 are back in effect. Furthermore, the measures contained in paragraphs 7, 8, and 16 to 20 of UNSCR 2231 are now terminated.
Click to read more 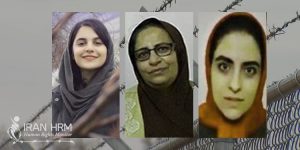 The two criminals have been identified as Zeinab Ghanbarnejad (a.k.a. Zeinab Saratani) and Narges Amir Ali. 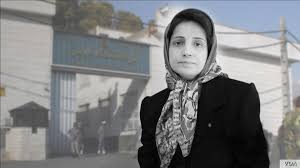 TEHRAN, IRAN – Imprisoned Iranian human rights lawyer Nasrin Sotoudeh has been hospitalized after being “severely weakened” after a hunger strike that lasted more than 40 days, her husband said Saturday.

She was transferred to the cardiac care unit shortly after being taken to the emergency ward of Tehran’s Taleghani hospital, Reza Khandan told AFP over telephone.
Click to read more

Recognition of Struggle for Free Iran