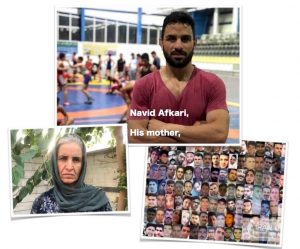 Washington DC – September 12, 2020: The shocking news on the secrete execution of Navid Afkari in the city of Shiraz, after months of horrific torture and forced “confession”, should serve as another reminder that the cruel and barbaric regime of Iran must go. In the early hours of September 12, the Iranian regime killed the 27-year-old wrestling champion, Navid Afkari, without any notification to his lawyer or family members.

In his own voice, Navid called on the international community to bear witness to “an innocent person who did all he could to make his voice heard was executed. Know that if I get executed, I will not be the first innocent victim of this system of injustice. I did all I could try to make them understand that they are killing an innocent person…from day one of my arrest, my family and I entered a staged show with the judges and how played us. There are no means or money at my disposal. The only power we have left is the energy and the voice of the freedom-loving people.”
Click to read more 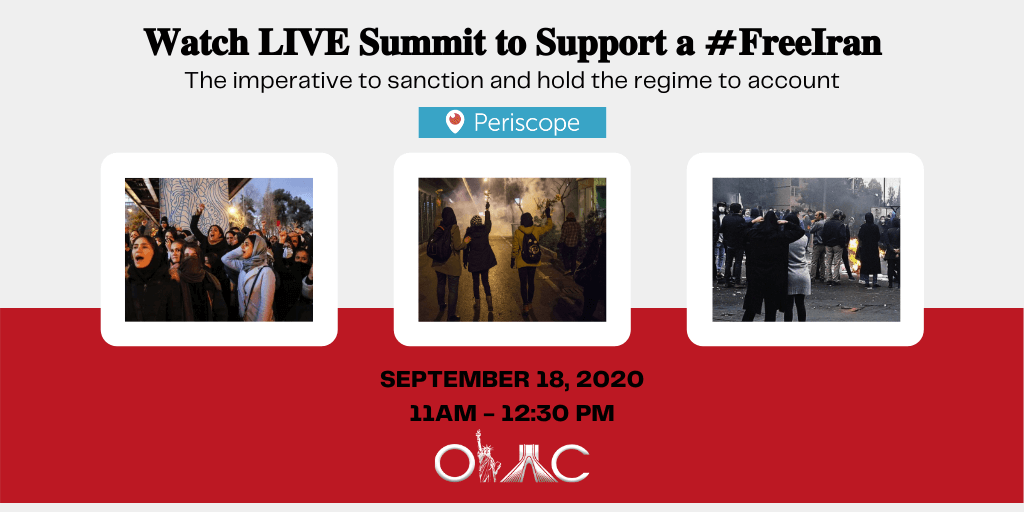 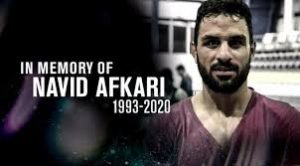 The Iranian regime has hanged 27-year-old champion wrestler Navid Afkari after international backlash grew against the jailed protester’s conviction, according to the country’s state-run news agency.

Afkari was executed at a prison in Shiraz on Saturday, Iranian state-run news reported. The wrestler was handed two death sentences after being accused of killing a security guard during anti-regime protests in 2018, but Afkari maintained his innocence and claimed he was forced to confess after brutal torture.
Click to read more 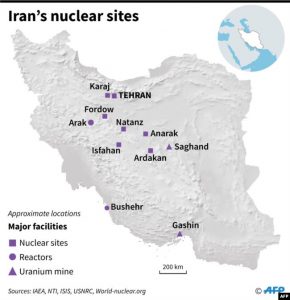 Iran Building New Site ‘In The Heart Of The Mountain’ Near Natanz
Radio Farda, Sept. 8, 2020

Iran says it has begun to build an underground hall near the country’s main uranium-enrichment center in Natanz in the wake of a July explosion that badly damaged a building housing centrifuges.

“It was decided to establish a more modern, wider, and more comprehensive hall in all dimensions in the heart of the mountain near Natanz,” the head of Iran’s Atomic Energy Organization, Ali Akbar Salehi, said on September 8, according to state TV.
Click to read more 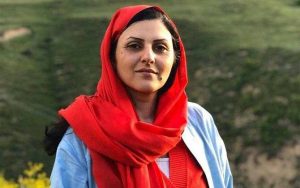 On the anniversary of the execution of three Kurdish men, political prisoner Golrokh Ebrahimi Iraee, wrote a letter from Qarchak Prison protesting the conditions of the inmates and the violation of their rights.

About the situation of “the largest women’s prison in the Middle East,” she wrote in this letter, “Life does not exist” in this Qarchak prison and “this is what could be said in a nutshell.”
Click to read more 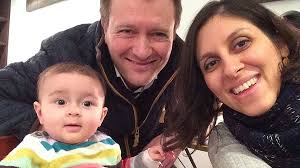 Dual British-Iranian citizen Nazanin Zaghari-Ratcliffe, jailed for five years in Iran on spying charges, will face a new trial in the coming days. Her sentence was to expire next April but she has been hit with new charges that have not been made public. The charity worker and her young daughter were detained at Tehran’s airport in 2016 after visiting her family. She strongly denies all the charges against her. As Henry Ridgwell reports, her family believes she is being used as a bargaining chip in a dispute over payment for tanks purchased before the Iranian Revolution but never delivered.
Click to read more