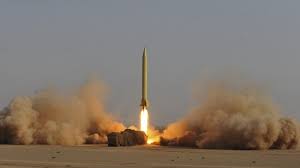 Secretary of State Mike Pompeo blasted Iran’s satellite launch this week as “dangerous” and “provocative” and urged the international community to intervene.

“For years, Iran has claimed its space program is purely peaceful and civilian,” Pompeo said in a statement Saturday. “The Trump Administration has never believed this fiction. This week’s launch of a military satellite by Iran’s Islamic Revolutionary Guard Corps, a designated Foreign Terrorist Organization, makes clear what we have said all along: Iran’s space program is neither peaceful nor entirely civilian.”

Iran’s Revolutionary Guard launched its first satellite into space Wednesday, dramatically revealing what experts described as a secret military space program that could advance its ballistic missile development amid wider tensions between the Islamic Republic and the U.S.

Using a mobile launcher at a new launch site, the Guard said it put the “Noor,” or “Light,” satellite into a low orbit circling the Earth.

Iranian state TV late Wednesday showed footage of what it said was the satellite and said it had orbited the earth within 90 minutes. It said the satellite’s signals were being received.
“The most recent military launch, which was developed and conducted in secret, proves that these statements were lies,” Pompeo said.

The launch comes as Iran has abandoned all the limitations of its tattered nuclear deal with world powers that President Trump unilaterally withdrew America from in 2018. Trump’s decision set off a monthslong series of escalating attacks that culminated in a U.S. drone strike in January that killed a top Iranian general in Iraq, followed by Tehran launching ballistic missiles at American soldiers in Iraq.
Click to read more 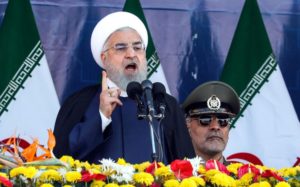 The Trump administration is working on new efforts to “enforce and expand” its maximum pressure campaign on Iran in the wake of increased military threats, including Tehran’s launch last week of a spy satellite.

The White House will continue to amp up the economic pressure on Iran until it comes to the table for “comprehensive negotiations,” a demand Tehran has rejected since President Donald Trump took office, a senior Trump administration official told the Washington Free Beacon.

Officials are contemplating an array of options including sanctions on Iran’s sponsorship of regional terror groups operating in Iraq, Yemen, Syria, and Lebanon—military hotspots where Tehran arms and directs militia groups including Hezbollah. Other efforts are currently taking place at the United Nations, where the Trump administration is laying the groundwork to expand an embargo on Iran’s purchase of military equipment from countries like Russia and China.

“The president has been clear that the United States will enforce and expand maximum pressure to impose costs on Iran’s malign behavior so the regime will enter comprehensive negotiations,” the senior administration official told the Free Beacon.

The increased pressure on Iran comes less than a week after Iran’s Islamic Revolutionary Guard Corps (IRGC) successfully launched its first-ever military satellite, marking a significant step in Iran’s ballistic missile program, portions of which would be legitimized if the U.N. arms embargo were lifted. Iran has also stepped up aggressive action in the Persian Gulf and recently threatened to attack 400 U.S. military sites around the world.

For months, the Trump administration has been working behind the scenes at the U.N. to ensure the current arms embargo on Iran is not lifted later this year. It has accelerated these efforts in recent weeks, making the case to member nations that Iran’s access to advanced weaponry would pose a significant terror and proliferation risk.
Click to read more 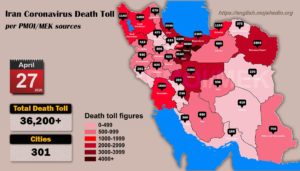 After Hassan Rouhani’s remarks yesterday, the Ministry of Health has declared 127 cities as white zones (clear from virus), but local regime officials in various provinces reject that assessment one after another, stressing that the status is red and alarming.

Though the regime’s Health Ministry has declared nine cities white in Isfahan Province, Kamal Heydari, deputy director of Isfahan University of Medical Sciences, told the state-run news agency, IMNA, “Currently, we do not have a white spot in Isfahan Province. Isfahan Province is red…”
In Sistan and Baluchestan, the Ministry of Health has declared six cities virus free. Still, Seyed Mohammad Hashemi-Shahri, president of Zahedan University of Medical Sciences, told the state official news agency, IRNA, “The trend of Coronavirus spread in Sistan and Baluchestan has changed alarmingly … The fact is that not only is there no evidence of an end to the virus outbreak, but also we are probably at the starting point of its second peak.”

In Khuzestan, the Health Ministry has declared 12 cities as virus-free zones. Today, however, Seyed Mohammad Alavi, the president of Ahvaz’s Jundishapur University of Medical Sciences told the state-run daily, Behdasht news, “The Coronavirus infection in Khuzestan has increased by 50 percent in the past week.”

Meanwhile, the representative of the Health Ministry in Gilan, told IRNA, “There is no place in the Province that could be considered clear from the virus (White); we are still in danger.”
In Mashhad, the president of the University of Medical Sciences, told the state-run news agency, Tasnim, “The situation in Mashhad has not yet turned white, and the number of people infected with the Coronavirus has increased in the past 24 hours.”
Click to read more 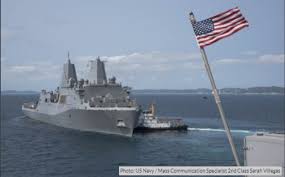 President Trump said he authorized the US Navy to “destroy” any Iranian gunboats if they hound American vessels – as the Islamic Republic announced it successfully launched a military satellite into orbit.

“I have instructed the United States Navy to shoot down and destroy any and all Iranian gunboats if they harass our ships at sea,” the president said in a tweet on Wednesday, without providing more details.
The post comes a week after 11 Iranian gunboats harassed US Navy and Coast Guard ships in the Persian Gulf.

The Navy called Iran’s maneuvers “dangerous and provocative.” The boats, part of the Islamic Revolutionary Guard Corps navy, approached within 10 yards of the Coast Guard cutter Maui. USS Paul Hamilton. a destroyer, and the USS Lewis B. Puller, an expeditionary mobile base vessel, were also targeted.

The US ships responded by sending warnings through bridge-to-bridge radio and blasting horns. After an hour, the Iranian boats backed off and “opened distance between them.”
The US ships had been conducting military exercises in that section of the Persian Gulf.Trump’s tweet on Wednesday came as Iran announced it had successfully launched its first military satellite into orbit.

Secretary of State Mike Pompeo said Iran’s action was inconsistent with UN resolutions.
“I think every nation has an obligation to go to the United Nations and evaluate whether this missile launch was consistent with that Security Council resolution,” Pompeo said at a news conference.
“I don’t think it remotely is, and I think Iran needs to be held accountable for what they have done,” he added.

The US military warned that the type of long-range ballistic technology Iran used to put satellites in orbit could be used to launch long-range missiles – possibly with nuclear warheads.
Click to read more 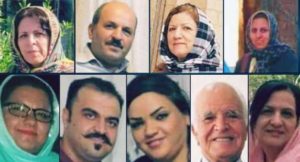 A revolutionary court in the city of Birjand in northeast Iran sentenced nine members of the Baha’i faith to a total of 51 years and eight months in prison.

They were convicted of “membership in an illegal organization against national security (a reference to the persecuted faith),” and “propaganda in favor of the Baha’i community as an organization opposed to the Iranian regime.” The nine were arrested in October 2017 for attending a Baha’i ceremony in Birjand, the capital city of South Khorasan province.

The agents raided their homes and confiscated several personal belongings after inspecting.
In 2019, they were summoned and questioned twice. After the April 20, 2020 trial, they were sentenced to a total of 51 years and 8 months in prison. In June 2019, the Birjand Revolutionary Court sentenced nine other Baha’i citizens to a total of 54 years in prison.

Followers of the Baha’i faith are systematically harassed and persecuted. They are denied equitable access to employment, education, and political office. In addition, they are not allowed to exercise any economic, social, or cultural rights.
Click to read more 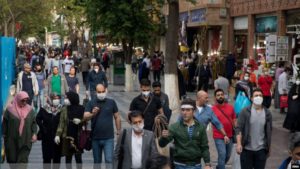 Amid concerns about a second wave of the coronavirus outbreak in Iran as a result of an early end to social distancing, officials are considering the re-opening of cinemas and religious centers.

Meanwhile, President Hassan Rouhani is under political pressure by influential supporters and opponents of an early end to social distancing.Local officials in the three provinces of Khuzestan, Fars and Zanjan have already broken the news about a rise in the number of COVID-19 patients in those regions and have characterized the situation as “alarming.”

Gholamreza Shariati, the governor general of Khuzestan says the outbreak has gone wild in the provincial capital Ahvaz. Shariati attributed the rise in the number of patients to “people’s carelessness” during the past 10 days.

Iranian officials have been systematically blaming the people rather than the government’s decision to relax social distancing arrangements during the past two weeks. The Iranian Parliament has tabled a motion that calls for fining and jailing those who make others ill because of their “carelessness.”
Nevertheless, Shariati said “the situation is under control,” but refused to give away any figures on the epidemic in Ahvaz or the Khuzestan as a whole.

Ali Akbari, a member of the Iranian Parliament (Majles) from Shiraz, Fars Province has also said the outbreak is ascending during the past 10 days. He attributed the rise in the number of COVID-19 patients in his province to the lifting of the ban on road traffic. Akbari said there is a lot of concern about the start of the second wave of COVID-19 outbreak.
Click to read more 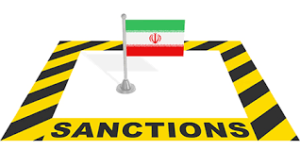 Washington Examiner, April 25, 2020 by Editorial Board
As the coronavirus causes oil prices to plunge and rips through Iran, that nation’s terrorist regime has assumed an increasingly aggressive posture toward the United States.

Islamic Revolutionary Guard Corps boats are taking the occasion to escalate their harassment of U.S. Navy warships in the Persian Gulf. Their typical tactic is to approach at high speed and then veer off at the last moment, taunting sailors with the possibility of a suicide attack. It’s a tactic, thanks to previous Iranian actions such as the 1983 Marine barracks bombing in Beruit, Iran knows the U.S. military cannot ignore.
Also, the IRGC seized, albeit only temporarily, an international tanker in the Gulf of Oman. The group’s proxies have also launched repeated rocket attacks on U.S. military bases in Iraq, killing two people and wounding others.

Along with these provocations, Iran’s leaders, the same malicious incompetents responsible for downing a plane full of their own citizens, have stepped up their threatening language beyond the usual bluster.
This escalation demands the Trump administration’s attention. To be clear, this is not a confluence of actions borne of lower-ranking Iranian commanders. It is a deliberate choice by Tehran to advance its agenda amid the pandemic. Ayatollah Ali Khamenei is seeking sanctions relief as the coronavirus pandemic bites hard on his nation. The collapse in oil prices has meant that Iran’s already broken economy is near being totally devoid of foreign capital. The regime, in short, is a starving beast, cornered and dangerous. This is no time to accede to its demands.

We sympathize with the Iranian people here. Their regime lied about their downing of a Ukrainian passenger airliner in early January, then lied about the early outbreak of the virus on their soil. After failing to advise Iranians to take adequate precautions, Iran’s government continues to lie about the numbers who have died. The suffering of this ancient people has been immense at the hands of their current regime.
Click to read more