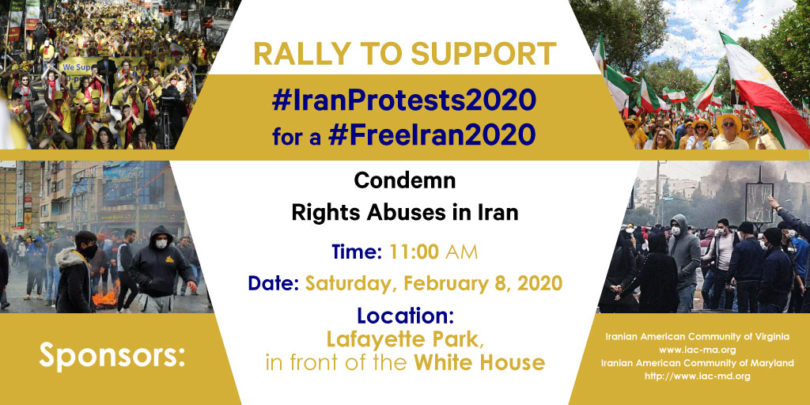 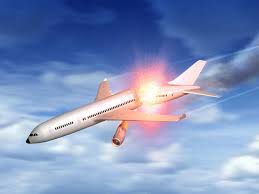 A Leaked Audio Recording Shows Iran Knew Immediately It Had Shot Down A Ukrainian Plane
The head of the Iranian investigation team said Iran would no longer share information with Ukraine after the leak of the recording, which was also confirmed as genuine by Ukraine’s president.

KYIV — A leaked audio recording of a conversation between an Iranian air traffic controller and an Iranian pilot suggests authorities in Tehran knew immediately that a Ukrainian passenger jet had been shot down, killing all 176 people on board.

The recording, broadcast by a Ukrainian TV channel Sunday night, has been acknowledged as genuine by Ukrainian President Volodymyr Zelensky and the head of the Iranian investigation team.

On the recording, the pilot of an inbound passenger plane heading for Tehran’s Mehrabad International Airport on the morning of Jan. 8 describes witnessing something resembling a missile being fired, followed by a midair explosion. The pilot says that he can see a burning object flying through the air. The baffled air traffic controller responds by saying nothing like that should be happening and asks if it’s flying toward Tehran, to which the pilot says that it’s flying from the Iranian capital.

The exchange provides another piece of the still-murky puzzle about the tragic downing of the Kyiv-bound Ukraine International Airlines Flight 752. It also adds evidence to the argument of Ukrainian and Western officials that Iranian authorities likely knew immediately that two missiles were fired toward the Boeing 737 — if air traffic control was aware of something as hazardous as a missile being fired, it’s likely to have notified government officials straightaway.

The recording was obtained and first aired by the Ukrainian 1+1 TV channel’s TSN news program, which shared the unedited five-minute clip exclusively with BuzzFeed News. TSN journalist Andriy Tsaplienko said the audio recording was passed to him from an intelligence source who wished to remain anonymous because of restrictions on contacts with media during the investigation into the incident.
Zelensky confirmed the recording’s authenticity during the TSN program. On Monday, Hassan Rezaeifar, head of the Iranian investigation team, confirmed it too and suggested Iran would cut cooperation with Ukraine due to the conversation being published, Iran’s Mehr News Agency reported. 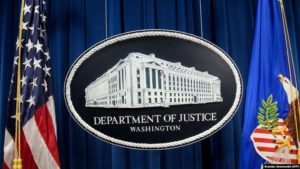 A court in the United States has charged an Iranian-Canadian with fraud, circumventing sanctions imposed on Iran, and lying to federal agents about sending more than $115 million to Iranian individuals and entities in the Islamic Republic.

“Bahram Karimi was charged with conspiring to commit bank fraud, and making false statements in connection with his involvement in a joint project initiated by the Governments of Iran and Venezuela in which more than $115 million was illegally funneled through the U.S. financial system for the benefit of various Iranian individuals and entities,” the Department of Justice (DoJ) reiterated on Friday, January 31.
Based on the documents presented to the court, In August 2004, the governments of Iran and Venezuela entered into an agreement regarding an infrastructure project in Venezuela, which was to involve the construction of 7,000 housing units in Venezuela.

Iranian-Canadian, Bahram Karimi, was a member of the committee and responsible for managing the project in Venezuela.

“Karimi lied to banks about Iranian involvement and took advantage of the U.S. financial system to benefit Iranian parties,” Assistant Attorney General for National Security, John C. Demers, told the court on Friday.
The prosecution of the case is being handled by the Office’s Terrorism and International Narcotics Unit, and in a court presided by the U.S. District Judge Alison J. Nathan.

There is no report yet on the reaction of 53-year-old Karimi and his attorneys to the charges.
If convicted, Karimi could face up to thirty years in jail for the first two charges, and five years for the third. 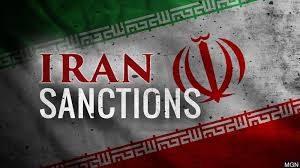 US hits Iran with new sanctions, keeps some waivers in place
AP, January 29, 2020

WASHINGTON (AP) — The Trump administration said Thursday that it will continue — at least for now — its policy of not sanctioning foreign companies that work with Iran’s civilian nuclear program. But to signal that its pressure campaign against Tehran continues, Treasury announced new sanctions targeting the head of Iran’s nuclear program and the agency he directs.

Brian Hook, U.S. envoy to Iran, said the U.S. would renew for 60 days sanctions waivers that permit Russian, European and Chinese companies to continue to work on Iran’s civilian nuclear facilities without running afoul of U.S. sanctions. The waivers are among the last remaining components of the 2015 nuclear deal that President Donald Trump pulled out of in 2018.

Hook told reporters at the State Department that although the waivers will remain in place, the U.S. would closely monitor all aspects of Iran’s nuclear program and said Secretary of State Mike Pompeo can “end these projects as developments warrant.”

Iran hard-liners in Congress, including Republican Sens. Ted Cruz of Texas and Tom Cotton of Arkansas, have argued that the waivers should be revoked because they give Iran access to technology that could be used for weapons.

Those who supported the U.S. participation in the nuclear deal say the waivers give international experts a valuable window into Iran’s atomic program that might otherwise not exist. They also say some of the work, particularly on nuclear isotopes that can be used in medicine at the Tehran reactor, is humanitarian in nature.

New sanctions against Iran that the U.S. announced on Thursday target Atomic Energy Organization of Iran and its director, Ali Akbar Salehi. The sanctions freeze any assets that Salehi has within U.S. jurisdiction. 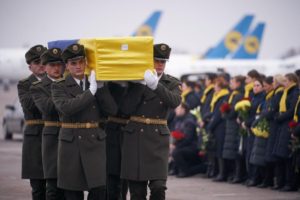 Iran said it would cease sharing evidence with Ukraine about last month’s downing of a passenger airliner, accusing Kyiv of releasing confidential information that suggests Tehran knew its missiles had shot down the plane but initially tried to cover up the fact.

The Ukraine International Airlines Flight 752 crashed on Jan. 8, hours after Iran launched missiles targeting U.S. positions in Iraq in retaliation for the targeted killing of a top Iranian military commander. Iran’s military denied for days Western allegations the plane had been hit by an Iranian missile, before acknowledging a junior officer on high alert for a U.S. response to the strikes mistakenly shot the jet.
When that admission sparked protests at home—with some Iranians accusing their leadership of lying—the government said it hadn’t initially been aware of the missile strike.

But an unverified audio recording of communication between an air-traffic control tower and an Iranian civilian plane, which was in the air at the same time the Ukrainian airliner crashed, indicates that Iranian civilian aviation authorities immediately knew the cause of the crash to be a possible missile strike.
The alleged audio leak seemed designed to pressure Iran to release information about the crash, after weeks of demands from Kyiv that Tehran send the plane’s black boxes back home for analysis.

Ukrainian, Canadian and other Western leaders have demanded a transparent investigation. Foreigners, predominantly Canadian citizens, lost their lives in the crash alongside dozens of Iranians. The initial reaction from Iran indicates that cooperation will only be further strained by the release of the recording, possibly slowing up the probe. 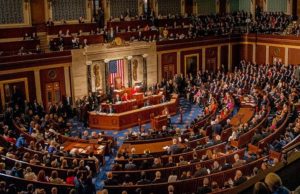 The US House of Representatives unanimously passed a resolution, entitled “Supporting the rights of the people of Iran to free expression, condemning the Iranian authorities for their crackdown on legitimate protests, and for other purposes”, on Tuesday.

The resolution, sponsored by Democratic Congressman Ted Deutch of Florida, was introduced shortly after the November uprising began in Iran and gained bipartisan support.
It highlights that the security forces used “lethal force” in the subsequent crackdown on peaceful protesters, which led to the deaths of at least 208 people, including 100 in the Mahshahr massacre on November 18, and the arrests of 7,000 people.

However, it should be noted that the Iranian Resistance has actually released the figures of 1,500 killed and 12,000 arrested, both of which are still underestimated due to the secrecy of the government.
The US House of Representatives wrote: “The House of Representatives stands with the people of Iran that are engaged in legitimate and peaceful protests against an oppressive, corrupt regime.”

The resolution also condemned the Iranian government’s terrorist activity, including the thwarted bomb plot against the 2018 “Free Iran” gathering in Paris, which resulted in Iranian “diplomat” Assadolah Assadi being arrested. It further condemned the 1988 massacre of over 30,000 political prisoners in Iran, most of whom were members and supporters of the People’s Mojahedin Organization of Iran (PMOI/MEK).

The Resolution read: “In 1988, the Iranian regime carrying out the barbaric mass executions of thousands of political prisoners by hanging and firing squad for refusing to renounce their political affiliations and in some cases for possessing political reading material, including prisoners of conscience, teenagers, and pregnant women.” 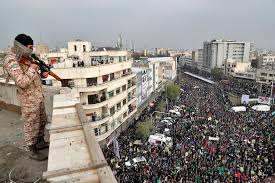 It is well known that the Islamic Republic has been committing human rights violations since the ruling clerics came to power in 1979. Nevertheless, in the last few months, the regime’s employment of brutal tactics and its disregard for human rights have increased once again.

Whenever the theocratic establishment is under significant pressure domestically, politically and economically, it resorts to hard power and excessive methods of suppression to control the population and ensure its survival. For example, in 1988, after almost eight years of devastating war with Iraq and as the regime was facing organized opposition, the hold on power of the ruling mullahs was in danger.
That’s when — in what became known as the 1988 massacre — the Iranian regime began cleansing its prisons of thousands of dissidents and opposition activists. Ultimately, an estimated 30,000 people lost their lives in the brutal massacre. Many of the perpetrators of the massacre continue to serve in senior positions, including Chief Justice Ebrahim Raisi, who was the prosecutor general of Tehran in 1988 and ran for the presidency in 2017.

The Iranian regime is again facing significant pressure. Thanks to the reimposition of sanctions by the US government, as well as the regime’s widespread corruption and mismanagement of the economy, it is desperate for revenue. The Iranian currency has devalued substantially and inflation is at a record high. The regime is now running out of funds to support its network of militia groups and proxies across the region. People in Lebanon and Iraq have, meanwhile, expressed their opposition to Iran’s involvement in their internal affairs.

As the regime senses that the political establishment is in danger, it has once again ratcheted up its human rights violations. Thousands of people were killed in the last two waves of protests, which occurred in November last year because of a hike in gas prices and in early January over the shooting down of a Ukrainian passenger plane. During these two waves of protests, more than 10,000 people were detained across the country.