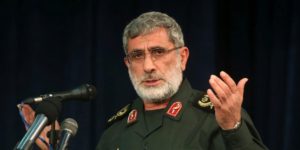 A top US diplomat threatened the Iranian general who succeeded slain Maj. Gen. Qassem Soleimani, telling Asharq al-Awsat newspaper Thursday that he “will meet the same fate” if he kills Americans. Gen. Esmail Ghaani became the new commander of Iran’s Islamic Revolutionary Guard Corps Quds Force after the former commander was killed in a US drone strike on Jan. 3 in the Iraqi capital of Baghdad.

The killing of the powerful and feared general led Iran to retaliate with a missile strike on US and coalition forces in Iraq. There were no deaths from the attack, but tensions persist as the Trump administration maintains its pressure campaign while Iran violates the nuclear deal.

During Soleimani’s three-day funeral, Ghaani said that “we promise to continue down martyr Soleimani’s path as firmly as before with help of God,” adding that the aim is “to get rid of America from the region.”
“If [Ghaani] follows a similar path of killing Americans, he will meet the same fate,” Brian Hook, the US special representative for Iran, told Asharq al-Awsat, an Arabic language newspaper. “The president has made clear … that any attacks against American Personnel or interests in the region will be met with a decisive response.”

“This is not a new threat,” Hook said. “The president has always said that he will act decisively in defense of American interests. And I think the [Iranian] regime now understands that they cannot attack America at will and expect to get away with it.”

“We will,” he added, “hold the regime and its proxies accountable for any attacks on Americans, or on American interests in the region.” 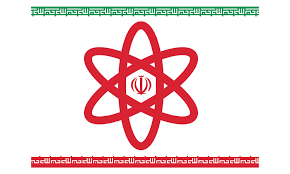 Iran has capacity to enrich uranium at any percentage: nuclear agency
Reuters, January 25, 2020

DUBAI (Reuters) – Iran has the capacity to enrich uranium at any percentage if Iranian authorities decide to do so, the deputy head of the country’s nuclear agency said in a report posted on its website on Saturday.

“At the moment, if (Iranian authorities) make the decision, the Atomic Energy Organization, as the executor, will be able to enrich uranium at any percentage,” Ali Asghar Zarean said.
Iran said earlier this month it would scrap limitations on enriching uranium, taking a further step back from commitments to a 2015 nuclear deal with six major powers, but pledged to continue cooperating with the U.N. nuclear watchdog.

Since Iran took the latest step in reducing commitments to the accord, the country’s stock of uranium produced has passed 1,200 kilograms and it will quickly be added to the stock of enriched uranium, Zarean said.

Washington withdrew from the nuclear deal in 2018 and reimposed sanctions to throttle Iran’s oil exports as part of a “maximum pressure” policy.

The United States says it aims to force Tehran to agree a broader deal that puts stricter limits on its nuclear work, curbs a ballistic missile program and ends regional proxy wars. Iran says it will not negotiate while sanctions remain in place.

Tehran has steadily been reducing its compliance with the deal, which prompted Britain, France and Germany to formally accuse it in mid-January of violating the terms and activating a dispute mechanism in the deal, which could eventually lead to the reimposition of U.N. sanctions. 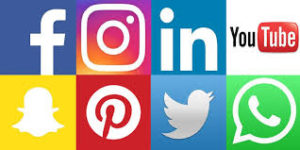 New York (CNN)American Herald Tribune bills itself as a “genuinely independent online media outlet.” Set up in 2015, it publishes in English and pays Americans to write articles. But multiple investigations by American tech companies, details of which have not previously been reported, point to the site originating in Iran.
A Facebook spokesperson told CNN Business that company staff who looked into the website’s Facebook page say it was linked to Iranian state media. Facebook removed the page in 2018. FireEye, a top cybersecurity company, says it assessed with “moderate confidence” that the website originates in Iran and is part of a much larger influence operation.

The new details about alleged Iranian ties to the American Herald Tribune shed light on how the country has attempted to run a years-long covert online influence campaign targeting the United States. As Russia did around the 2016 election, Iran appears to have co-opted and in this case paid a small number of unwitting Americans to lend legitimacy to its operations.

The sophistication described by these companies calls to mind recent US government warnings about Tehran’s capabilities in cyberspace in light of the killing of top Iranian general Qasem Soleimani in a US drone strike. Some US officials have raised concerns about a conventional cyber attack that could impact US infrastructure, but this type of information and influence campaign could represent another aspect of Iran’s cyber efforts, this one with the potential to impact US political discourse.

The articles posted to American Herald Tribune are largely in line with the views of Iran’s ruling establishment. It publishes stories criticizing American foreign policy and attacking President Donald Trump and Israel. Often the criticism is not unlike viewpoints expressed on authentic US-based independent websites, especially ones with an anti-establishment perspective. 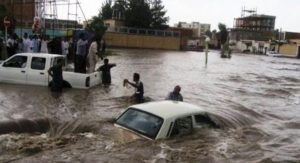 More than two weeks after severe flooding in Sistan and Baluchestan Province, nearly 80% of the flood stricken locals lack access to potable water.

This was acknowledged by a representative of the Health Ministry’s nursing directorate.

Speaking with the state-run IRNA news agency Saeed Lak said on Monday, “Only some 23 per cent of the people residing in the flooded regions have access to clean drinking water. In general and in normal conditions, for the majority of people in this region is difficult to obtain clean water to drink.”
Damages in the flood-hit areas have been extensive. In normal conditions and prior to the floods, people used to consume water collected in reservoirs. Many of such reservoirs, however, have been destroyed in the flash floods. People are worried and complain about lack of potable water. They do not have water for bathing, either.

Floods have claimed at least three lives, ravaged dozens of villages, and killed thousands of animals since early January in the province of Sistan and Baluchistan of southeast Iran.

The Iranian regime has taken no measures to mitigate the damage from the flood and to protect the people of the region. Even after the flood, Iranian authorities have not engaged in relief efforts.
According to Resalat state-run newspaper on January 18, “The General Manager of Meteorology has emphasized that they time and again warned authorities about the overflow of dams in numerous discussions and Crisis Management sessions, but unfortunately, the local Water Organization did not take them seriously to empty dams’ capacities. The result was the overflow of four dams.” 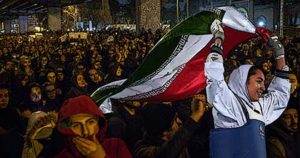 When a seminal event spectacularly reveals official lies, public trust that has been eroding in a system that for so long has denied obvious truths finally snaps. The flood gates open and all the bottled-up or repressed disaffection pours out in waves of anger, disdain and contempt. The last ounce of legitimacy drains away. It is the beginning of the end for the ruling regime that was able to eke out survival long past its due date.
This is what happened in the Soviet Union after the Chernobyl nuclear catastrophe in 1986. It is what may be happening today in Iran with the belated admission by the authorities that it was the very Islamic Revolutionary Guard Corps, which has staked its power and prestige on protecting the nation from outside threats, that mistakenly shot down a Ukrainian airliner just after it left the airport in Tehran, killing all 176 people on board.

As a member of the council of advisors to Mikhail Gorbachev’s post-Cold War organization, Green Cross International, I had the opportunity on several occasions to discuss with him the causes of the unravelling of the Soviet system.

For Gorbachev, Chernobyl was more than an accident: it was the beginning of the meltdown of the Soviet Union itself, a “historic turning point” and “perhaps the main cause of the collapse of the Soviet Union five years later.” As Yevgeny Velikhov, the nuclear scientist who headed the emergency response team also told me, the secretive cover-up culture of the Soviet state kept timely information from getting to the top so a quick response could be formulated. The dire consequences of this penchant to hide the facts, not only from the people but also the leadership, exposed the imperative of greater freedom of expression. It “made starkly apparent how important it was to continue the policy of glasnost,” Gorbachev recalled. Yet, as Gorbachev did not fully anticipate, when the lies were taken away, there was nothing there. The emperor had no clothes. 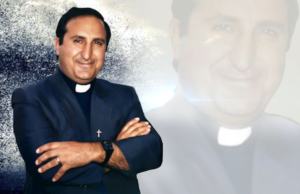 Iranian Christians are one of the most suppressed minorities in Iran. The government constantly deprives Christians in Iran of their most basic rights and prevents them from taking part in serious social and political activities.
The crimes of Tehran’s rulers against the Iranian Christian community are numerous. Perhaps some of the most tragic chapters of these crimes are the murder of Christian spiritual leaders in Iran.

On January 19, 1994, Iranian Bishop Haik Hovsepian Mehr was brutally murdered in Tehran – Evin prison. The Iranian government never launched any investigation regarding the inhuman crime against one of Iran’s prominent Christian spiritual leaders. Hovsepian Mehr was considered as one of the high-ranking Christian clerics in Iran. He was an Iranian Armenian Protestant minister and bishop of the Jama’at-e Rabbani church [part of the Assemblies of God church movement].

Hovsepian Mehr made significant efforts for documenting the government’s violations of religious freedom. He also relentlessly attempted to inform the world about the state’s strict measures against Christians in Iran.

In this respect, the ayatollahs, who don’t have a bright background in respecting social freedoms, were the main beneficiaries of the removal of a Christian opposition leader. However, the state alleged dissidents had murdered Hovsepian Mehr to evade the consequences of their shameful crime.
Following Hovsepian Mehr’s murderer, the Leader of the Iranian Resistance Mr. Massoud Rajavi sent a telegram to Pope John Paul II and the Protestant congregations and mentioned valuable activities of the Iranian Bishop.

Contrary to the Iranian government’s propaganda against the People’s Mojahedin Organization of Iran PMOI [also known as Mojahedin-e Khalq MEK], Mr. Rajavi shed light on anti-government activities of this patriot Bishop. He demanded the United Nations clarify the scope of this vicious assassination.