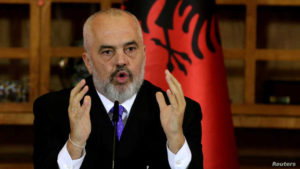 Albania said Wednesday it has ordered the expulsion of two Iranian diplomats and declared them “persona non grata.”

Acting Foreign Minister Gent Cakaj announced the decision in a Facebook post, writing that diplomats Mohammad Ali Arz Peimanemati and Seyed Ahmad Hosseini Alast have conducted “activities in breach of their [diplomatic] status and the Vienna Convention on Diplomatic Relations.”

“The two representatives of the Islamic Republic have been asked to leave the territory of the Republic of Albania immediately,” Cakaj wrote, without offering further details.
Confidential sources within the Albanian government told VOA the two diplomats are being expelled for activity endangering Albania’s national security.

They said that cultural attache Seyed Ahmed Hosseini Alast had previously held high positions with Iran’s Revolutionary Guard and that Mohamed Peimanemati had been a member of the operational unit of Iran’s Intelligence Agency, MOIS. The source charged that he was responsible for terrorist acts in European Union countries.

The same sources told VOA that the two had been associates of Quds Force commander Gen. Qassem Soleimani, who was killed in a U.S. airstrike early this month.

Two Individuals Sentenced in Connection with Work on Behalf of Iran
Justice.gov, January 15, 2020

Ahmadreza Mohammadi-Doostdar, 39, a dual U.S.-Iranian citizen, and Majid Ghorbani, 60, an Iranian citizen and resident of California, have been sentenced to prison terms of 38 months and 30 months, respectively, for their criminal convictions relating to their conduct conducting surveillance of and collecting identifying information about American citizens and U.S. nationals who are members of the group Mujahedin-e Khalq (MEK).

“This case illustrates Iran’s targeting of Americans in the United States in order to silence those who oppose the Iranian regime or otherwise further its goals,” said Assistant Attorney General for National Security John C. Demers. “The defendants, working for Iran, gathered information on Americans that could then be used by the Iranian intelligence services to intimidate or harm them or their families. These prosecutions should serve as a reminder to anyone here working covertly for Iran that the American law enforcement will pursue you to protect this country, its citizens and the First Amendment principles upon which it was founded.”

“The sentences in this case illustrate the high cost to those who act as agents of the Iranian government in the United States or provide services that benefit the government of Iran, especially when those activities target the free speech and peaceful assembly rights of people in the United States,” said Jessie K. Liu, United States Attorney for the District of Columbia. “We will continue to thwart efforts by foreign governments to endanger our national security and to stifle the freedoms that all Americans cherish.” 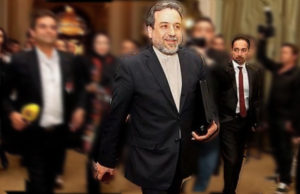 On January 13, U.S. Senators demanded the “Department of Justice [to] evaluate whether an investigation of NIAC is warranted for potential FARA violations and to ensure transparency regarding foreign attempts to influence the U.S. political process.”

Senator Tom Cotton, along with Senators Ted Cruz and Mike Braun, in a joint letter urged Attorney General William Barr to launch an investigation about a “pro-Iran lobbying organization that has long faced accusations of acting as the Islamic Republic’s unregistered mouthpiece in America.”

In recent weeks, many talking points sponsored by the National Iranian American Council (NIAC) and its sister organization, NIAC Action, condemned the precision drone airstrike resulted in the killing of Qassem Soleimani, the commander of the Revolutionary Guards’ Quds Force (IRGC-QF).

This matter gravely prompted the lawmakers to seek an investigation into NIAC’s purposes and functions which might be violating the Foreign Agents Registration Act (FARA). They believe this “organization” honestly repeats the Iranian government’s propaganda regarding the U.S. counterterrorism measures in self-defense.

The NIAC calls itself a nonprofit organization devoted to “promoting greater understanding between the American and Iranian people.” However, the Senators consider “NIAC’s innocuous public branding masks troubling behavior.”

How is a Washington D.C.-based organization is promoting the propaganda of a foreign power? The three congressional leaders mentioned that “on December 31, NIAC circulated an email memorandum blaming the United States government for Iranian-backed militias’ repeated attacks against U.S. forces in Iraq and brazen attempt to storm the U.S. embassy in Baghdad. On January 9, NIAC and NIAC Action staffers tweeted and retweeted conspiracy theories deflecting blame from the Iranian government for shooting down a Ukrainian civilian airliner, killing 176 individuals. These disturbing actions are only the latest developments of this nature. NIAC’s relationship with the Iranian government and its role amplifying government propaganda in the United States have been the subject of discussion in Washington D.C. for years.” 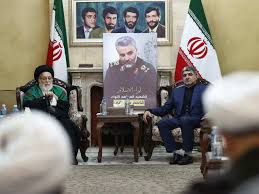 Iran’s Top General Was an Obstacle to Both US Interests and Iranian Democracy
Townhall, January 16, 2020 by Col (ret.) Thomas Cantwell

The protests in Iran in the past four days directly targeted the regime’s Supreme Leader Ali Khamenei. Angry about the mullahs’ criminal obfuscation regarding the IRGC’s downing of a passenger plane, protesters called for change of the entire regime. Chants of “Death to Khamenei” and “Death to the oppressor, whether the Shah or the [supreme] leader,” showed that Iran wants to be liberated from tyranny once and for all.

In scores of videos, young protesters and especially women, tore down or set fire to publicly displayed portraits and pictures of Qassem Soleimani, the regime’s Quds Force commander, who was killed in Iraq by U.S. forces on January 3. These acts of bravery completely tarnished the state-orchestrated funeral ceremony.

Soleimani’s elimination removed one of the clearest threats to American interests and regional stability over the last 30 years. As the White House repeatedly emphasized in justifying the drone strike at the Baghdad International Airport, Soleimani was responsible for countless deaths across the Middle East. These include hundreds of American service members as well as victims of terrorist acts carried out by other Iranian regime outfits in places like Lebanon.

Soleimani’s orchestration of anti-American operations comprised only a small fraction of his crimes. As the leading player in Tehran’s support of Syrian dictator Bashar al-Assad, Soleimani enabled a litany of human rights abuses, leading to hundreds of thousands of deaths and millions of people displaced. 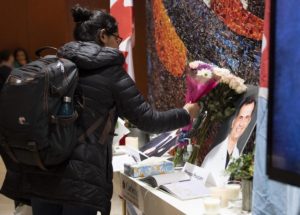 TEHRAN, Iran (AP) — The Iranian official leading the investigation into the Ukrainian jetliner that was accidentally shot down by the Revolutionary Guard appeared to backtrack Sunday on plans to send the flight recorders abroad for analysis, a day after saying they would be sent to Kyiv.

Hassan Rezaeifar was quoted by the state-run IRNA news agency as saying “the flight recorders from the Ukrainian Boeing are in Iranian hands and we have no plans to send them out.”

He said Iran is working to recover the data and cabin recordings, and that it may send the flight recorders — commonly known as black boxes — to Ukraine or France. “But as of yet, we have made no decision.”

The same official was quoted by the semi-official Tasnim news agency on Saturday as saying the recorders would be sent to Ukraine, where French, American and Canadian experts would help analyze them. Iranian officials previously said the black boxes were damaged but usable.

It was not immediately possible to reconcile the conflicting accounts. Iran may be hesitant to turn over the recorders for fear that more details from the crash — including the harrowing 20 seconds between when the first and second surface-to-air missiles hit the plane — will come to light.

The government of Canada, which had nearly 60 of its citizens on the plane, said Sunday that the boxes should be sent quickly for analysis by experts in either France of Ukraine.

Canadian Foreign Affairs Minister Francois-Philippe Champagne, who met with Iranian Foreign Minister Mohammad Javad Zarif on Friday in Oman, said in a note to his Iranian counterpart that “Iran has a path to choose.”

“When you say to the world that you take full responsibility, that comes with consequences,” including full transparency, Champagne wrote. 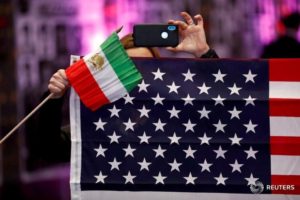 WASHINGTON (REUTERS) – The U.S. State Department said on Saturday it had imposed sanctions on a general of Iran’s Islamic Revolutionary Guard Corps who commanded units blamed for a massacre of protesters in November.

The U.S. State Department has said previously it had received videos of the Revolutionary Guards opening fire without warning on protesters in Mahshahr county in southwest Iran.

On Saturday, it cited “multiple” media reports and information submitted by the Iranians through its Rewards for Justice tipline that units under Brigadier General Hassan Shahvarpour’s command killed as many as 148 people when they used armored vehicles to encircle fleeing protesters, firing machine guns into the crowd and setting fire to the marsh in which protesters took cover.

The State Department said it was designating Shahvarpour, a commander in Khuzestan province where Mahshahr is located, under a U.S. law banning officials of foreign governments and their immediate family members for whom there was “credible information on their involvement in gross violations of human rights.”

The announcement comes amid high tensions between Tehran and Washington after the United States killed Iran’s most powerful military commander in a drone strike in Iraq and Iran retaliated by launching missile strikes at U.S. targets in Iraq.

US sentences 2 Iranian men to prison for spying