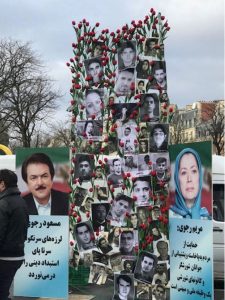 Iranians honor their dead in the face of government clampdown
CNN, December 29, 2019

(CNN)The Iranian government has banned the families of protesters killed during anti-government unrest in November from organizing any kind of funeral service or memorial for their children or loved ones.

Despite that, families took their grief to cemeteries across Iran on Thursday in a bid to honor their family members 40 days after their deaths.

Eyewitnesses told CNN that several people were arrested by Iranian authorities in Behesht-e-Sakineh cemetery in Karaj, about 60 kilometers (37 miles) northwest of the capital Tehran.

Poya Bakhtiatri’s family and friends tried to visit his grave at the cemetery to mourn the 40th day of his death, but the ceremony was interrupted by government plainclothes forces and a helicopter flying over the cemetery to disrupt.

Poya, 27, was hit by a bullet during a November 16 demonstration in Mehrshahr, a district of Karaj, his mother, Nahid Shirpisheh, told the Center for Human Rights in Iran. She told the CHRI she believes government forces shot him

“They aimed at my son’s head and deliberately killed him,” she said.
She was with her son and daughter at the demonstration in November, she told the CHRI. They were holding hands until government forces fired tear gas into the crowd.”When they fired tear gas at us, my eyes started to burn and we got separated in the chaos,” she said. “That’s when I almost lost Poya but he called me and asked where I was. I told him he shouldn’t worry.”
click to read more 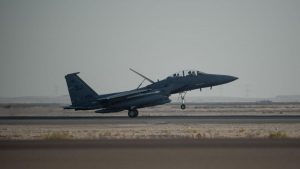 The U.S. military carried out airstrikes in Iraq and Syria on Sunday — days after a U.S. defense contractor was killed at a military compound in a rocket attack.

U.S. officials have blamed the militia for a rocket barrage Friday that killed a U.S. defense contractor, wounded four U.S. troops and two members of the Iraqi Security Forces (ISF) near Kirkuk, in northern Iraq.

Military forces said the attackers fired more than 30 rockets in Friday’s assault — the 11th rocket attack on U.S. and Iraqi forces since late October, according to a U.S. defense official.
Five locations — including three Kataeb Hezbollah areas in Iraq and two in Syria — were targeted, Hoffman said in a statement. He said the U.S. strikes will weaken the group’s ability to carry out future attacks on Americans and their Iraqi government allies.
Click to read more 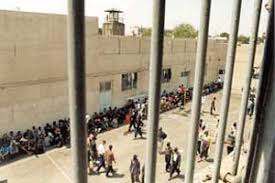 Yesterday, in an unprecedented admission, Majlis (Parliament) Deputy Mohammad Kazemi, said that the regime’s henchmen make widespread and long-term use of solitary confinement to torture prisoners.
In remarks aired on the state-run media, he said, “We have given our judges unbridled authority to use solitary confinement. That we give unbridled permission to put the accused in a solitary cell to prove the offense is inappropriate… The Judiciary makes forbidden, extensive, and extreme use of solitary cell.” It “uses this weapon on the pretext that keeping the accused in solitary cells will force the individual to confess or will help collect information against that individual.”

At the same time, Kazemi suggested that solitary confinement be used for political prisoners. “Solitary cell, which is a harsh punishment, should only be used for security matters that relate to the country’s interests.”

In the same parliament session, the representatives of Hassan Rouhani and the Judiciary brazenly claimed that “solitary cells and confinement” have never been used and that “not even a single prisoner has been sentenced to solitary confinement” since the ruling religious fascism took power.
This is while hundreds of released prisoners have testified that many inmates were held in solitary confinement for years. The United Nations and other international human rights organs have repeatedly condemned the regime for its widespread use of such punishment.

Many among the 12,000 arrested during the nationwide uprising in November, are currently under savage torture to extract forced and made-for-television confessions.

The Iranian Resistance recalled the repeated calls by Mrs. Maryam Rajavi, the President-elect of the National Council of Resistance of Iran (NCRI) on the United Nations Secretary-General, the Security Council, the High Commissioner for Human Rights, and the Human Rights Council to establish a fact-finding mission to travel to Iran and visit the prisons and the prisoners.
Click to read more 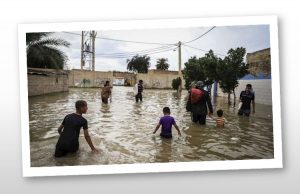 Eight months after the devastating flood that destroyed more than 25 of Iran’s provinces, Khuzestan Province has once again been flooded and completely paralyzed.

As a result of the three-hour rainfall, the city’s streets were flooded with water and sewage, and many homes in Ahvaz were flooded, offices and schools were closed too, and this was the beginning of another catastrophe for the people of this province. The traffic in the city completely collapsed. The power of the city was cut off for many hours, which increased pressure on the people.

The magnitude of the disaster was so great that the state-run Javan online website on 20 December, acknowledged that ‘water and sewage in people’s homes have taken their sleep and comfort’. It added:
“Again Rain, again flood and crisis for Khuzestan! Ahvaz is still floating in water five days after the rains, and Kut Abdullah and Kuy Alavi are plunged into the water and sewage up to the knees. Khuzestan residents who had been worried about the drought for some time, and the dust of imprudence and mismanagement had disrupted their lives, are now struggling with water and wastewater. More than a thousand districts in Ahvaz are witnessing wastewater and nearly 4,000 Ahvazi families floating in water and wastewater.”

The healthcare risks of floods in Khuzestan
In another confession, the state-run website Salamat news revealed another corner of the deadly conditions of disadvantaged people in Khuzestan:

“When the rain came to an end, the sewage with human waste surrounded the areas of Kut Abdullah, Hasirabad, Asieabad and the Ameri districts of Ahvaz. Residents in the area say it is the same after every rain. Wastewater springs from the street threaten the health of residents. They announce the collapse of houses after the last five days of rain.”
Click to read more