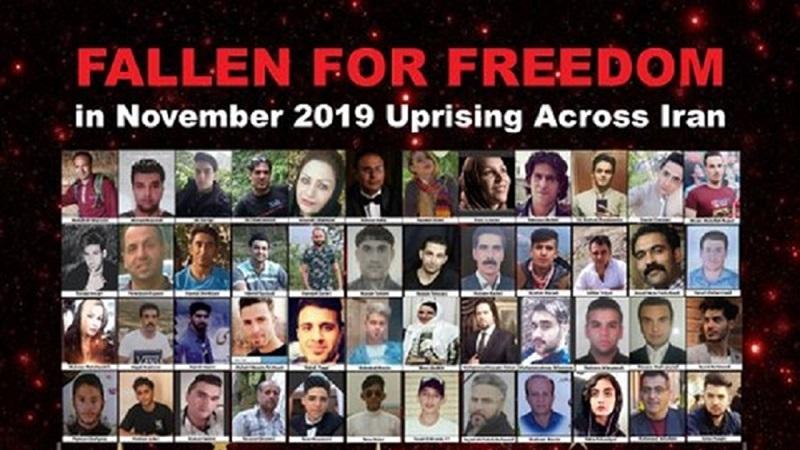 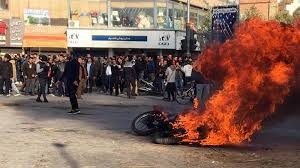 The People’s Mojahedin Organization of Iran (PMOI/MEK) announced that the number of those killed by the Iranian regime’s suppressive forces during the nationwide uprising that engulfed 187 cities has surpassed 750.

The MEK announced the names of another 33 victims, in addition to the 222 names it had released previously. This brings to 255 the number of victims identified so far.

Identifying and recording the names of the martyrs is taken place despite the fact that the religious dictatorship ruling Iran has been utilizing all its suppressive and security agencies and its notorious machinery of censorship and repression to conceal the scope of it crimes against humanity. The faction affiliated with the regime’s Supreme Leader Ali Khamenei, agencies controlled by his office and the IRGC as well as the faction affiliated with Hassan Rouhani, the Interior and the Intelligence ministries are doing their utmost to conceal the actual number of those killed and arrested.

Mrs. Maryam Rajavi, the President-elect of the National Council of Resistance of Iran (NCRI), described the massacre of protesters across Iran on Khamenei’s orders as one of the most egregious cases of crime against humanity in 21st century. She called on the international community to take urgent action to stop the suppression and the slaughter in Iran. Mrs. Rajavi added that the United Nations Security Council must set aside political and economic consideration and declare the killing of protesters as a crime against humanity. Khamenei, Rouhani, and other regime leaders must face justice for perpetrating crime against humanity, she underscored. The NCRI President-elect again demanded the dispatch of a UN fact-finding mission to Iran to ascertain the scope of crime against humanity and visit the prisons and prisoners. 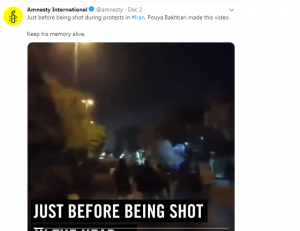 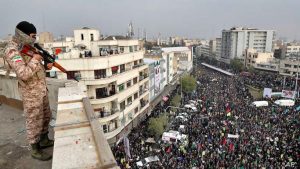 Amnesty International has shared new details of how it developed an authoritative death toll for Iranians killed by their nation’s security forces in anti-government protests last month.

In a Monday statement, the London-based human rights group said it had received credible reports that at least 208 protesters were killed in less than a week of nationwide unrest that began Nov. 15. It was an increase of 57 from the group’s previous death toll reported on Friday.

“This alarming death toll is further evidence that Iran’s security forces went on a horrific killing spree,” Amnesty’s regional research director Philip Luther said in the statement. “Those responsible for this bloody clampdown on demonstrations must be held accountable for their actions.”

Speaking to VOA Persian on Monday, Amnesty Iran researcher Raha Bahreini said the killings were the deadliest in Iran since 1988. Human rights groups have said Iran’s Islamist rulers secretly executed thousands of imprisoned political dissidents that year and buried them in unmarked mass graves. Iranian leaders have refused to acknowledge those killings ever since.

Iran’s government triggered the latest protests in dozens of cities by ordering a 50% increase in the subsidized price of gasoline, further straining the finances of Iranians struggling with high unemployment and inflation in a shrinking economy.

The government crushed the protests within days through a violent crackdown by security forces and by shutting off internet access nationwide for a week to stop protesters from sharing images and information with each other and the outside world. 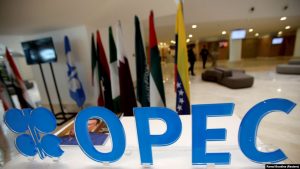 Iran has dropped to the bottom of the list of the Organization of Petroleum Exporting Countries’ (OPEC) crude producers, slightly ahead of Gabon and Equatorial Guinea.

Meanwhile, the United States, Saudi Arabia and Russia have retained their position at the top of the global table with producing 14.46, 12.08, and 11.18 barrels of crude per day (bpd), respectively.
The U.S. and Russia are not members of OPEC, an organization composed of fourteen countries. Based on Radio Farda’s data provided by the international intelligence firm, Kpler, Iran’s oil production in November dropped to 213,000 bpd.

Prior to wide-ranging sanctions Washington imposed, Iran was exporting 2.5 million bpd and was the fourth OPEC crude oil producer, behind Saudi Arabia, Iraq, and the United Arab Emirates (UAE.)

Washington imposed sanctions on Tehran’s oil exports in November 2018 but granted waivers to eight countries to continue buying limited amounts of oil from Iran until May 2019, when Washington decided not to renew the exemptions.

Iran’s oil production during the first quarter of the current year was nearly one million and 330,000 bpd, on average. However, it significantly dropped since June, decreasing to an average of 346,000 bpd.
Now, Kpler’s data show that it has further dropped, decreasing to 213,000 bpd in November. 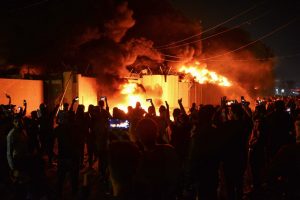 Iraq Protesters Burn Down Iran Consulate in Night of Anger
Antigovernment demonstrators, who have demanded an end to Iranian influence in Iraq, attacked the consulate in the city of Najaf.
The New York Times, Nov 27, 2019

BAGHDAD — Iraqi protesters in the southern city of Najaf burned down the Iranian Consulate there on Wednesday night in an outburst of anger at Iran, witnesses said.

Video showed sizable crowds outside the consulate shouting “Out, out Iran!” and waving Iraqi flags as the building burned.

Thirty-five protesters and 32 members of the Iraqi security forces were injured, according to the police in Najaf.
No Iranian diplomats were in the building at the time, according to witnesses and Iranian news media, and there were no reports of Iranian casualties.

But the attack struck a significant symbolic blow against Iran, which places a high value on its outposts in the Shiite Muslim heartland of southern Iraq. Najaf houses important Shiite shrines, and Iran’s presence in the city demonstrates its ties to this ancient site.

Iraqi secular and religious authorities condemned the violence but did not blame any particular group. The government imposed a curfew in Najaf until further notice.

The attack on the consulate comes amid widespread antigovernment protests, which began nearly two months ago in Baghdad. The demonstrations started as a demand for jobs and better government services but have broadened into a call for a change in government, which the demonstrators see as corrupt and beholden to Iran.

Many of the political parties who dominate the Iraq’s Parliament have ties to Iran.
Click to read more 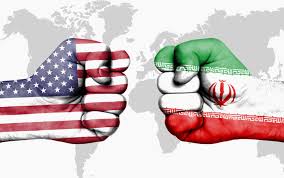 (CNN)There is fresh intelligence of a potential Iranian threat against US forces and interests in the Middle East, according to several US defense and administration officials.

“There has been consistent intelligence in the last several weeks,” one administration official told CNN.
A second official described it as information that has been gathered throughout November. The information is being gathered by military and intelligence agencies.

The officials would not say in what format the intelligence exists. But in the last several weeks there has been movement of Iranian forces and weapons that the US worries could be put in place for a potential attack, if one is ordered by the Iranian regime, the officials said. It’s not clear if a potential threat would come from the central government or Iran’s Islamic Revolutionary Guard Corps.

The head of US military operations in the Middle East recently signaled the US expects some kind of Iranian action in response to the US sanctions and pressure campaign that is trying to get the regime to abandon its nuclear program.

“I would expect that if we look at the past three or four months, it’s possible they will do something that is irresponsible. It’s possible that they’ll lash out at their neighbors,” Gen. Kenneth McKenzie, head of the US Central Command, told an audience in Bahrain at the time. “It is not going to be productive for them in the long term to choose to act out in the military domain. That’s the message that we’re trying to convey.”
The Pentagon did allow the carrier USS Abraham Lincoln to enter the Persian Gulf and conduct a port visit in Bahrain during the Thanksgiving holiday. But officials said specific precautions were taken, given the threat, although they would not say what those precautions were. 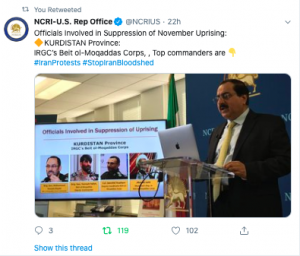 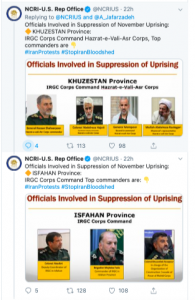 An international Iranian dissident group says the recent protests in Iran, as well as the government’s severe crackdown on demonstrators, have been much wider in scope than initially reported.
While Iranian authorities claim the uprisings were quelled quickly and rights group say about 150 people died, the exiled National Council of Resistance of Iran (NCRI) claimed Tuesday that more than 400 were actually killed during “anti-regime protests” that occurred in “some 176 cities throughout the country.”
The group, which says it has a wide network of informants inside Iran, asserted in a report circulated by its offices in Washington Tuesday that demonstrations began with slogans condemning a government hike in fuel prices, but quickly spread into widespread demands for the total overthrow of the ruling regime in Tehran.

“It did not take long,” the NCRI report claimed, “for the slogans to morph into calls
for rejection of the regime in its entirety.”
“People chanted slogans against the regime’s Supreme Leader Ali Khamenei and President Hassan Rouhani, while attacking centers of suppression, theft and particularly those affiliated with the Islamic Revolutionary Guard Corps (IRGC),” the report said. “Many of the buildings were torched and sustained serious damages.”

NCRI Deputy Director Alireza Jafarzadeh told The Washington Times in an email that demonstrators were “chanting ‘death to Rouhani,’ ‘death to Khamenei,’” in a manner that “clearly shows the society’s rage and explosive state and that the Iranian people demand regime change.”

“The recent uprising showed that change is attainable, and the people are ready to pay the price to make it happen,” Mr. Jafarzadeh said. “The world must recognize the right of the Iranian people to change the regime and establish a democratic, pluralistic, and non-nuclear republic in Iran.”
The NCRI report also claimed at least 4,000 protesters were injured and at least 10,000 have been arrested by Iranian authorities.

The assertions by the group, which has long called for regime change in Tehran and is widely seen to have allies in the Trump administration backing the administration’s current “maximum pressure campaign” against Iran’s government, came a day after Amnesty International said at least 143 people have been killed in a crackdown against on the protests since Nov. 15.

The Associated Press reported that the head of Iran’s Revolutionary Guard threatened the U.S. and its allies Monday as he addressed a pro-government demonstration attended by tens of thousands of people denouncing the recent violent protests, which the news agency described as being driven by a fuel price hike.