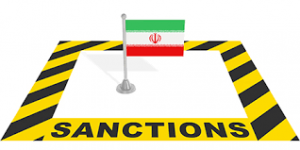 WASHINGTON (Reuters) – The United States on Monday imposed sanctions on nine people close to Iran’s Supreme Leader Ayatollah Ali Khamenei, including his chief of staff, one of his sons and the head of the judiciary.

Iran’s foreign ministry spokesman Abbas Mousavi called the sanctions “a sign of the desperation and inability of this regime in benefiting from a diplomatic and logical approach” to important international issues, according to the official IRNA news agency.

Tehran and Washington have been at odds since more than 50 Americans were held hostage at the embassy for 444 days. Tensions spiked last year after President Donald Trump withdrew the United States from the 2015 Iran nuclear accord and reinstated sanctions to choke oil exports and isolate the economy. 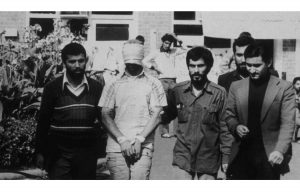 At the beginning of November 1979, a group of people took over the United States Embassy in the Iranian capital. It became a hostage situation that lasted 444 days in total.
Some of the key players in the hostage crisis have gone on to become very important members of the Iranian government.

The hostage-takers described themselves as part of the “Student Followers of the Imam’s Line”. The spokesperson for the group was Masoumeh Ebtekar. She strongly defended the takeover of the American embassy and demanded that she be tried. Ebtekar was the first woman to be appointed to the country’s cabinet since the Islamic Revolution in 1979.

She was the head of the Environment Protection Organization of Iran and was a councilwoman of Tehran. Ebtekar is currently the Vice President of Iran for Women and Family Affairs.

Mohammad-Ali (Aziz) Jafari plotted to take over the embassy and went on to serve as commander of the notorious Islamic Revolutionary Guard Corps (IRGC) for more than a decade.

Reza Seifollahi, one of the main plotters of the embassy takeover, has been a senior IRGC commander as well as commander of the IRGC’s Intelligence Division. He was Deputy Interior Minister for Security Affairs and was the first commander of the State Security Forces (SSF). Most recently he was Political Deputy of the Secretariat of the Supreme National Security Council (SNSC). 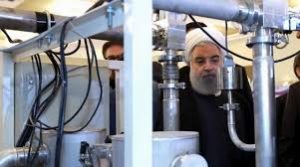 Maas said Iran’s decision Monday to operate a greater number of advanced centrifuges “unacceptable.”
Speaking to reporters in Hungary, he said “ultimately Iran is doing nothing less than putting the entire nuclear agreement at risk.”

Iran has said its centrifuge decision is a direct result of U.S. President Donald Trump’s withdrawal from the agreement more than a year ago. Maas added that Germany expects Iran to “return to full compliance with the commitments” made in the deal.

Under the accord, Tehran limited its enrichment of uranium in exchange for the lifting of economic sanctions. But since the deal collapsed, European nations have been unable to give Iran a way to help it sell its oil abroad as it faces renewed U.S. sanctions. 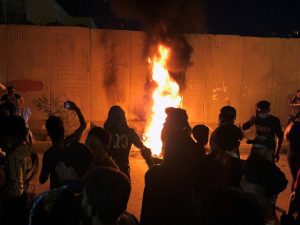 BAGHDAD — Dozens of Iraqi protesters attacked the Iranian consulate in the Shiite holy city of Karbala on Sunday, scaling the concrete barriers ringing the building, bringing down an Iranian flag and replacing it with the Iraqi flag, eyewitnesses said.

Security forces fired in the air to disperse the protesters who threw stones and burned tires around the building on a street corner in Karbala south of Baghdad. There were no immediate reports of casualties in the incident, which comes amid ongoing protests in the capital Baghdad and majority-Shiite provinces in the south.

They witnesses spoke to The Associated Press on condition of anonymity because of security concerns.
The protests are directed at a postwar political system and a class of elite leaders that Iraqis accuse of pillaging the country’s wealth while the country grows poorer. But protesters have also directed their rage at neighboring Iran and the powerful Iraqi Shiite militias tied to it.

The anti-government protests in Karbala, Baghdad and cities across southern Iraq have often turned violent, with security forces opening fire and protesters torching government buildings and headquarters of Iran-backed militias. More than 250 people have been killed in the security crackdown this month.
The protests have grown and demonstrators are now calling for sweeping changes, not just the government’s resignation.

Tens of thousands of protesters have gathered in Baghdad’s central Tahrir Square and across southern Iraq in recent days, calling for the overhaul of the political system established after the 2003 U.S.-led invasion. Protesters have also taken over a large tower in the square that was abandoned after it was damaged in the war. 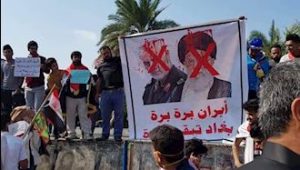 Why is Iran so afraid of Iraqi and Lebanese anti-government protests?
NBC News, November 2; by Saphora Smith

They came dressed in black and wielding sticks.
Images emerged on social media of men widely believed to be supporters of powerful Lebanese militant group Hezbollah tearing through a camp of anti-government protesters in Beirut on Oct. 29, smashing chairs and setting fire to tents.

Meanwhile, the anti-corruption protesters regularly can be heard chanting slogans against Sayyed Hassan Nasrallah, the Iran-backed militia and political party’s leader.
The tensions between Hezbollah and the largely leaderless anti-corruption protests sweeping Lebanon are a sign of the great unease that Iran and its proxies across the region are feeling at the upsurge of anti-government demonstrations.

After all, Tehran has worked for years to deepen its influence in these countries — and it’s precisely this domestic order that the demonstrators are looking to shake up, according to Neil Quilliam, an associate fellow at Chatham House, an international affairs think tank in London.

“The protests pose a threat to Iranian interests in Lebanon and Iraq because they are national in character and therefore challenge the current political order, which is shored up by groups supported and underpinned by Iran,” he said.

Iran has a lot to lose if its allies such as the politically powerful Hezbollah in Lebanon, as well as Iraqi Prime Minister Adil Abdul-Mahdi’s government and Iraq’s Shiite militias are shunted from power or see their influence diminish.

In Iraq, after U.S. forces overthrew Saddam Hussein in 2003, Shiite allies replaced the Baathist regime. And these are the people in power today and are currently the object of the protesters’ ire. Iran also supports Shiite armed groups in the oil-rich country, who are accused by protesters of building economic empires while many Iraqis struggle in poverty.