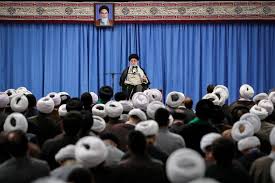 Tensions in the Gulf have risen to new highs since May 2018, when the Trump administration withdrew from a 2015 international nuclear accord with Tehran that put limits on its nuclear program in exchange for the easing of sanctions.

As U.S. sanctions have been reimposed, there have been a series of attacks in Saudi Arabia and the Gulf that Washington and its allies have blamed on Iran, which denies responsibility.
“The Guards should have advanced and modern weapons … Your weapons should be modern and updated. It should be developed at home. You need to develop and produce your weapons,” Khamenei said in a speech at Imam Hossein Military University in Tehran.

“Today the Guards have a powerful presence inside and outside Iran … America’s hostile approach has increased the Guards’ greatness,” Khamenei said, according to state TV.

Washington and Riyadh have accused Iran of being behind attacks on Saudi oil facilities on Sept. 14, which temporarily knocked out half Saudi oil output. Tehran denies any role in the strikes which were claimed by Yemen’s Iran-backed Houthi forces. 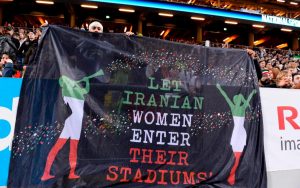 Amnesty has accused Iran of staging a “cynical publicity stunt” by allowing a “token” 3,500 women into Thursday’s international against Cambodia following a global outcry over a campaigner’s death.
Fifa had piled fresh pressure on the nation to start allowing women into matches after Sahar Khodayari, 30, set herself on fire last month after facing charges for attempting to enter a stadium. The law banning women was enforced after the Islamic Revolution in 1979.

Iran had subsequently agreed to sell tickets to women for Thursday’s match in Tehran, but human rights campaigners said the gesture was a “whitewash”. Open Stadiums, a local movement of Iranian women, also hit out at footballing authorities, saying the match at the nation’s 75,000 stadium will be half empty because the “Iranian FA doesn’t want to give more seats to women”.

More than 40 women have been arrested for attempting to enter football stadiums over the past two years, Amnesty said. Instead of selling a limited number of tickets, the charity has called on Iranian authorities to lift “all restrictions on women attending football matches”.

Philip Luther, Amnesty International’s Middle East and North Africa director, said: “Iran’s decision to allow a token number of women into the stadium for [Thursday’s] football match is a cynical publicity stunt by the authorities intended to whitewash their image following the global outcry over Sahar Khodayari’s tragic death. 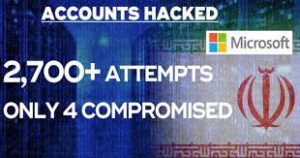 (CNN)Hackers linked to the Iranian government attempted to attack a 2020 US presidential campaign, as well as current and former US government officials, Microsoft said Friday.

The group Microsoft calls “Phosphorus” attempted the hacks between August and September, but the hackers were not successful, the company said. Microsoft did not say what campaign was targeted but said it had informed those involved. The New York Times reported on Friday that President Donald Trump’s reelection campaign was the one that had been targeted.

Trump’s reelection campaign said in a statement Friday that it has no indication any of its infrastructure was targeted by the hackers. Communications director Tim Murtaugh declined to say whether any authorities have reached out.

Four accounts were compromised, Burt said, but they were not associated with the presidential campaign or the current and former US government officials.On Tuesday, the Democratic National Committee sent a security alert to 2020 campaigns about the attempt. 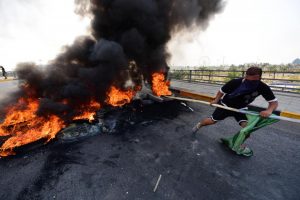 Oct. 11 (UPI) — As street protests escalate in Iran and Iraq, there is only one target for the demonstrators — the fascist mullahs’ regime in Tehran.

In Iran, thousands of protesters have taken to the streets in Lordegan, Arak, Isfahan, Shush and other cities, chanting “Down with the dictator” and “Neither Gaza or Lebanon, I give my life for Iran.” In neighboring Iraq, mass protests have called for the complete withdrawal of Iran and its agents from their meddling in Iraqi internal affairs.

In both countries, the Islamic Revolutionary Guards Corps, the Iranian regime’s gestapo, has ruthlessly attempted to crush the popular uprisings. In Iran, it has used violence, tear gas and rubber bullets, to try to disperse the demonstrators, igniting further anger, which led, in Lordegan, to the torching of the governor’s office. Across Iran, giant billboard posters of Iran’s corrupt and psychotic supreme leader Ayatollah Khamenei have been set alight by groups of youths eager to show their deep loathing for the mullah’s repressive regime and their demand for change.

The regime’s officials have accused resistance units of the main democratic opposition movement, the PMOI/MEK (Mojahedin e-Khalq/People’s Mojahedin of Iran), of orchestrating the protests. According to the state-run news agency “Mehr,” an IRGC commander — Ali-Mohammad Akbari said:

“The Monafeqin [the regime’s slanderous term for the MEK] were present in the recent riots. They covered their faces and were guiding people.” 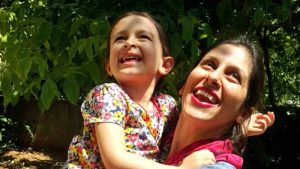 The five-year-old daughter of Nazanin Zaghari-Ratcliffe has returned to the UK after more than three-and-a-half years in Iran.

Her husband, Richard Ratcliffe, has been campaigning for his wife’s release from prison.
“Gabriella came back to us late at night, a bit uncertain seeing those she only remembered from the phone,” Mr Ratcliffe said in a statement on Gabriella’s return.

“Now she is peacefully sleeping next to me. And I am just watching. “It has been a long journey to have her home, with bumps right until the end – and I am grateful to all those at the British Embassy and Iranian MFA who helped smooth all those last blockages.”

He added: “Of course the job is not yet done until Nazanin is home. It was a hard goodbye for Nazanin and all her family. But let us hope this homecoming unlocks another.”