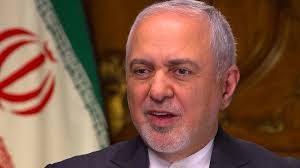 WASHINGTON DC, August 1, 2019 – Organization of Iranian American Communities (OIAC) commends the United States Government for imposing sanctions on the Iranian regime’s Foreign Minister, Mohammad Javad Zarif. In our view, this is the right, moral, and long overdue step and will undoubtedly empower the people of Iran in their quest for democracy and freedom.

As Secretary Mnuchin declared, “the Iranian regime denies Iranian citizens’ access to social media”, yet Zarif “spreads the regime’s propaganda and disinformation around the world through these mediums.” We concur with U.S. policy that the broader campaign of maximum pressure continues to be an effective option in dealing with this rouge and terrorist regime. Such designation must now be extended to Iran’s president Hassan Rouhani and the Ministry of Intelligence and Security (MOIS).

Furthermore, the Treasury’s order where it explicitly calls for “persons that engage in certain transactions with the individual designated today may themselves, be exposed to designation,” serves as a warning to regime’s proxies and “apologists” in US and elsewhere.

Over the last several weeks, the world community has witnessed the outpour by tens of thousands of the Iranian diaspora in Brussels, Washington DC, Berlin, Stockholm, and London declaring solidarity with the nationwide uprising and ongoing protests in Iran. Iranians at home and abroad are calling for democratic regime change in Iran and expressing support for the Iranian Resistance and Mrs. Maryam Rajavi’s 10-point plan for a free Iran. Convergence of all these efforts offers a realistic and tangible path for a democratic Iran.
Organization of Iranian American Communities-US (OIAC)
Contact: info@oiac.org 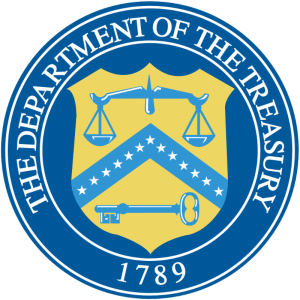 WASHINGTON – The U.S. Department of the Treasury’s Office of Foreign Assets Control (OFAC) took action today against the Iranian regime’s Foreign Minister, Mohammad Javad Zarif (Javad Zarif), pursuant to Executive Order (E.O.) 13876 because Zarif acted or purported to act for or on behalf of, directly or indirectly, the Supreme Leader of the Islamic Republic of Iran.

“Javad Zarif implements the reckless agenda of Iran’s Supreme Leader, and is the regime’s primary spokesperson around the world. The United States is sending a clear message to the Iranian regime that its recent behavior is completely unacceptable,” said Treasury Secretary Steven T. Mnuchin. “At the same time the Iranian regime denies Iranian citizens’ access to social media, Foreign Minister Javad Zarif spreads the regime’s propaganda and disinformation around the world through these mediums.” 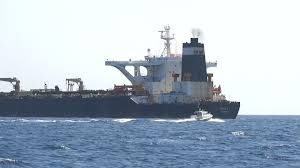 Reports alleging that fuel tankers appeared to breach U.S. sanctions against Iran were cited in court filings by a bank as it sought to seize the ships, accusing the owners of loan default.

The accusations, which led to the the temporary arrest of the vessels in Singapore late last month, come as the U.S. seeks to isolate the regime in Tehran by cutting off oil sales, a major source of revenue. They also underscore how traders and shippers suspected of violating sanctions can run foul of their own lenders, not just governments.

Hanover-based Norddeutsche Landesbank-Girozentrale, known as NordLB, detailed its claim in documents filed last month in the High Court of Singapore seeking the arrest of the vessels, accusing their China-based owner of defaulting on a $30 million mortgage agreement.

The German lender said in the filings it was notified June 25 by the London P&I Club, a ship owners’ association that provides protection and indemnity insurance, that coverage on the ships would be terminated. That came one day before Lloyd’s List, an industry news publication, reported that two of the ships — Gas Infinity and Gas Dignity — appeared to have transported Iranian liquefied petroleum gas in breach of U.S. sanctions, the bank said. 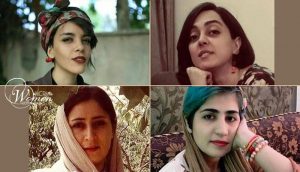 Monday, July 29, 2019, four political prisoners detained in the notorious Qarchak Prison of Varamin, were badly beaten up by common criminals incited by prison authorities and dispensary officials. One of the victims was reportedly in critical condition.

Previous reports on July 6 and July 18 contained references to the beating of political prisoners in this prison by dangerous criminals. 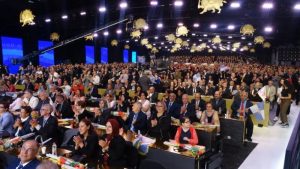 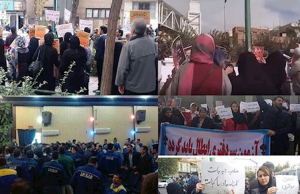 This week, people in several Iranian cities held protests and strikes, expressing their discontent and anger over the Iranian government’s policies, poor economic conditions, and the authorities’ disregards for their demands.

Strike by Gonbadkavoos suburban taxi drivers
On Thursday, a group of taxi drivers in the Gonbadkavoos freeway stopped working and went on strike in protest to the government’s failure to respond to their demands, including low income and poor housing.

Protests by drivers of Kaldoozakh – Izeh line
On Wednesday, July 31, 2019, a group of Kaldoozakh line bus drivers protested against the removal of the station at their workplace and car fines and lack of job stability. The protesters gathered in front of the governorate in Izeh, Khuzestan province. 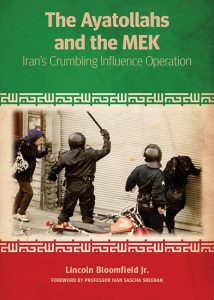