The Trump Administration is reimposing sanctions on Iran on Monday, and some of our friends on the right are claiming it wimped out on Iran’s oil exports and access to the world financial system. But it looks as if Treasury and State are trying to apply sanctions in a diplomatically clever way that still puts pressure on the regime—assuming the U.S. follows through on enforcement.

One complaint is that the Administration has exempted eight countries from sanctions on oil exports from Iran. The U.S. isn’t saying which countries, but sources say they include Japan, South Korea, China and India. This gives a reprieve to two allies—South Korea and Japan—that are trying to reduce their reliance on Iranian oil over time.

Trump administration to Iran on sanctions: Act like a normal country or see economy ‘crumble’
CNBC, November 5, 2018
The Trump administration on Monday renewed sanctions against hundreds of entities throughout Iran’s energy sector and its broader economy, promising to exert more pressure on the Islamic Republic.

The return of sanctions, first implemented during the Obama administration, fulfills President Donald Trump’s vow six months ago to ratchet up pressure on Iran, despite widespread international criticism. The Trump administration says it will lift the sanctions only after Iran’s leadership in Tehran accepts its list of 12 demands.

“The Iranian regime has a choice. It can either do a 180-degree turn from its outlaw course of action and act like a normal country or it can see its economy crumble,” Secretary of State Mike Pompeo said at a press conference.

Iranian President Hassan Rouhani on Monday said Tehran will evade the sanctions and keep pushing its oil barrels into the market, reiterating the nation’s long-standing defiance.

(DUBAI (Reuters) – Iran will sell its oil and break sanctions reimposed by the United States on its vital energy and banking sectors, Iranian President Hassan Rouhani said on Monday.

“America wanted to cut to zero Iran’s oil sales … but we will continue to sell our oil … to break sanctions,” Rouhani told economists at a meeting broadcast live on state television.
The United States said on Friday it will temporarily allow eight importers to keep buying Iranian oil when it re-imposes sanctions on Monday aimed at forcing Tehran to curb its nuclear, missile and regional activities.

China, India, South Korea, Japan and Turkey – all top importers of Iranian oil – are among eight countries expected to be given temporary exemptions from the sanctions to ensure crude oil prices are not destabilised.

The restoration of sanctions is part of a wider effort by U.S. President Donald Trump to force Iran to curb its nuclear and missile programs as well as its support for proxy forces in Yemen, Syria, Lebanon and other parts of the Middle East.
“Today the enemy (the United States) is targeting our economy … the main target of sanctions is our people,” Rouhani said.

In May, Trump exited Iran’s 2015 nuclear deal with six powers and Washington reimposed first round of sanctions on Iran in August.The deal had seen most international financial and economic sanctions on Iran lifted in return for Tehran curbing its disputed nuclear activity under U.N. surveillance.

Tehran Recognizes Iran Opposition as the Alternative; So Should We
TownHall, October 28, 2018, by Rudy Giuliani

The American Iranian diaspora that stands against the regime in Iran last month came to New York, my city, as the international community does during the annual United Nations General Assembly meetings. For the ninth time, I had the honor of addressing them.

We have an obligation to listen to what the Iranian people have been saying over the past nine months in their continuous nationwide protests. I am one of a large bipartisan group of former governors, mayors, military leaders, senior administration officials and members of Congress, who agree on one critical foreign policy, as the Iranian people do: Iran is entitled to freedom and democracy, and should be led by those who have fought for it and with whom America can find its best allies.

We strongly support the largest and most organized Iranian opposition, known as the Mujahedin e-Khalq (MEK). It is very important to realize that fundamental change in Iran requires organization, leadership, a platform, endurance, competence, and sacrifice, and the one group that the regime feels has all those characteristics is the MEK. The one leader that Tehran fears the most is Mrs. Maryam Rajavi, the president-elect of the broader coalition of the National Council of Resistance of Iran (NCRI) which includes the MEK as a member.

‘Iran Doubles Down on Terror, Turmoil’ against the West
The Washington Times,
November 5, 2018

Iran’s state-sponsored terror attacks have only escalated during the Trump presidency as the corrupt, murderous regime reacts to real pressure being applied by the administration, as opposed to the Obama appeasement. In Iran, when threatened by the resistance, the regime simply murders its opponents, so it is natural for the mullahs to think it is fine to do the same thing internationally. After all, Barack Obama didn’t care right?

The National Council of Resistance of Iran highlighted this dangerous trend last Friday at an event in Washington, D.C., where they released their new book, “Iran Doubles Down on Terror, Turmoil.” The work is an extensive overview and analysis of the rising threat from Tehran from terror operations in the West.
The most recent incident was thwarted by Danish security services in September and involved assassinating Iranian opposition figures on Danish soil.

Many Americans are not aware of the extensive attempts at violence that have happened in the recent past in the United States and Europe. With Iran being front and center in the Trump administration’s foreign policy, this situation is unacceptable – Americans must become cognizant of the danger. As the Left, and the Iranian sympathizers in the West, push the narrative that Trump’s policy against the regime is wrong, and provocative, the realization among Americans of the threat posed by Iran is something that needs to happen quickly.

Iran is the most significant existential threat currently facing America as we attempt to right the ship from the appeasement and betrayal of the Obama years.

Maryam said she was purged from her position as a school teacher during Hassan Rouhani’s first term in 2014 and is now a full-time housewife and opposition activist. She distributes leaflets, works the crowd at demonstrations, and shoots videos of “the martyrs” at gravesites “for the purpose of documenting them” for their families – and posterity.
She has also been arrested and recalled the nightmare of her detainment.

European leaders are opening the door to possible sanctions on Iran in the wake of terror plots across the continent — even as they criticize the Trump administration for reimposing sanctions on the Islamic Republic’s oil exports and financial dealings.

Denmark’s intelligence agency on Tuesday said that it had foiled an Iranian plot to kill an opposition activist, and had arrested a Norwegian of Iranian descent. The suspect has denied the allegations and is being held in custody. Iran’s Foreign Ministry has denied any involvement and has issued a “strong protest” to the Danish government.

The Wall Street Journal reported that Danish diplomats are now calling for sanctions on Tehran, and the idea won broad support at a Wednesday meeting of E.U. ambassadors — with at least eight countries backing calls for action — including France and the U.K.

London, 25 Oct – The UN independent expert on human rights in Iran called on the mullahs on Wednesday to ban the death penalty for juveniles.

Javaid Rehman, special rapporteur for human rights in Iran, told a General Assembly human rights committee: “I appeal to the Iranian authorities to abolish the practice of sentencing children to death, and to commute all death sentences issued against children in line with international law.”

It’s illegal under international law to execute juveniles and it also contravenes the UN Convention of the Rights of the Child and the International Covenant on Civil and Political Rights, both of which Iran has signed up to.

JUVENILE DEATH ROW
In 2018 alone, five individuals convicted of murder when they were minors have executed in Iran. Zeinab Sekaanvand, who was accused of killing her husband when she was 17, was executed three weeks ago.
Rehman said: “Claims that she was coerced into confessing to the killing, had been beaten following her arrest and was a victim of domestic violence were reportedly not adequately examined during her trial.”

Despite amendments made to the Islamic Penal Code in 2013 that allow judges to give alternative sentences for juvenile offenders in certain circumstances, executions continue unabated in Iran.
Rehman said that “numerous” other juvenile offenders were on death row in Iran 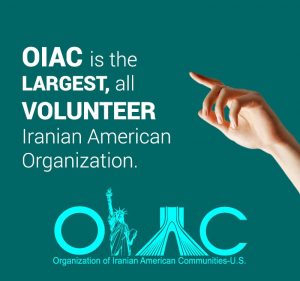 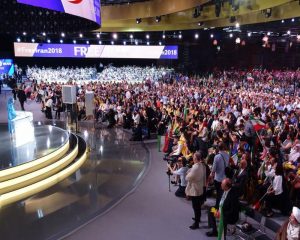