On Going Crackdowns, Inhuman Punishments, and Executions, under Rouhani’s Government 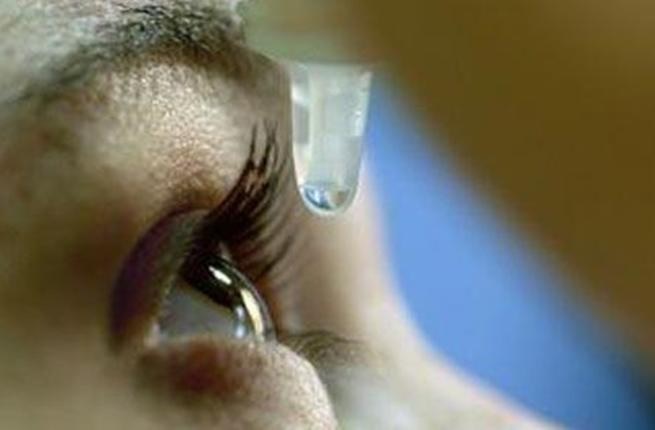 That identity is further underscored by the occasional implementation of religiously-based corporal punishments, sometimes literally reflecting the principle of “an eye for an eye.” The recent case is about , Mojtaba Saheli, who already had the blinding sentence carried out on one eye in March of last year. He was reportedly then given the opportunity to raise money to escape further punishment, in line with the country’s fundamentalist Islamic laws. Having been unable to do so, he is now in imminent danger of having acid administered to his remaining eye.

past arrests have been directed mostly by the Iranian Revolutionary Guard Corps, the recent crackdown has largely been prosecuted by the Iranian Ministry of Intelligence, which is directly answerable to President Rouhani. 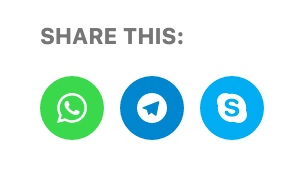 Reza Taqipour, a member of the regime’s Supreme Council of Cyberspace, acknowledged the vast presence of young Iranians on social networks, especially on Telegram.
“Different figures are presented and estimated for Telegram which currently has the highest number of users [in Iran]. According to official statistics it has 25 million users. I have heard recently that an unofficial source estimated this figure to be 40 million users [in Iran], while this social network has only 100 million users in the world,” Taqipour said.

Ali Fallah, another member of the council, expressed concern about the popularity of the internet and social media among Iran’s youths.
“The nights and days spent in cyberspace distance us from the world and they distance us from other people as well. People open their gates and they can go in any direction that they wish. The lack of discipline in cyberspace is a concern to people. Now the moral status, norms and privacy has become very disordered,” Fallah said. 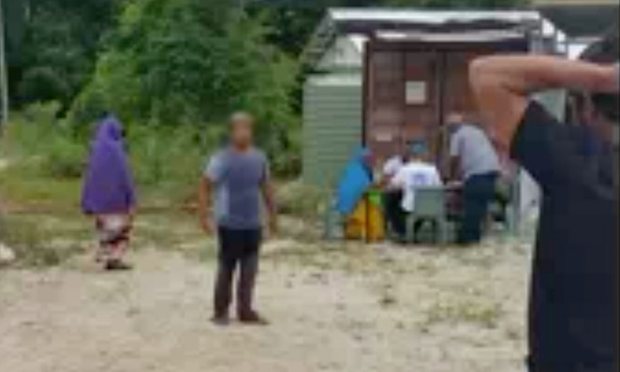 The Iranian Resistance declares its deep regret for the self-immolation of an Iranian refugee, 23, that occurred during a visit by a UNHCR delegation from a refugee camp in New Guinea.
This Iranian refugee, reported to be in dire condition, is among around 800 Iranian and Afghan refugees who had succeeded in reaching Australia but the Australian government, in breach of recognized refugee standards, has sent these refugees to Papua Islands in New Guinea.
The Supreme Court in Papua, New Guinea, issued a verdict on April 26 declaring Australian refugee camps on its soil in violation of New Guinea’s constitution and ordered the camps to be promptly closed. However, the Australian government announced that it shall not accept any of these refugees on its soil. 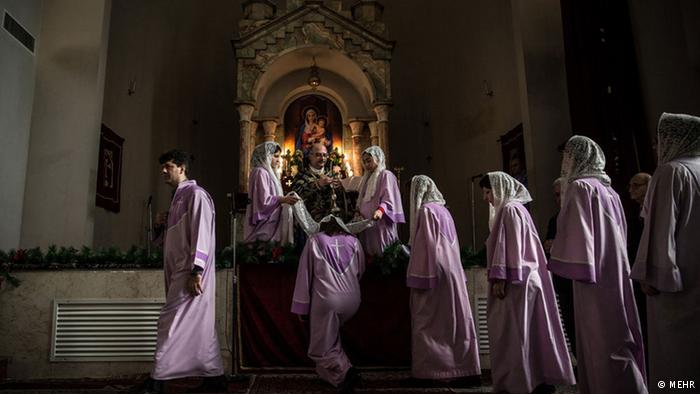 The United States Commission on International Religious Freedom has found that religious minorities in Iran, including Christians, continue experiencing severe human rights abuses, closing in on one year on the historical nuclear deal between the Islamic Republic and Western nations.
The major report, released only a couple months shy from the one year anniversary of the nuclear deal reached in July 2015, found that religious freedom conditions “continued to deteriorate” over the past year, with Christians, Baha’is, and the minority Sunni Muslims facing the most persecution at the form of harassment, arrests, and imprisonment. 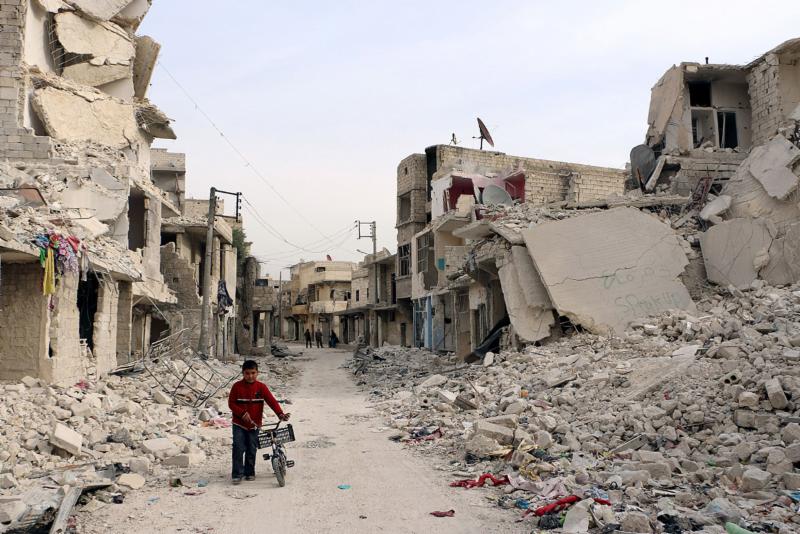 Since 21 April, the fighter planes of the regime of Syrian President Bashar al-Assad, supported by the Russian air force, resumed the brutal, destructive and indiscriminate bombing of Aleppo, the country’s largest city. The presence of opposition forces in Aleppo, the oldest urban centre in the world and the city that embraces some of human civilisation’s most precious heritage, represents a major insult and an embarrassment to the regime that claims to have a right to continue to rule the country.
It has been clear, for weeks, and in light of the stumbling of negotiations over the Syrian crisis in Geneva, that the regime is seeking to impose a siege over the city in prelude to an attempt to seize it and change the balance of power in northern Syria. However, the bombing of Aleppo and its countryside did not target the opposition forces or their quarters and positions. For two weeks, the bombing targeted residential districts, hospitals, medicine stores, schools and mosques causing hundreds of deaths among civilians and wounding thousands of them. 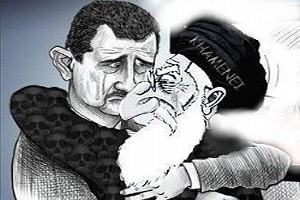 “Since the Syrian nation chose Bashar al-Assad as president two years ago, he will remain in the post until the Syrian people change him,” Ali Akbar Velayati, who is the Leader’s adviser on international affairs, said in an interview with the Lebanese al-Mayadeen television channel.
Saying that the Syrian nation and government are firmly defending their country, Velayati rejected the idea of imposing a president on Syria who would serve the interests of Saudi Arabia or any other party.
“The legitimate Syrian government must seek to find a solution [to the country’s conflict] through political negotiations. Friends and enemies of Syria know that no foreign option can be imposed on the Syrian nation,” 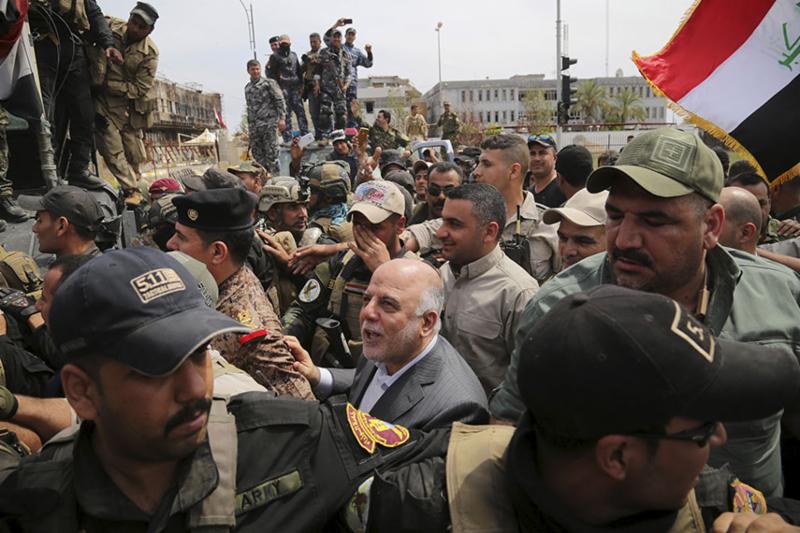 President Barack Obama got a chilly reception in Saudi Arabia last month after his public comments suggesting that its leaders were overreacting to the threat from Iran. But the Iranian threat is real throughout the Mideast.
Consider Iraq, where a political mess threatens the success of U.S.-backed efforts to expel the Islamic State from Iraq’s second city, Mosul. Iran is a major source of the continuing trouble in Iraq, though the Obama administration would rather not say so.
And the violence has continued to escalate, claiming an American life Tuesday when a Navy SEAL assigned to assist Kurdish forces was killed in a firefight with ISIS forces about 19 miles north of Mosul. 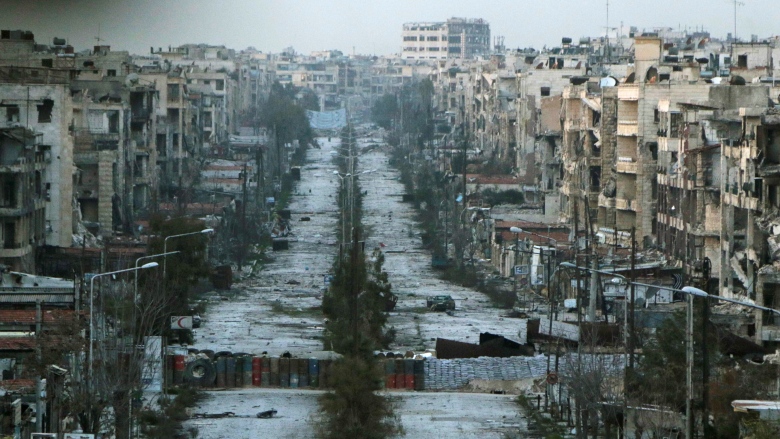 The deaths mark Iran’s biggest single-day loss since it sent forces to support Bashar al-Assad.
Thirteen members of Iran’s elite Revolutionary Guard were killed in a battle with Islamist militants over a village near the Syrian city of Aleppo, Tehran said on Saturday, in one of Iran’s biggest single-day losses since it sent forces to support President Bashar al-Assad. Russia meanwhile said that a truce in Aleppo itself had been extended until Monday. 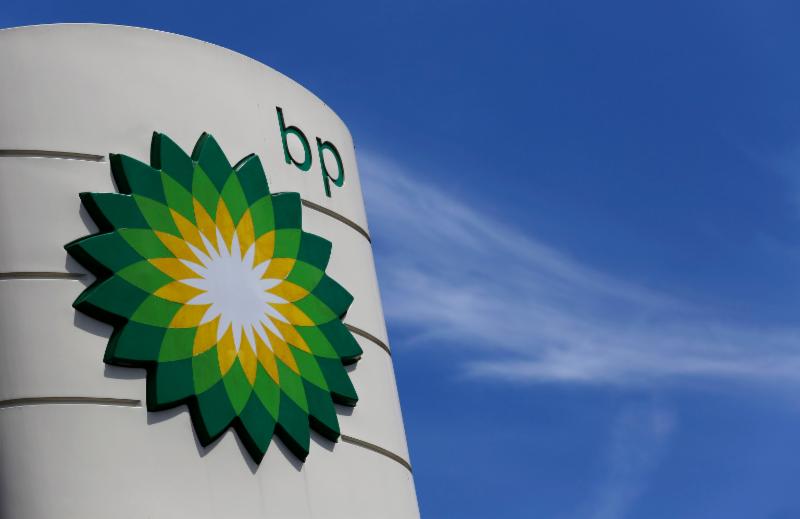 LONDON – British oil giant BP will open an office in Iran this summer, according to Rokneddin Javadi, chairman of the National Iranian Oil Company.Quoted on the state-owned oil news service Shana, Mr. Javadi said BP is looking to transfer technology and capital to Iran. BP declined to comment.

The Islamic Republic once enjoyed major investments from a bevy of the world’s largest energy companies, but Western sanctions over its nuclear program forced the major oil companies out. Though many have shown interest in returning, uncertainty over the terms of working in the country and the legal restrictions still related to sanctions remain a major stumbling block.

One of President Obama’s top national security advisers led journalists to believe a misleading timeline of U.S. negotiations with Iran over a nuclear agreement and relied on inexperienced reporters to create an “echo chamber” that helped sway public opinion to seal the deal, according to a lengthy magazine profile.
Ben Rhodes, the deputy national security adviser for strategic communications, told the New York Times magazine that he helped promote a “narrative” that the administration started negotiations with Iran after the supposedly moderate Hassan Rouhani was elected president in 2013. In fact, the administration’s negotiations actually began earlier, with the country’s powerful Islamic faction, and the framework for an agreement was hammered out before Rouhani’s election.

European companies flocking back to Iran are doing so without their favored lenders at their side.
Less than two years after BNP Paribas SA agreed to pay a record $9 billion U.S. fine in part for dealings with Iran, many of the continent’s biggest banks remain unwilling to go anywhere near Iran-related business for fear that they will run afoul of remaining U.S. sanctions on the country. That’s opened the way for Chinese and Persian Gulf lenders, as well as European institutions such as Belgium’s KBC Groep NV, to grab a slice of the business of funding companies’ investments in Iran.