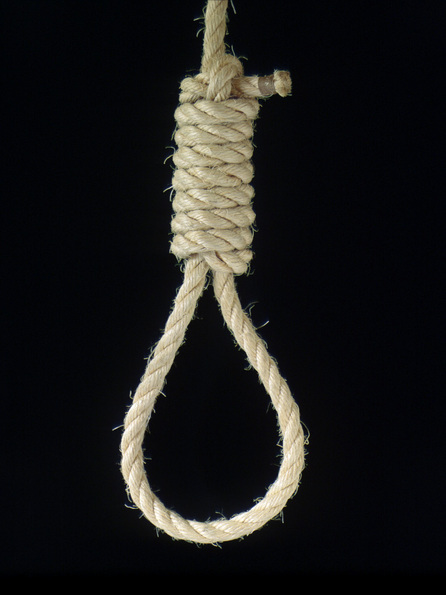 Iranian authorities have hanged four prisoners in northwestern Iran on drug charges. This brings the total of prisoners who have been executed in Iran in the last ten days to 30.
Iran Human Rights (APR 19 2016): On the morning of Tuesday April 19, four prisoners were reportedly hanged on drug charges at Urmia’s central prison, Darya. According to the Kurdistan Human Rights Network, the names of the four prisoners are: Majid Moradi, Ahmad Mohi, Alireza Sarian, and Mansour Raziani. Iranian officials sources, including state media and the Judiciary, have been silent about these executions.
The rate of executions in Iran had significantly decreased during a three-month period, from the outset of 2016 until after the Iranian parliamentary election and the Nowruz holiday. However, executions have resumed since April 2016. According to Iran Human Rights, 30 people have been executed in Iran in the last ten days alone.

International Campaign for Human Rights in Iran highlights cases of physicist with cancer and blogger on hunger strike.

Activists have raised concerns about the health of two prisoners held in Iran on political grounds – an award-winning physicist with cancer and a blogger who has been on hunger strike for nearly a month.

In an episode that highlights Iranian authorities’ denial of crucial medical care to prisoners of conscience, physicist Omid Kokabee, 34, had surgery on Wednesday to remove his right kidney, taken out after repeated warnings about his condition were ignored during five years of his imprisonment.

Afghan civil and human rights activists have staged a rally outside the Iranian regime’s consulate in Herat, north-west Afghanistan, demanding justice over the rape and murder of a six-year-old Afghan girl in Iran earlier this month.
Setayesh Ghoreishi was reported as missing on April 9 in the Iranian city of Varamin, south-east of Tehran. Her body was discovered the following day after she was assaulted and stabbed to death by an attacker who tried to dispose of her body by putting her in a bathtub and covering her in acid, according to the International Business Times.
The protesters in Herat on Wednesday carried Setayesh’s photo as they chanted slogans demanding justice.
In the Iranian capital Tehran this week the mullahs’ regime attacked a group of mourners who had prepared to gather to protest Setayesh’s murder.

Glavin: Canada must continue to stand up for human rights in Iran
Ottawa Citizen

You’d have to go for a very long walk to find a religious tradition as benign as the Baha’i faith, which marks the holiest days of its calendar during the 12-day Festival of Ridvan, which began at sunset on Tuesday this week.
The religion’s precepts respect scientific discovery and emphasize the uplifting of the poor, the equality of men and women, and the unity of the world’s peoples. There is no clergy. Deriving from a 19th-century schism within Shia Islam, Baha’is are admonished to respect all other faith traditions, not just the Abrahamic varieties. Their religious duties involve quiet prayer, meditation, education and the service of humanity.

Iranian political prisoner Amir Amirgholi, who has been on hunger strike for the past 15 days in Tehran’s notorious Evin Prison, is in poor health. He is suffering from physical weakness and a severe drop in blood pressure.
The regime’s fundamentalist courts have sentenced him to 21 years of imprisonment under the bogus charge of “insulting the holy sanctities,” “insulting the Supreme Leader,” “gathering and colluding to act against national security,” “disturbing public order by participating in illegal gatherings” and “propaganda against the regime.”

The Supreme Court on Wednesday upheld a judgment allowing families of victims of Iranian-sponsored terrorism to collect nearly $2 billion.

The court on Wednesday ruled 6-2 in favor of relatives of the 241 Marines who died in a 1983 terrorist attack in Beirut and victims of other attacks that courts have linked to Iran.

Justice Ruth Bader Ginsburg wrote the opinion for the court rejecting efforts by Iran’s central bank to try to stave off court orders that would allow the relatives to be paid for their losses.

Iranian police have established a vast network of thousands of undercover officers tasked with reporting on moral violations in the Islamic Republic’s capital, Tehran’s police chief said on Monday.

Some 7,000 vice agents have been deployed to Tehran’s streets to tackle sub-standard veiling by women as well as crimes such as anti-social behavior, General Hossein Sajedinia told Mizan Online, the official news agency of the country’s judiciary.

He said that the “undercover patrols will confront implicit transgressions in the city,” AFP news agency reported.

For several weeks, the cessation of hostilities (COH) in Syria led to a significant and widespread decline in violence. This gave the impression that parties to the Syrian conflict and their foreign sponsors had somehow reached a lasting cease-fire, against all odds.

In truth, however, and quite apart from the expected sporadic violations, serious fighting in key geographies never ceased.

U.S. not against foreign banks dealing with Iran -Kerry 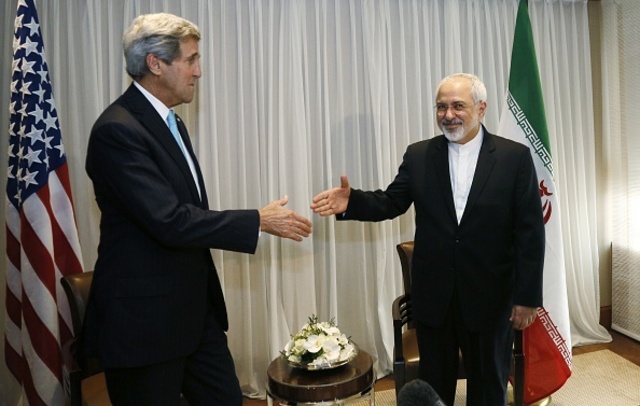 (Adds Kerry, Zarif quotes, background on IRGC’s role in economy)
By Lesley Wroughton
NEW YORK, April 22 (Reuters) – The United States is not opposed to foreign banks doing business with Iran in line with the terms of last year’s historic nuclear deal between Tehran and world powers, U.S. Secretary of State John Kerry said on Friday.
“The United States is not standing in the way, and will not stand in the way, of business that is permitted in Iran since the (nuclear deal) took effect,” Kerry told reporters before meeting with Iranian Foreign Minister Mohammad Javad Zarif.
Kerry said he was trying to clear up uncertainty in the business community outside the United States about investing in Iran. The Iranian government has complained about not getting the full economic fruits of the July 14, 2015 nuclear deal.
“There are now opportunities for foreign banks to do business with Iran,” Kerry said in New York, where he attended a U.N. signing ceremony for the Paris climate accord. “Unfortunately there seems to be some confusion among some foreign banks and we want to try and clarify that.”

The Chinese Smuggler and the Iran Deal 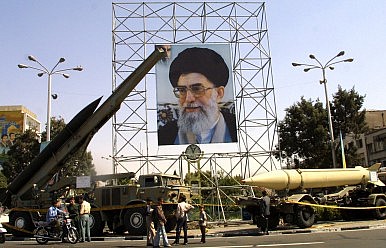 On February 1, 2016, Sihai Cheng was sentenced to nine years in prison after pleading guilty to six charges related to the diversion of U.S.-manufactured pressure transducers to Iran. The plea brings to an end a lengthy legal process that started with an indictment in 2013. Cheng is one of two individuals who have faced justice over the diversion of a substantial number of specialist pressure transducers to Iran’s uranium enrichment program. Shortly after Cheng entered his guilty plea, and shortly before his sentencing, charges were dropped against Cheng’s Iranian conspirator as part of a prisoner exchange timed to coincide with the implementation of the Iran nuclear deal. The case thus raises questions about the deterrence messages being sent to would-be middle men and proliferators. It also highlights yet again a critical weakness in the non-proliferation regime related to the procurement of goods from specialist suppliers via non-state actors has not yet been addressed. Addressing this challenge in order to detect and prevent such trade is vital if the Iran deal is to be successfully implemented over the next decade.

IRAN’S REGIME MEDDLING IN THE REGION