Please RSVP now!
Organization of Iranian-American Communities-US (OIAC), the largest, most active grass root body of Iranian Diaspora in the United States, and other peace seeking Iranians and Americans NGOs, invites all concerned citizens to join the supporters to the “Free Iran Rally”, scheduled for Wednesday, September 20, 2017 outside the United Nations Headquarters in New York City. 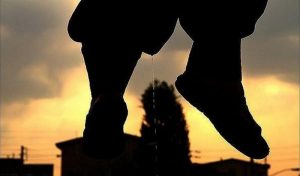 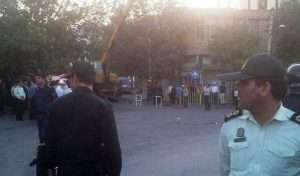 An unidentified prisoner was hanged in public in the city of Ilam on murder charges .
Iran Human Rights (SEPT 5 2017): An unidentified prisoner was hanged at 22 Bahman Square in the city of Ilam in front of a crowd of people. According to the Iranian state-run media, ISNA, the prisoner was executed on the morning of Tuesday September 5 on murder charges. The research of Iran Human Rights shows 34 people were hanged in public in Iran in 2016; and an audience of hundreds of people, including children, were present for most of these hangings. Human rights activists and informed members of civil society have always severely criticized this issue. 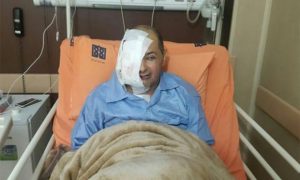 An unidentified prisoner who was sentenced to death on the charge of “raping a married woman” was hanged in public in Bandar Abbas while a crowd of people watched.
According to a report by the state-run news agency, Mehr, the public hanging sentence of the man was carried out on the morning of Thursday August 31. The report says the prisoner was also charged with kidnapping and armed robbery and was issued prison and lashing sentences for those charges.
The research of Iran Human Rights shows 34 people were hanged in public in Iran in 2016; and an audience of hundreds of people, including children, were present for most of these hangings. Human rights activists and informed membes of civil society have always severely criticized this issue.

Iran’s ‘city of mullahs’ has a surprising side 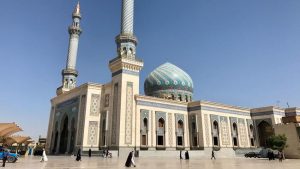 Before the 1979 Islamic Revolution, this city was pious and sedate.
The late Iranian American poet Nader Naderpour once listed as its main features “women with scarves over their heads, men clad in clerical robes, a single golden dome, old storks in the sky, one spiritless garden, a handful of lonely trees.”
Qom became the bedrock of Iran’s theocracy and remains one of the country’s holiest places – home to 200,000 religious scholars, a destination for Shiite Muslim pilgrims and a center of Islamic thought in a country whose political system is controlled by the clerical establishment. 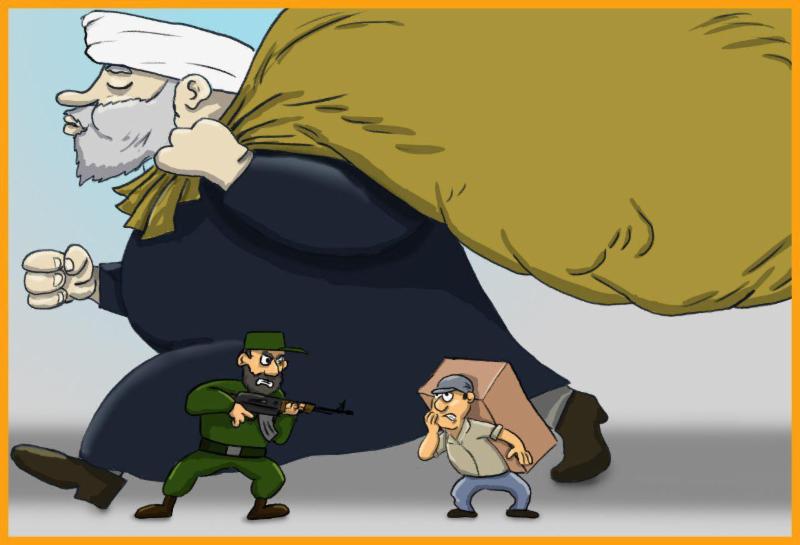 Iran: While Criminals and Corrupt Politicians in Iranian Government steal $ Billions a Year, Yet Small Carriers who Struggle to Make a Living Get Killed by Security Forces.

Sixteen Years After 9/11, Iran Remains A Threat To America 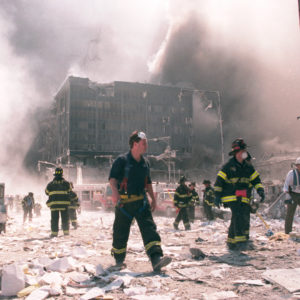 After the tragic events of September 11, 2001, Americans collectively searched for answers about who was behind the terror attack and why it occurred. While Osama bin Laden will forever be known as the mastermind of the tragedy, Iran’s role in the devastating attacks, and its collusion with al-Qaida and other terrorist organizations more generally, must not be overlooked.
An early 1990s meeting in Sudan between an emissary of Iran and al-Qaida leader Osama bin Laden, culminated in a decision to put aside Sunni-Shia divisions in favor of an Iran-al-Qaeda pact to conspire against the U.S. As a report by the 9/11 Commission would state, “discussions in Sudan between al-Qaida and Iranian operatives led to an informal agreement to cooperate in … actions carried out primarily against Israel and the United States.”

Iran is providing military equipment and other support to the Taliban insurgency in Afghanistan, Afghan Army Chief of Staff Lt. Gen. Mohammed Sharif Yaftali told BBC News.
Yaftali’s comments were quickly walked back by his superiors at the Afghan Ministry of Defense who issued a statement saying he was “misquoted.” U.S. and Afghan officials, however, believe that Iran is quietly ramping up its covert efforts in Afghanistan in order to destablize the country and keep the U.S. bogged down in its longest war.

U.S. Navy Denies Iran’s Claim It Warned Off Warship In Gulf Of Oman 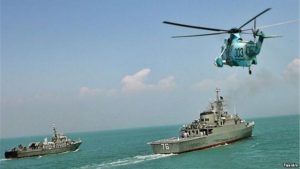 Iran says it has warned off a U.S. warship during the rescue of a boat in the Gulf of Oman, while the U.S. Navy denied any direct contact with Iranian forces.
The hard-line Tasnim news agency reported on September 10 that the U.S. vessel turned away after the warning from a rocket-bearing Iranian military ship. The Iranian vessel then towed the fishing boat, which had sent out a distress signal after taking on water, back to shore, it said.The agency did not specify when the incident, close to the strategic Strait of Hormuz in the Persian Gulf, occurred. 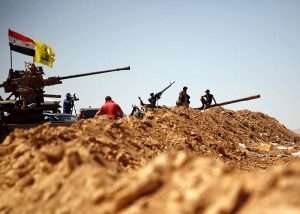 U.S. forces moved out of Al-Tanf near Syria’s border with Jordan and Iraq, and a pro-Iranian force moved in, according to a new report. The independent security and intelligence journalists at DEBKA are reporting:
Washington was winding up discussions with Moscow on terms for US special forces to evacuate the Al Tanf post they were holding in the Syrian-Iraqi-Jordanian triangle and hand it over to the Syrian army … US-backed Syrian rebel units are also about to leave their posts in the southern town of Daraa, having completed negotiations for a deal with the Russian officers manning this de-escalation zone and Hezbollah officers. They have agreed to hand in their weapons and either join up with Syrian government units or disperse.

Iran Out to Remake Mideast With Arab Enforcer: Hezbollah

BEIRUT, Lebanon – For three decades, Hezbollah maintained a singular focus as a Lebanese military group fighting Israel. It built a network of bunkers and tunnels near Lebanon’s southern border, trained thousands of committed fighters to battle Israel’s army and built up an arsenal of rockets capable of striking far across the Jewish state.
But as the Middle East has changed, with conflicts often having nothing to do with Israel flaring up around the region, Hezbollah has changed, too. It has rapidly expanded its realm of operations. It has sent legions of fighters to Syria. It has sent trainers to Iraq. It has backed rebels in Yemen. And it has helped organize a battalion of militants from Afghanistan that can fight almost anywhere.

THE IRAN DEAL IS ON THIN ICE, AND RIGHTLY SO 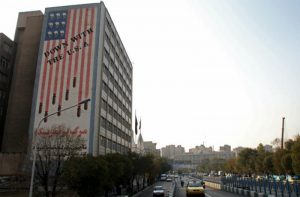 The future of the Iran deal is again under question. President Donald Trump garnered much attention in July by stating he no longer wanted to certify that Iran is in compliance with the agreement, which is required by law to occur every 90 days and thus due again next month. European leaders reacted by affirming their support for the deal, known as the Joint Comprehensive Plan of Action (JCPOA), and the Iranian government responded by claiming that it was in compliance – but would take measures to accelerate its nuclear program if Washington were to stop its compliance. Meanwhile, the International Atomic Energy Agency (IAEA) certified Iran’s compliance again in June, weakening the president’s case.

Czechs refuse to lift ban on nuclear supplies for Iran 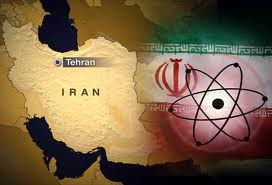 PRAGUE – The Czech Parliament’s lower house has rejected a government proposal to annul a 2000 law that bans Czech companies from supplying equipment for Iran’s Bushehr nuclear power plant.
The proposal rejected Friday took into account a 2015 deal that saw international sanctions on Iran lifted in exchange for the country curbing its nuclear activities.
Iran has one operational nuclear plant in the southern port city of Bushehr. It is planning to build more reactors there.

The Art of Renegotiating the Iran Nuclear Deal 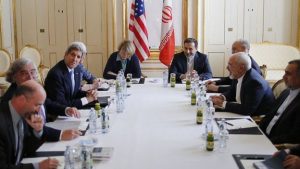 Since Donald Trump assumed the presidency, European allies have worried he will fulfill his campaign promise and pull the U.S. out of the Iran nuclear deal.
Trump’s national security cabinet has a different idea. U.S. officials tell me that a new strategy on the agreement is ready for the president’s approval. Instead of blowing it apart, the plan is to make it stronger.
The idea can be summed up as “waive, decertify and fix.” On Sept. 14, Trump is expected to waive the crippling sanctions on Iran’s banks and oil exports that were suspended as a condition of the 2015 nuclear bargain known as the Joint Comprehensive Plan of Action. A law passed by Congress in 2015 requires the president to make a decision on those sanctions every 120 days. Trump waived the sanctions in May and is expected to do so again. 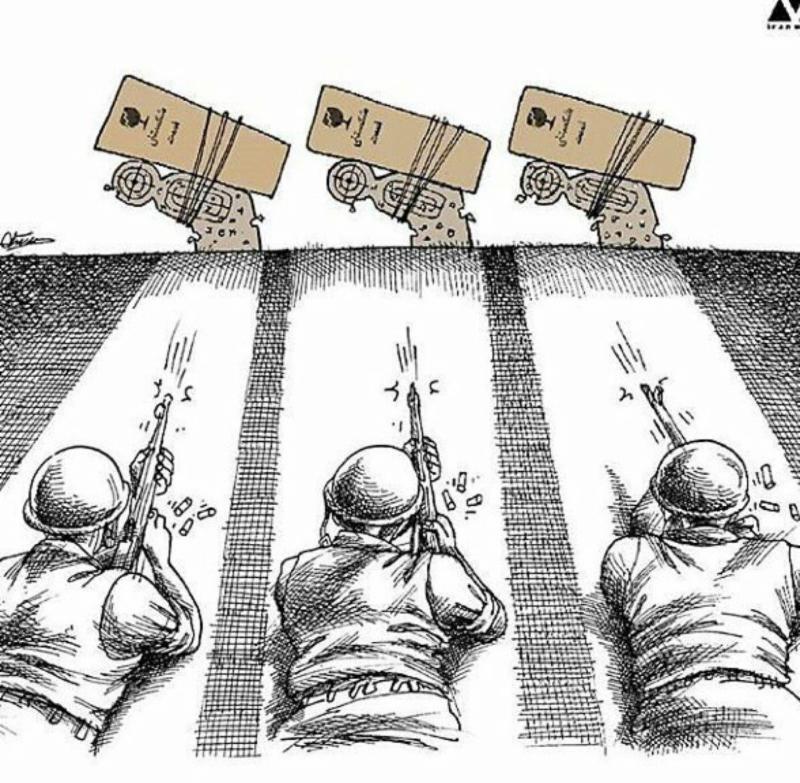 Iran: While The Criminals and Corrupt Politicians in Government steal $ Billions a Year, Yet Small Carriers who Struggle to Make a Living Get Killed

The Evolving Relationship Between Iran and the U.S.