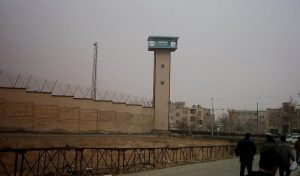 Iran: 100 Executions Carried Out in the Month of July 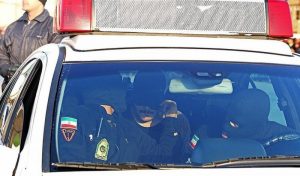 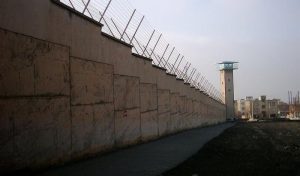 Center for Human Rights in Iran

The sudden transfer of dozens of political prisoners in Rajaee Shahr Prison in Karaj to a high-security ward and the denial of their visitation rights is illegal, according to prominent human rights attorney Mohammad Seifzadeh.
“I heard that the transfer happened suddenly,” said Seifzadeh in an interview with the Center for Human Rights in Iran (CHRI) on July 31 2017. “The prisoners didn’t even have a chance to collect their belongings.”
“This had happened to me, too,” added Seifzadeh, who spoke out about the prison’s inhumane living conditions after spending five years in Rajaee Shahr until his release in 2016.
“One day I was told I was being taken to the hospital, but on the way I realized they were transferring me to a new prison,” he said. “It is against our prison regulations and international laws to move prisoners without their knowledge or informing their relatives.”

The Spark to Unleash Iranian Unrest

Iran’s 1979 Islamic Revolution largely caught the world by surprise. Only a handful of analysts-Israel’s Uri Lubrani most famously-predicted that the shah could fall. In the aftermath of Iran’s upheaval, publishers scrambled to commission authors who could, with the benefit of hindsight, explain what happened. Theseauthors tended to depict the events leading to Ayatollah Khomeini’s rise as the culmination of natural political evolution. 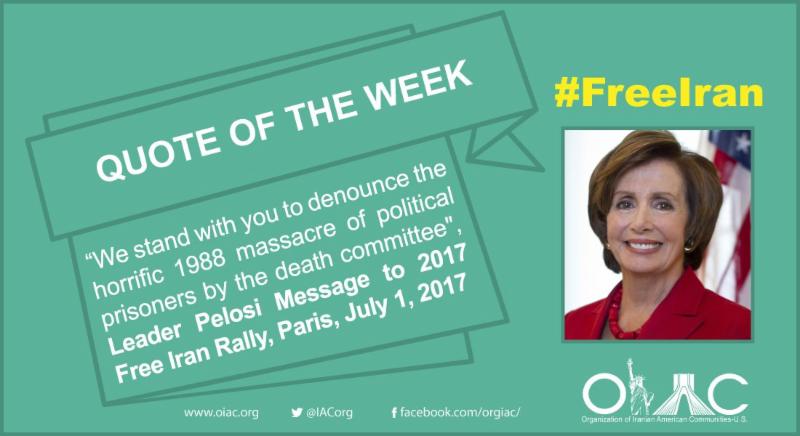 On the heels of the major gathering of the Iranian opposition in Paris on July 1, some thirty prominent American luminaries and former officials issued a joint statement expressing bipartisan support for the Iranian resistance and underscoring the need for a more firm approach towards Iran’s ruling clerics. 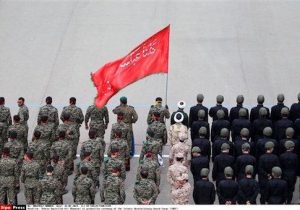 Many American observers believe that the Iranian Revolution ended in 1979. For the Ayatollahs, and the Iranian Revolutionary Guard Corps (IRGC), this was when the Revolution began. For them, the revolution was less about regime change than about using the country and its resources to shape the world in the image of their fundamentalist ideology.

To the Ayatollahs of Iran, revolution is not a finite political event, but a pretext for their daily destabilizing campaigns for regional hegemony. Similarly, the un-revolutionary or non-Islamic label is used to justify their brutal suppression of anyone in Iran who steps out against the regime or engages in behavior that deviates from their so-called religious standards of moral cleanliness. 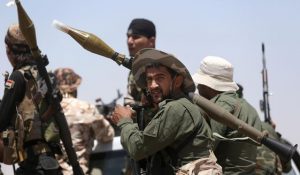 The deputy commander of Iran’s notorious Quds Force bragged at a recent ceremony that his operatives have killed more Americans than U.S. troops have killed Iranian fighters.
Brig. Gen. Ismail Ghaani was referring to Iran’s major intervention in the Iraq war to supply Shiite militias with supercharged explosives that could penetrate U.S. armored vehicles. The Pentagon has estimated the Quds Force, an arm of the Islamic Revolutionary Guard Corps, killed 500 Americans that way. 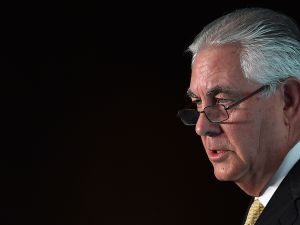 WASHINGTON (JTA) – A condition of U.S. cooperation with Russia in Syria is the removal of Iranian forces from the country, Secretary of State Rex Tillerson said.
“The direct presence of Iranian military forces inside of Syria, they must leave and go home, whether those are Iranian Revolutionary Guard forces or whether those are paid militias, foreign fighters, that Iran has brought into Syria in this battle,” Tillerson said Wednesday in a wide-ranging news conference.
The other condition, Tillerson said, was that the end result should be a unified Syria with “new leadership” – the removal of the Assad regime.
Read more: http://forward.com/fast-forward/378983/tillerson-us-wants-iran-out-of-syria/ 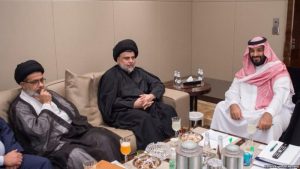 Leading Iraqi Shi’ite clerics are calling for the disbandment of powerful Iran-backed Shi’ite militias now that the nation has retaken its second-largest city, Mosul, from the Islamic State extremist group.
Muqtada al-Sadr, an anti-American firebrand with a large following among Baghdad’s urban poor, on August 4 called for the disbandment of Hashed al-Shaabi, a paramilitary organization with an estimated 122,000 troops dominated by Iran-backed Shi’ite militias. 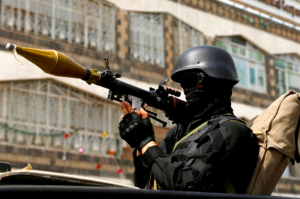 LONDON (Reuters) – Iran’s Revolutionary Guards have started using a new route across the Gulf to funnel covert arms shipments to their Houthi allies in Yemen’s civil war, sources familiar with the matter have told Reuters.
In March, regional and Western sources told Reuters that Iran was shipping weapons and military advisers to the Houthis either directly to Yemen or via Somalia. This route however risked contact with international naval vessels on patrol in the Gulf of Oman and the Arabian Sea. 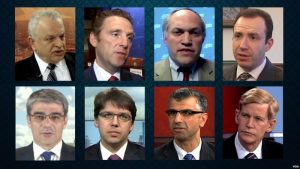 With Hassan Rouhani starting his second term as Iran’s president, VOA Persian remembers that three years ago, American observers Reuel Mark Gerecht and Ali Alfoneh wrote a political portrait of Hassan Rouhani titled “The Man and the Myth: The many faces of Hassan Rouhani” where they traced the life of Hassan Fereydoun – from his birth in Sorkheh in Semnan Province to his theology studies at Alavi School in Qom to his long political career and climb through the Islamic Republic’s top hierarchy culminating in becoming Iran’s president.
Having noted in their long essay that “Rouhani isn’t an open book: He has a layered, somewhat closeted personality,” Gerecht and Alfoneh attempted to find out if Mr. Rouhani was “More-or-less trustworthy, pragmatic interlocutor with the West or deceptive enemy?” 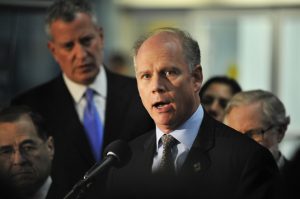 Federal authorities should investigate how a charitable foundation with ties to Iran steered millions of dollars to dozens of American universities including Columbia, Harvard and Princeton, according to Rep. Dan Donovan.

Critics charge the grants from the Alavi Foundation helped fund pro-Tehran and anti-Israel professors.
“I’ll be contacting the secretary of education about this matter immediately,” said Donovan (R-SI).
“Did this foundation attempt to subvert American academic institutions? We need to investigate this, and universities have to do a better job of vetting their donors.” 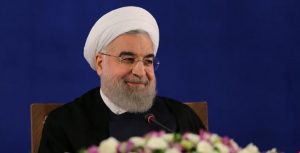 Iranian President Hassan Rouhani has warned US President Donald Trump he risks political suicide if he scraps the nuclear deal with Tehran.
At his swearing-in ceremony, Mr Rouhani said Iran would continue to abide by the terms of the deal as long as the other signatories do the same. The White House says Iran is complying with the deal but Mr Trump says Iran is violating its spirit.
Last month the US state department announced new sanctions on the country.The US says the sanctions relate to Iran’s missile programme and alleged support for terror groups but Tehran says they violate the nuclear deal. 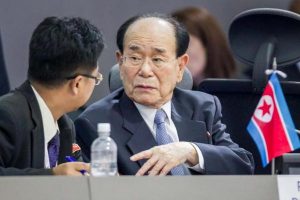 Aug. 1 (UPI) — A top North Korean politician recently left Pyongyang for a 10-day trip to Iran, a country that may still be cooperating militarily with the Kim Jong Un regime.
Workers’ Party newspaper Rodong Sinmun reported Tuesday chairman of the Presidium of the Supreme Assembly of North Korea Kim Yong Nam left Pyongyang on Monday to attend the inauguration ceremony for President Hassan Rouhani.
The North Korean newspaper stated the inauguration ceremony is scheduled for Aug. 5, but Kurdish media network Rudaw reported the inauguration of Rouhani is to take place in two stages on Aug. 4 and 6.