OIAC applauds the recent House bipartisan letter, by a vast majority of the members, urging the Administration to extend the United Nations arms embargo on Iran

WASHINGTON, DC, US, May 8, 2020 /EINPresswire.com/ — The Organization of Iranian American Communities 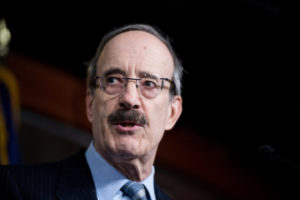 (OIAC) applauds the recent bipartisan letter, by a vast majority of the members of the House of Representatives, urging the Administration to “extend the United Nations arms embargo on Iran” due to expire in October 2020, and curb the Iranian regime’s “destabilizing activities throughout the world.”

The House Foreign Affairs Committee Chairman Eliot Engel (D-NY) and the Ranking Member Michael McCaul (R-TX) led the effort in rallying 387 members to speak in one voice against the dangers of Iran’s regime, while urging Secretary of State Michael Pompeo, to:

• Prevent any laps in U.N. Security Council Resolution 2231 which bans “arms transfers to and from Iran.” 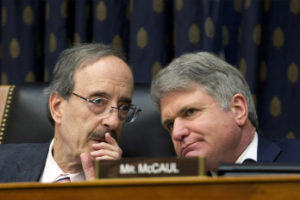 • Prevent the expiration of “the U.N.-imposed travel restrictions on some of Iran’s most notorious individuals who have long violated U.N. proliferation and weapons restrictions” and have engaged in weapons proliferation activities.
• Call out the need for a travel ban on the newly named head of the Islamic Revolutionary Guard Corps-Quds Force (IRGC-QF), General Esmail Ghanni.
• Call on the UN Security Council to fully enforce the travel bans in order to limit the mullahs’ “ability to train, fundraise, and plan” malign activities around the globe. The Iranian people are the longest suffering victims of the ruling regime and have enjoyed a bipartisan support in U.S. Congress over the years. OIAC extends its gratitude to the House Members and Leaders of both parties for standing with the people of Iran and their desire for freedom and democracy in Iran and peace and stability in the region.

OIAC believes reenacting all six United Nations Security Council resolution which imposed sanctions on the Iranian regime is the path forward to eliminate the regime’s malign activities in the region and its global threat, as well as empowering the people of Iran in their journey for a free Iran.