As you might’ve heard from an Iranian-American community group, General Qasem Soleimani’s assassination at the start of the year has put the relationship between U.S. and Iran at an all-time low. For decades, both countries have resorted to the exchange of threats and violent acts after failing to settle a deep-seated conflict that started with an American-staged coup in 1953. This event, later on, catalyzed the 1979 revolution, which set the stage for the Iranian people’s current situation.

But, it’s not just those two countries that are involved in the dispute. Caught in the middle of the crossfire is Iraq, where the U.S. and Iran have been competing for influence. On top of this fight for control, the country already has its hands full dealing with local government issues. These problems have sparked massive protests across the Arab nation, the biggest it has seen since 2003.

How It All Began

It all started on October 1, 2019, when protesters flocked to the streets of Baghdad to express their dissatisfaction with the government. Their leaders, they said, haven’t made much of an effort in resolving the problems that have been plaguing the country for years. These include high unemployment rates, poor infrastructure, and lack of access to electricity, clean water, medicine, and other basic services.

Iran’s presence in the area and strong influence over politics is another issue, with locals saying that Supreme Leader Khamenei and his Iraqi supporters only want to harm the Arab nation.

What further provoked the nation’s ire is that its government has had a decade since the US-led invasion and two years since the defeat of ISIS to fix these issues. Then, there’s also a matter of corruption among politicians and other powerful figures, landing the country on the 12th spot of NGO Transparency International’s list of most corrupt countries. Iraq has a healthy current account surplus and is one of the major players in the global oil industry, but a great deal of its people live in poverty. Its unemployment rate has reached an alarming 8%, based on 2018 research by the World Bank.

Another move that greatly upset the people was then Prime Minister Adel Abdul-Mahdi’s dismissal of Abdul-Wahab al-Saadi in 2019. The latter served as the Staff Lieutenant General of the Iraqi Counter-Terrorism Service and was instrumental in defeating ISIS in 2017.

According to reports, he was informed of this change via phone call and wasn’t given any explanation for it. But, some believe that the decommissioned commander’s positive relationship with the U.S. and the Iraqi government’s close ties with Iran might have something to do with it. There are also speculations that Saadi fell out of favor with public officials because of his refusal to tolerate corruption.

The Iraqis’ Demand for Change

Because of the government’s mismanagement of power and funds, the citizens are demanding their leaders take accountability for their actions. They’re not just referring to their Prime Minister but everyone who’s in position and the entire sectarian system, as well. The people want to have these authorities and political structures tried and replaced with members who’ll address the country’s needs using just methods and won’t prioritize Iran’s demands.

This desire for change isn’t an entirely novel one, as the country has been asking for reform time and again. The “new government” that was installed in 2018 promised just that, and when it failed to deliver, feelings of disillusionment and exasperation washed over the people. Fed up with the authorities’ same old corrupt ways, Iraqis have become much more assertive in letting their demands known. 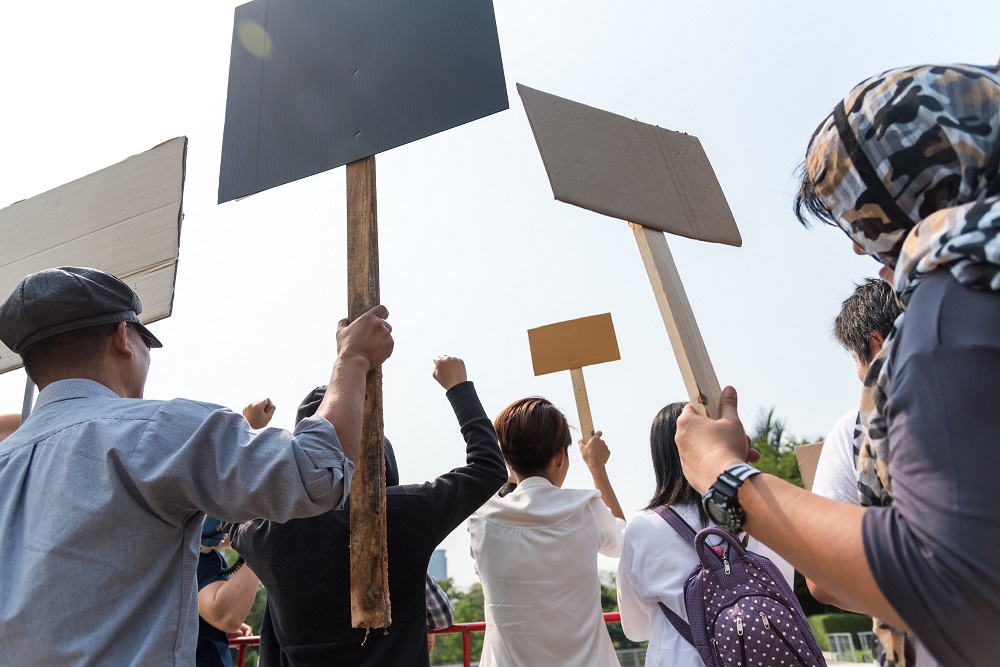 Since the mobilization in Baghdad last October, numerous crowds have continued to protest throughout the country. Posters, roads, and buildings all bear words that speak against the parliament, calling its members “mafias” and “corrupt parties” who instantly bow down to Iran and its own government. Some people have taken to wearing Iraqi flags around their shoulders, hanging them onto the Iranian consulate. This move is said to symbolize their defiance against Tehran and rejection of its influence on local politics.

Though most of them arrived on protest sites unarmed, there have been instances when the government responded to them with violence. Security forces have thrown tear gas and fired bullets at demonstrators, wounding 8,758 and killing 424, as of December last year.

Visit the Organization of Iranian American Communities, an Iranian-American advocacy group, to learn more about this issue and find out how you can help those who are affected by this conflict.