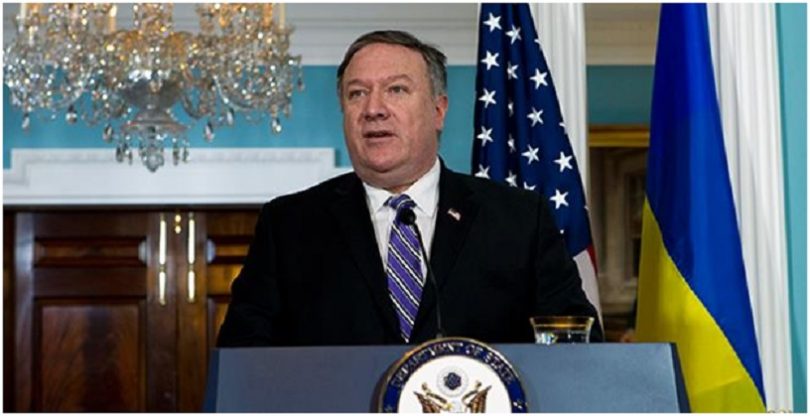 The Trump administration’s decision to designate the Islamic Revolutionary Guard Corps (IRGC) as a foreign terrorist organization has prompted predictable debate. The president himself acknowledged that it was an “unprecedented” move, which leads some to assume that it will be dangerous to Western interests and to the future of American relations with countries where the Islamic Republic also wields influence.

But neither can we risk ignoring the fact that Iran’s malign influence is growing, or that it is ultimately imperative to Western interests that Iran’s imperialism be confronted and reversed. The IRGC terror designation has long been a possibility, though other administrations opted to focus their sanctions only on individual supporters and the special operations wing known as the Quds Force. But in recent years, an FTO designation has grown more imperative, due to the proliferation of IRGC-funded and facilitated extremist groups in Syria, Iraq, and elsewhere.

This trend reflects what President Trump described as the Iranian regime’s commitment to using terrorism as statecraft, and the IRGC as the primary tool of that strategy. The Quds Force leads the effort to support foreign proxies, while its parent organization focuses on suppressing dissent within Iranian society as well.

For both of these reasons, serious critics of the Iranian regime were quick to embrace the FTO designation. Maryam Rajavi, as the leader of Iran’s leading opposition the National Council of Resistance of Iran (NCRI) issued a statement describing the measure as “long overdue.” NCRI’s main component, the Mujahedin-e Khalq (MEK) has organized efforts to confront the IRGC and other repressive forces at home, and is credited with playing a leading role in the mass uprising that spanned every major Iranian city and town at the beginning of 2018.

For those Iranian protesters, Western pressure on the IRGC is not only a means of promoting international peace and stability, but also a sign of support for the Iranian people in their conflict with the theocratic dictatorship. To whatever extent the US terror designation starves the IRGC of financial resources and weakens its ability to crack down on domestic dissent, it will be a significant stepping stone toward the transformation of the status quo.

The White House has hinted at this goal. Secretary of State Mike Pompeo has repeatedly insisted that pressure on the Islamic Republic will continue to grow until the regime ends its “malign activities” in the broader Middle East and agrees to “behave like a normal country” by no longer conflating terrorism with legitimate foreign policy. Critics of the regime embrace this strategy as well, on the understanding that it sets the stage for western governments’ embracing the notion that assertive policies may help bring an end to an intractable theocratic system.

The Iranian regime itself is clearly well aware of the potential for its own overthrow, and is reacting with the expected sense of panic. This was evident throughout 2018, when Iran hatched a series of plots to assassinate opposition activists or to attack expatriate gatherings on Western soil, such as the NCRI’s Iran Freedom rally in Paris on June 30.

Such terrorist plots showcase Tehran’s desperate obsession with destroying the leading voices of democratic opposition, or cutting off the connections between them and Western policymakers. Crucially, though, 2018’s terror plots were generally spearheaded not by the IRGC, whose reach rarely extends beyond the Middle East, but by Iran’s Ministry of Intelligence and Security (MOIS), which handles terrorist operations throughout the world through networks of clandestine agents and Iranian diplomatic facilities. In Iran, the MOIS is essential to the crackdowns silencing dissent and the propaganda on Iranian social media and in society at large. In many ways, its focus is remarkably similar to that of the IRGC, with whom it works closely, and US policy toward it should be similar as well.

President Trump and Secretary Pompeo have frequently promised that pressure on the Islamic Republic will continue to intensify until American goals are realized. They should recognize that the logical next step in exerting such pressure is to extend the newfound terrorist designation from the IRGC to its accomplice, MOIS.

There is perhaps no greater threat to the Iranian regime’s hold on power than policies which make it clear that pressure from the international community and from Iran’s democratic resistance are one and the same.