A Glimpse At The Nightmare Of Child Trafficking In Iran 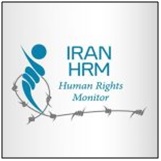 The doors of a beef delivery truck opened by accident on Tehran’s Modarres Highway to shock other drivers with the sight of 50 children piled up inside the truck. They called the police to interfere and save the children. “So what? What do you want, now?” They called the Police Detectives Office and the Welfare Organization, in vain. No government agency took action in response to their call. And the children were abandoned to be driven to an unknown destiny….

The trafficking victims, most of whom are women and children, have no destiny but fear and despair.

Human trafficking, or modern slavery, has become a cause for concern in Iran with the number of victims growing over the past years.

In its 2018 annual report, the US Department of State has declared: “The Government of Iran does not fully meet the minimum standards for the elimination of trafficking and is not making significant efforts to do so;”

Human trafficking in Iran can be explored in three fields;

The children who are bought and sold due to rampant poverty are usually purchased by human trafficking mafia gangs, sometimes for the price of only two or three pounds of red meat.

In a shocking report, the state-run Tabnak News Agency wrote: “According to the latest information, sale of infants in Tehran has recently climaxed and child trafficking gangs have freely expanded their activities.”

The state-run Fars News Agency on July 1, 2017 cited Fatemeh Daneshvar, member of Tehran City Council, as saying: “(Trafficked) children disappear in most cases and their organs are smuggled. After some time, their bodies are abandoned in the deserts without kidneys and eyes.”

In another part of her shocking remarks, she acknowledged other bitter facts in this regard. Daneshvar said, “In unsafe neighborhoods such as Harandi, children are lost and their parents do not even file complaints. These people have special lives. The parents of these children are indifferent to their absence, since they are basically addicted.”

The state-run ROKNA news agency also cited Daneshvar on March 7, 2018, as stating, “A new gang has been identified that exports premature new born babies of addicted mothers who sleep in the streets. Most of these children are sent abroad and we do not know whether they are handed over to trafficking gangs, to families or to brothels.”

Fatemeh Daneshvar said: “The gangs buy the girls at a higher price and send them to unknown destinations.”

Such gangs hunt homeless girls and isolate them in a house where they will spend their pregnancy. They are force fed pills which induce premature delivery and their newborns are finally sent to other countries.

In a report entitled, “trade in infants, a profitable business,” the state run Tasnim news agency explained how the children’s buyers blind their eyes or burn their delicate bodies to elicit more sympathy from passers-by.

Some reports indicate that many purchased infants are given to child beggars to collect more donations. In many cases, criminal gangs break the arms and legs of child slaves to pocket more money.

Rented children have another story. They are gathered every morning and distributed to different city neighborhoods. These children are obliged to beg for a certain amount of money through the day and if they do not bring it, they are forced to work in illegal workshops or to have sex with their owners.

According to a report released by the state-run Tabnak news agency, some neighborhoods in south Tehran, such as Darvazeh Ghar, are hotbeds of trade in children.

For example, a man named Khosrow pays children to work for him. The children are obliged to return home at the end of the night with a certain amount of money. If they don’t bring back enough money, they are forced to do something else in order to receive their meager wage from Khosrow.

The names of these children are not registered anywhere. They are slaves, born only for work.

Researches done by social workers show that 80 percent of these children are Afghans. Based on their gender, age and experience, they are sold or rented for one to four million toumans by organized gangs.

According to child aid workers, some rented girls are offered to buyers as a prize for more alcohol or drug sales. In return for this compulsive sex, they give a nail polish or a meal to the child.

Some other reports suggest trade in children taking place in the border cities of southern Iran. Brokers buy children for five million toumans and then send them to the Arab countries in the Persian Gulf.

In some cases, girls are detained up to the age of puberty, and are subsequently married to buyers.