Join Us For Free Iran Rally

As the largest, most active grass root body of Iranian Diaspora in the United States, Organization of Iranian-American Communities-US (OIACUS) and other peace seeking Iranian American NGOs, invites all concerned citizens to join its supporters at the “Iran Freedom Rally”, scheduled for Tuesday, September 20, 2016 outside the United Nations Headquarters in New York City. The gathering will bring thousands to the U.N. against the backdrop of increasing executions in Iran just as the U.N. General Assembly meetings begin. This year’s rally coincides with the anniversary of the 1988 Massacre of some 30,000 political prisoners in Iran. Those with direct involvement in the massacre still serve at the highest levels of Iranian government. Rally participants will call on the United Nations to hold them accountable for this crime against humanity. Thousands of Iranian-American community members will join human rights activists, prominent civil and political leaders to condemn executions in Iran, denounce Iranian government’s malign role in the Middle East, and call for regime change in Iran through empowerment of the Iranian people and their organized resistance.

Every year, Iranian-Americans and their friends gather in New York City to rally against presence of Iranian-regime officials at the United Nations and to demand that international community hold Iran accountable for its abhorrent human rights record. On September 20, 2016, Iranian Diaspora and concerned citizens converged in NYC while Hassan Rouhani spoke at the U.N.  The rally highlighted the rights violations in Iran and Rouhani’s abysmal rights record as Iranian government continues to execute more of its citizens per capita than any other U.N. member state. In their coverage of the event, Associated Press highlighted many of the rally’s messages, including the need for the international community to hold Iranian leaders accountable for the more than 2000 people executed under Rouhani. We thank everyone for their participation in our rally, included the distinguished speakers. 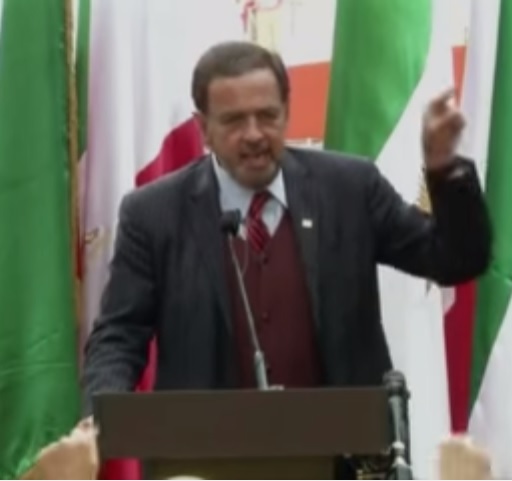 IRANIAN-AMERICANS RALLY FOR A FREE IRAN, CALLING FOR JUSTICE FOR PRESECUSSION OF PERPETRATORS OF 1988 MASSACRE – UN PLAZA, SEPTEMBER 20, 2016

“WE ARE FOR A SECULAR, DEMOCRATIC, NON-NUCLEAR REPUBLIC IRAN” #FreeIran

We call the International Communities to: Recognize the 1988 massacre of political prisoners as a “crime against humanity,” pays homage to the innocent victims, a majority of whom belonged to the Mujahedin-e Khalq (PMOI/EMK) and were executed for their steadfast commitment to the cause of Iran’s freedom, and expresses its most profound sympathies to the families of the victims; Condemn the Iranian regime for the massacre, and for concealing the evidence of this manifest set of crimes against humanity; Condemn President Hassan Rouhani for condoning the massacre by appointing Mostafa Pourmohammadi, one of the members of the “death commission,” as his Justice Minister; Work with competent international authorities to pressure the Iranian regime to provide detailed information to the families of the victims about their loved ones and their final resting places; and, Request the UN Human Rights Council to create a Commission of Inquiry to fully investigate the massacre and to gather evidence and identify the names and roles of specific perpetrators with a view towards their ultimate prosecution through an international tribunal or, when the current regime is replaced with a democratically-elected government through domestic prosecution. 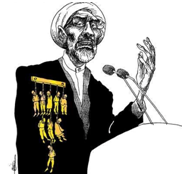 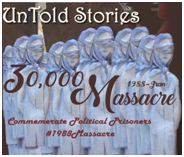 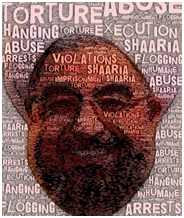