Reporters: The treatment of Baha’is in Iran has not changed since Hassan Rouhani took office. 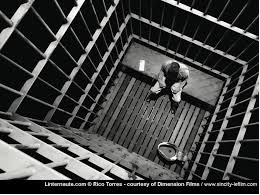 Mohsen Qanbari, a judge in a so-called court in the city of Gorgan, said the 24 Baha’is have been sentenced for “propaganda against the system [the Iranian regime]”.

The Iranian regime’s judiciary in Golestan Province has sentenced 24 Baha’i citizens to a total of 193 years in prison.

These people were arrested by the regime’s intelligence organs in the cities of Gorgan, Gonbad and Minoudasht in 2012 and were subsequently released on bail after interrogation.
According to the regime’s judiciary in Golestan, the sentenced individuals have 20 days from the announcement of their verdicts to refer to the appeals court.
Baha’is routinely face persecution in Iran by the regime of the mullahs. Discrimination against them in education, jobs and even burial of their dead are among these practices.