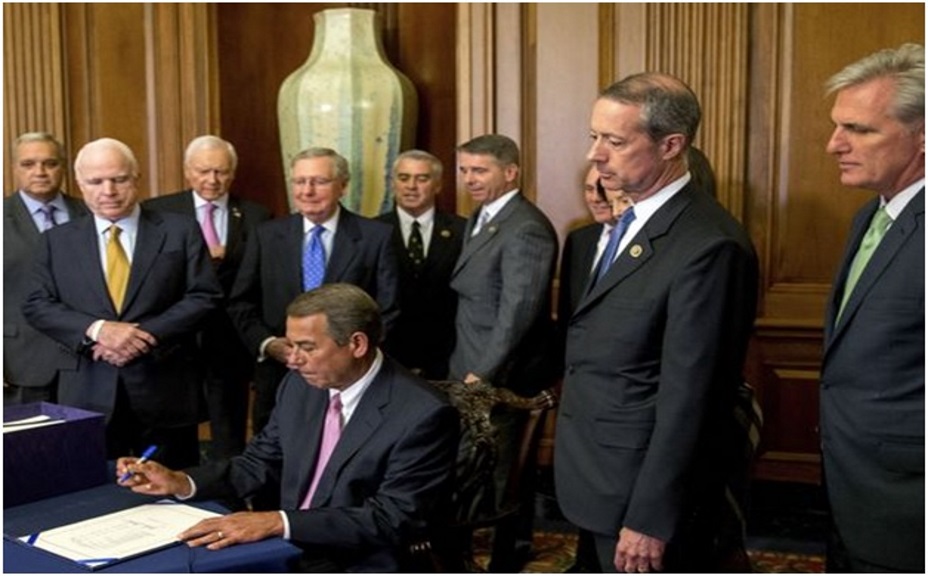 Primarily since February 2009, the government of Iraq, with Iranian regime assistance and American provided weaponry, had orchestrated a deliberate campaign of terror, torture, and murder against Iranian refugees living in Camps Ashraf and Liberty. Our community appreciates transparency, justice, and honor.  That is why, for nearly 5 years, our community has helped call attention to the plight of those refugees and to hold accountable those who may be responsible for the ill treatment they have been subjected to.

A very important legislative language included in the Fiscal Year 2015 Omnibus Appropriations Bill that was signed by President Obama into Law on  December 16, 2014 was related (in 7041(c)(6) of this act) to the safety, security, and well-being of the MEK members residing in Camp Liberty.

“Not later than 90 days after enactment of this Act, the Secretary of State, in consultation with the heads of other relevant United States Government agencies, shall submit a report to the appropriate congressional committees detailing steps taken by the United States Government to address the plight, including resettlement needs, of Iranian dissidents located at Camp Liberty/Hurriya in Iraq.”

The Joint Explanatory Statement of the bill explains what the State Department report to Congress should include:

The Committee directs the Secretary of State to include in the report on the resettlement plan for Iranian dissidents required by section 7041(c)(6) of this act: a description of measures taken to improve the security and welfare (including quality of life and access to medical care) of residents at Camp Liberty; an analysis of attacks against such dissidents since February 2009, including whether any weapons or training provided by the United States were used in the attacks, and safeguards to ensure that no such weapons or training are used in the future; and options for the resettlement of Iranian dissidents outside Iraq, including in the United States.

This legislation is very significant, because it relates to one of the most important implications of providing weapons and training to Iraq that has been used to attack the residents of Camp Liberty.

Because Congress is instructing the Secretary of State, to include in its report the “attacks against such dissidents since February 2009, including whether any weapons or training provided by the United States were used in the attacks, and safeguards to ensure that no such weapons or training are used in the future,” this language could act as a barrier for future attacks by or in collaboration with the Iraqi Government.