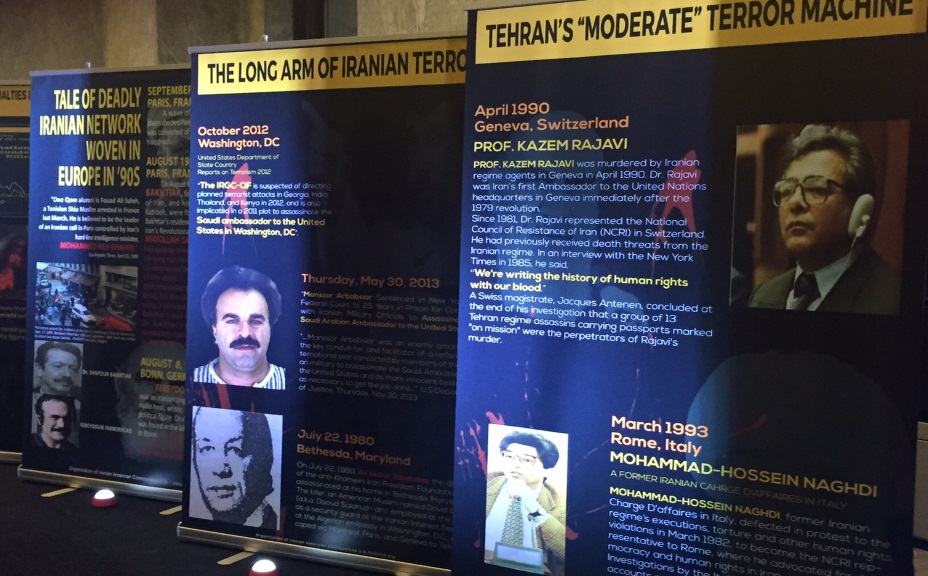 The massacre in San Bernardino opened another chapter in the history of U.S. mass shootings in an ominous but different way.  Similar to the recent terrorist attack in Paris, the brutal massacre of innocent civilians in California highlighted again evils of Islamic extremism but this time, here in the United States.

The attack revealed that the U.S. is not immune from the rise of Islamic fundamentalism and that Americans, along with the rest of the world, must quickly but dynamically address this global threat.  Deterrence and an increase in the cost to terrorists (and their sponsors) are valuable assets but the ultimate answer is active engagement with the moderate, both Muslim and otherwise.

The vast majority of Muslims are moderates and ironically the biggest victims of groups like the Islamic State (ISIS).  Moderate Muslims, however, bear the brunt of prejudice due to the perversion of Islam as a pretext for murder – not only by a few marginalized radicals in recent years, but by a regime ruling Iran which has for 35 years served as the global epicenter of radical Islamic extremist ideology. These extremists – be it the Hezbollah, the ISIS, Al-Qaeda, Taliban, Hamas, or the Iranian Revolutionary Guards –  know no religion. They stand against all of humanity and human civilization.

To do nothing in the face of the evil is clearly unsustainable, dangerous, and thoroughly self-destructive. Equally dangerous are forays into the Middle East without support for or collaboration with the moderate Muslim majority in the region.  Indeed, moderate Muslims, particularly in Iran, have for decades, defied extremist interpretation of their religion.

Strategically, the civilized world must empower moderate forces in the region because they too want the right to self-determination, freedom, democracy, market economy, secular government, human rights, and equality.  Searching for and supporting this majority will lead to a more effective effort against Islamic extremism.

So who is the enemy? Obviously it is Islamic extremism, which is centered in the Islamic Republic of Iran and its Qods Force. It is also embodied in ISIS, Taliban, Hezbollah, and alike, who like the Iranian regime and its proxies have played a key role in the expansion of Islamic fundamentalism.  The suppression of the Iranian people notwithstanding, the Iranian regime has fueled sectarianism & Islamic radicalism by propping up Assad in Syria, Shia militias in Iraq, Houthis in Yemen, and Lebanese Hezbollah, among others.

Although they appear to seek different agendas, the Iranian regime and groups like ISIS share the same backward interpretation of Islam and use similar barbaric tactics.  Their fascist worldview calls for the use of violence, employs systemic misogyny, and perverts religion to abuse populous sentiments and their rightful aspirations.

In the ‘80s and ‘90s, the Iranian regime sponsored many ISIS like terrorist attacks/assassinations against dissidents across Europe, a fact often lost in current evaluation of Islamic extremist thought/roots. Indeed, a photo exhibit in Congress this week highlights Tehran’s sponsorship of terrorism since 1979.

If we do not fight Islamic radicalism in all its forms – be it Shiite Iran or Sunni ISIS – we are doomed to see the region fall into the grip of Islamic Caliphate(s), likely that of Iran, that has propagated fundamentalist ideology for nearly 40 years.

Bombing these terrorist entities without well-founded political support for moderate forces in the region as well as a strategy to fill any power vacuum would repeat the mistakes made in Libya, Syria, and Iraq.

The challenge is great, but so is the power of a concerted effort by world powers, combined with the will, manpower and knowledge of moderate regional actors. Among these important allies are Kurdish forces, the Free Syrian Army, many moderate tribes in Iraq, and other moderate militias. The main Iranian opposition, the National Council of Resistance of Iran, led by a woman,Maryam Rajavi, is perhaps the most experienced and capable anti-fundamentalist force in the region.  In challenging the ruling clerics’ oppression and misogyny, it champions women’s rights, a secular government, a market economy, and recognizes the Universal Declaration of Human Rights.

These like-minded friends of liberal democracy have been fighting bravely and tenaciously against Islamic extremism, managed to rally thousands to their cause, and expose a dangerous nuclear program in Iran that the most powerful world actors had not uncovered. And yes, Iran’s antifundamentalist opposition movement has been targeted.  Apart from assassinations abroad, in Iran alone, Islamic extremists have killed more than 120,000 Iranian dissidents, 90 prrcent of whom were moderate Muslims.

The tide must at last be reversed if we aim to end radical Islam, and the terrorism it exports. Failure to act will lead to more terrorism both here and there.

Sadeghpour is the political director for the Organization of Iranian-American Communities (www.oiac.org)