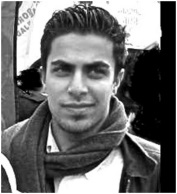 Iranian refugees fleeing persecution joined thousands of other asylum seekers in protesting new restrictions on refugees in Balkan states. According to reports, at least six Iranians sewed their lips shut and went on hunger strike to protest the closure of the Greek-Macedonian border, preventing them from traveling towards western Europe.

The protests come after Slovenia and a number of other EU countries announced that they would limit access to individuals fleeing violence from Syria, Iraq or Afghanistan, claiming those from other countries were “economic migrants.” The announcement has blocked the movement of thousands of other refugees from north Africa, South Asia, and Iran. The policy ignores the fact that many of these refugees face political repression or persecution at home, even if there is not military conflict taking place.

One of the Iranian protestors, a 34-year-old named Hamid who sewed his lip shut in protest was quoted by Reuters as saying he wanted to go where he wanted to go;”To any free country in the world. I cannot go back. I will be hanged.”

The history of Iranian refugees escaping persecution is both long and painful, and continues to the present day. The Iranian regime continues to be one of the worst violators of human rights in the world, and currently leads the world in per capita executions. It also continues to execute individuals for non-serious crimes, something which is illegal under international law.

Given the political climate in the country, and the lack of due process in the judiciary, it is no surprise that many Iranians would choose to seek asylum abroad. However those who do flee repression are now seemingly caught in a new net of injustice and are forced to pay the price of illegal and inhumane policies.
This blanket policy, which denies refugees freedom of movement based simply on their country of origin is both unjust and illegal under international law. It punishes individuals based simply on their national origin, without any form of adjudication as to the merits of their claim, their past persecution or the probability of future persecution.

Human rights advocates should do all they can to bring attention to this grave injustice, and call for the protection of all refugees regardless of their national origin, particularly those who flee from countries with a documented record of persecution such as Iran.
Hamid Yazdan Panah is an Iranian-American human rights activist and attorney focused on immigration and asylum in the San Francisco Bay Area