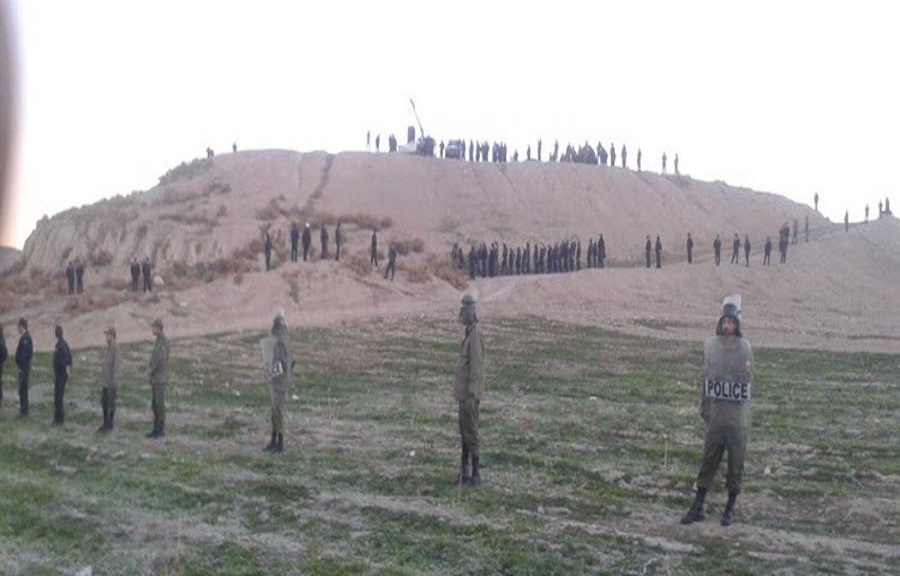 The public hanging was carried out early morning at the archaeological site known as Noorabad Tal (Noorabad hill) in Noorabad Mamasani County in Fars Province at the presence of officials of the Iranian regime’s judiciary and State Security Forces.

The photos of the public hanging was published in local state media.