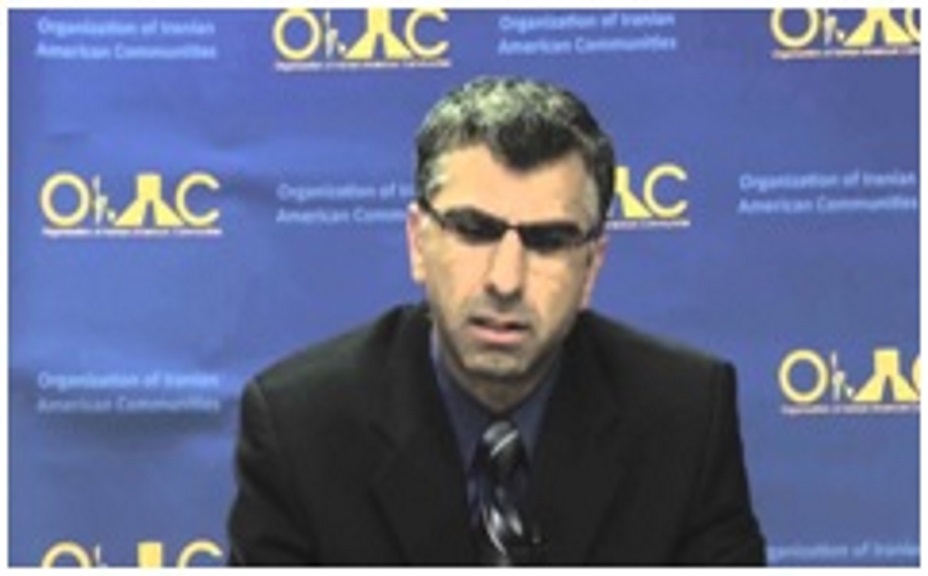 “I think we all share a simple, basic premise, which is that the United States must not allow Iran to acquire a nuclear weapon. A nuclear-armed Iran would threaten our national security,” so said Sen. Christopher Coons (D-Del.), adding that he would support the nuclear deal struck between the P5+1 and Iran, “only if I’m convinced it sufficiently freezes every Iranian pathway to a nuclear weapon.” He could not have said it any better.

Although the administration insists that this agreement is not based on trust but on verification, the supreme leader Ali Khamenei and his underlings have already rejected inspections of military sites, a critical part of the inspections regime envisioned in the comprehensive long-term deal with Iran.  Tehran’s interlocutors, it appears, have made a series of unnecessary concessions in the agreement. Meanwhile, the regime has sensed that it can win even more compromises if it digs in deep enough.

As part of their sale’s pitch to unconvinced and concerned lawmakers and the public at large, President Obama and others in the administration have highlighted comments by “hardliners” in Tehran in opposition to the deal. It seems that they have bought into the myth of moderation, believing that the “moderates” will create a better future.

Indeed, the theatrics by “hardliners” in Iran’s parliament, or the anti-negotiation demonstrations by “ultra-hardliners” in Tehran’s street, coupled with the supreme leader’s rejection of military site inspections made it sound like the mullahs really did not need a deal as bad as the West. At the very least, it seemed like a “faction” of the mullahs is against the deal, while the “moderates”, including the regime’s foreign minister Javad Zarif and president Hassan Rouhani, are trying to convince the “ultra-hardliners” and Khamenei to accept some sort of agreement.

We should not buy into this false narrative or mullahs’ myth of moderation, a version of which we previously observed in the former President Khatami’s reign. To begin with, opposition of the “ultra-hardliners” and Iran’s parliament to the nuclear policies of Rouhani and Zarif has been an orchestrated show, intended to empower regime’s negotiators and prevent them from making crucial concessions.  In the absence of any significant popular support and faced with an effective organized opposition, the mullahs have an existential reason for refusing to relinquish their nuclear program.

The theatrics were meant to extract “managed inspections” instead of “anytime anywhere” inspections the West had sought. They appear to have succeeded.  The agreement gives the mullahs the ambiguity and flexibility they need for future interactions with the IAEA.

Iran’s mullahs, through the “ultra-hardliners,” are thus hyping the possibility of the emergence of another Mahmoud Ahmadinejad-like executive and giving the appearance that “moderates” are gaining political capital. Yet another important benefit of the “hardliners” and Khamenei’s apparent opposition is that this creates a space for Rouhani and Zarif to demonstrate power.   Convincing Khamenei to accept what he had at first rejected would be a clear demonstration of influence.

Given the opposition of Khamenei and the parliament to inspection of military sites, any tangible access to Iran’s military sites in the final deal would thus suggest the power “moderates” yield in shaping the government’s strategic policies.

Khamenei finally capitulated, not as a result of pressure from so-called moderates within the regime, but out of fear from a population on the edge. In 2009, his regime was almost toppled after major nationwide uprisings. His regime does not want, nor can withstand a repeat of that scenario, given the crippling sanctions and horrendous economic mismanagement.

The good cop-bad cop routine employed by the regime has been orchestrated to conceal Tehran’s desperate need for a deal.  This duplicitous dance also aims to convince the West to let the regime preserve its nuclear infrastructure while providing the least possible concessions and commitments.

The international community needs to beat the mullahs at their own game and strike at where they are the most vulnerable: dissent among the Iranian population against the regime. War is not the alternative to the nuclear deal, as some have suggested. The Iranian people are ready and capable to bringing about regime change. There is a third option: empowering the Iranian people to secure a non-nuclear Iran through the establishment of a secular government that respects human rights and rejects nuclear weapons.

Before the regime gets access to billions of dollars in unfrozen assets, the United States and Europe must hold the regime to account for its egregious rights violations and international terrorism. This is the true strategic pathway to thwart Tehran’s quest for the nuclear bomb.

Sadeghpour is the political director of the Organization of Iranian American Communities.