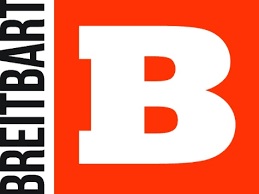 On Tuesday, an Iranian judge who is well-known for handing down harsh sentences for journalists, sentenced Solmaz Ikdar, 33, to three years in prison for allegedly insulting Iran’s Supreme Leader Ayatollah Ali Khamenei and promulgating propaganda against the state.

Solmaz’s sentencing came just two days after President Rouhani called for more transparency in media regulations in an apparent attempt to protect journalists from a crackdown by the IRGC. Rouhani’s power is minimal when compared with the supreme leader Ayatollah Ali Khamenei, who holds ultimate control.

According to IranWire, Judge Mohammad Moghiseh handed down the sentence. Ikdar has reportedly worked for a range of publications in Iran, including Farhikhtegan, Mardom-e Emruz, Aseman, Bahar, and Sharq. She was stopped at an airport on June 18 of this year and taken to Gharchak Prison, where she spent one night and was reportedly hit with another charge of insulting regime officials.

Her case was reportedly heard on October 20, and she was formally convicted on November 10. IranWire notes that she had also been previously charged with propaganda against the regime.

Solmaz was taken to Gharchak Prison, where she stayed one night. There they charged her with insulting regime officials, and she was convicted by a non-criminal court and ordered to pay a fine, which her family could not afford.

She was due to face trial in September, but it was postponed due to the absence of the prosecutor’s representative. Finally, her case was heard on 20 October, 2015. Judge Moghiseh convicted her, announcing the sentence on November 10.

Her mother, Shahrzad Garschi, told IranWire that while she intends to appeal against the verdict, they “do not have much hope.”

This latest arrest is reportedly part of a “new crackdown on freedom of expression and the media” by Iranian intelligence and security officials, according to Ahmed Shaheed, U.N. special rapporteur on Iran. Iran’s human rights record has grown significantly worse under President Hassan Rouhani–even worse than when his predecessor Mahmoud Adhmadinejad held the same post.

Judge Moghiseh is known to be among six judges–four with Iran’s revolutionary court and two appeal judges–who are complicit in violating international treaties to which the Islamic Republic of Iran is a signatory. Some of these violations include holding trials behind closed doors which last mere minutes, intimidating defendants, depriving prisoners of access to lawyers, and even going so far as refusing to disclose the date and time of the actual trial to the defendants’ attorneys.

These judges have reportedly also violated Iran’s own Constitution, which calls for a fair trial.

“This group is among the most notorious judges in Iran,” Mahmood Amiry-Moghaddam, an Iranian human rights activist in Norway, told the paper. “They are known for their politicized verdicts, unfair trials [and] sentencing prisoners based on confessions made under duress.”

The U.N. special rapporteur on Iran, Ahmed Shaheed, told Reuters that at least 45 journalists were in custody in Iran as of this April, one of the highest rates worldwide.

On Wednesday, several United Nations human rights investigators reportedly called on Iran to cease arresting, harassing, and prosecuting journalists and other activists to pave the way for free debate ahead of February’s parliamentary elections. Reuters notes that they called upon the Islamic Republic to release all journalists, including The Washington Post reporter Jason Rezaian, who is languishing in a prison along with four other U.S. citizens.

Additionally, Reuters notes that five journalists were arrested on November 2 by plainclothes members of the IRGC’s intelligence units and accused of taking part in an infiltration network and seeking to undermine Iran on behalf of Western governments.

Iran is Quickly Changing and Evolving