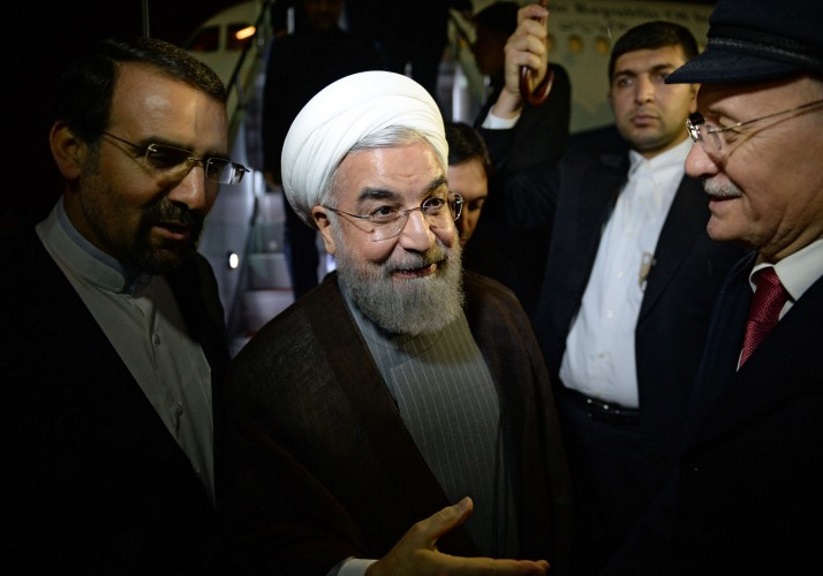 PARIS — An Iranian dissident who fled his country after being imprisoned in Tehran for five years said in an interview Saturday that conditions for prisoners had worsened and human rights violations continued after President Hassan Rouhani came to power.

Farzad Madadzadeh, a 29-year-old opposition activist, was arrested for political activities in February 2009 under former President Mahmoud Ahmadinejad. He said that after Rouhani’s election in 2013, more political prisoners had been jailed, conditions in prison worsened and the number of executions rose dramatically as the new regime sought to stave off the risk of a popular uprising fueled by increased access to outside information.
His interview comes three months after Western powers agreed to lift economic sanctions against Tehran progressively in exchange for its promise to limit nuclear activities. However, sanctions for human rights violations and support of terrorism remain in place, and evidence that Iran’s record on either front is worsening could impede a full normalization of ties with the West, and raise criticism of the nuclear deal.

“When Rouhani was elected all furloughs for jailed former officials of the regime were canceled,” said Madadzadeh, a member of the PMOI opposition group active inside Iran and among exiles in many countries. “Access to medical treatment outside of prison was called off completely. More people like teachers were arrested and imprisoned merely for demanding access to their welfare rights.”

During his detention Madadzadeh said he was routinely beaten, blindfolded and pressured to incriminate himself for terrorist activities. He was also placed in solitary confinement for four months as part of an interrogation regimen that lasted 15 hours per day. Several other political prisoners subjected to similar treatment broke under the pressure, agreed to confess to various crimes on TV and were executed.

“When my father came to pick me up when I was released he came up to me and said, ‘Sir, have you seen my son? His name is Farzad,” he said. “The detention had changed me so much that my father was unable to recognize me.”

It’s impossible to verify the details of Madadzadeh’s story independently, but his case gained prominence among Tehran opponents internationally, and was mentioned publicly in State Department correspondence. He is starting speak publicly about his time in Iran now that he has arrived in Europe.

His claims about more frequent executions line up with reports from the U.S.-based Iran Human Rights Documentation Center which said that more than 1,700 executions, including many of political prisoners, had been carried out in Iran since Rouhani’s election in 2013, a faster rate than under Ahmedinejad. Amnesty International said in July that more than 700 people had been put to death in Iran this year, a number that the United Nations has said was “deeply troubling”, while thousands of people jailed for offenses ranging from drug abuse charges to political opposition were awaiting execution in ‘death row’ prison quarters.

The French Foreign Ministry has condemned the execution of several Iranian prisoners including Reyhaneh Jabbari, a 26-year-old woman hanged for murdering a man she said tried to rape her.

Madadzadeh, who is applying for political asylum in a European country that he did not want to specify, said that he was constantly told during his solitary confinement that he would be executed.

“From Day 1, they tell you that you will be executed,” he said. “That is part of their strategy to break you down so you will go in television and recant everything you ever believed in.”

Another dissident, 18-year-old Parisa Kohandel from Tehran, said she had left the country two months ago thanks to help from the PMOI network inside and outside Iran. She was not imprisoned, but frequently visited her father, Saleh Kohandel, a well-known political activist, in jail from the time she was 9 years old, and participated in demonstrations against the regime in 2009.

“Thanks to these visits with my father, I was able to tell my friends about the behavior and action of the people in the regime,” she said. “Many young people have been seriously disappointed by these reports, which went against the image they had of Rouhani as being different.”

“I came to be their voice,” added Kohandel, who was due to meet with the daughter of Nelson Mandela in Paris later on Saturday.