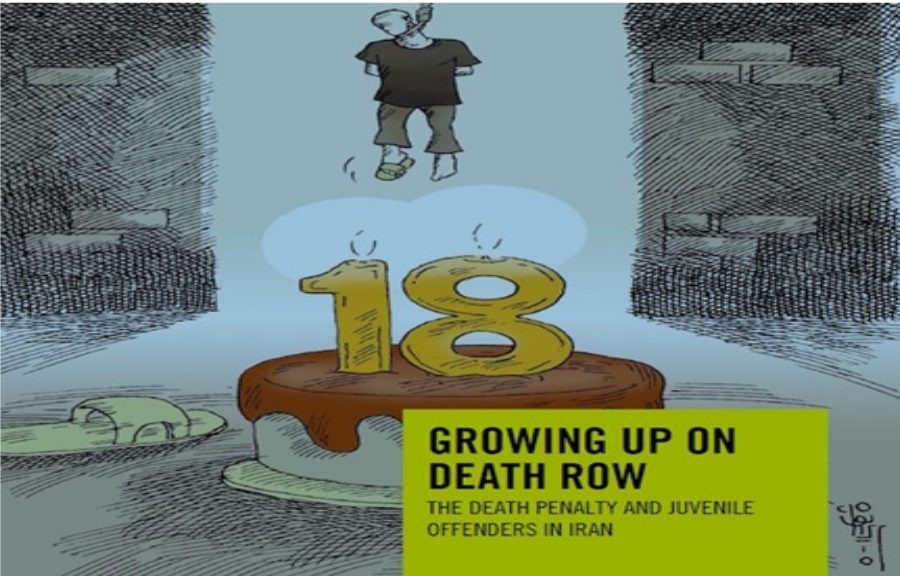 Violet Rusu
A terrifying number of child offenders remain on death row in Iran, with some of them having already spent up to 10 years in prison according to a report released by Amnesty International on Tuesday, January 26. The report also states that between 2005 and 2015, Iran has already executed 73 juvenile offenders, including four who were put to death by hanging in 2015.

One of the child executions that occurred in 2015 was Fatemeh Salbehi, who was hanged in October when she was 17 years old despite “severe” trial flaws. Salbehi was executed after killing the man she was forced to marry when she was 16, who was nearly twice her age. Other offences resulting in child executions have been rape, drug-related charges, and moharebeh, meaning “enmity against God.”

Another execution that was carried out in October was Samad Zahabi who was hanged for shooting a fellow shepherd. Zahabi’s execution proceeded, even though he stated that the shooting he committed when he was 17, was done in self-defense.

Iran continues to violate the sacred international law they are bound by, the UN Convention on the Rights of the Child, which prohibits the death sentence being used on individuals under the age of 18. Amnesty said, “Iran has pledged to ensure that all persons under 18 years of age are treated as children and never subjected to the same punishments as adults. However, the age of adult criminal responsibility remains nine lunar years for girls and 15 lunar years for boys.”

Despite the nature of the crime, children in Iran need to be safe from illegitimate executions at the hands of their own government. According to a 2014 UN report, 160 child offenders have been sentenced to death and currently await their executions.

“The use of the death penalty is cruel, and inhumane and degrading in any circumstances, but it is utterly sickening when meted out as a punishment for a crime committed by a person who was under 18 years of age, and after legal proceedings that make a mockery of juvenile justice,” said Said Boumedouha, Deputy Director of Amnesty International’s Middle East and North Africa Program.

Violet Rusu is a freelance political journalist and human rights activist based in Toronto. Follow her on Twitter @RusuViolet