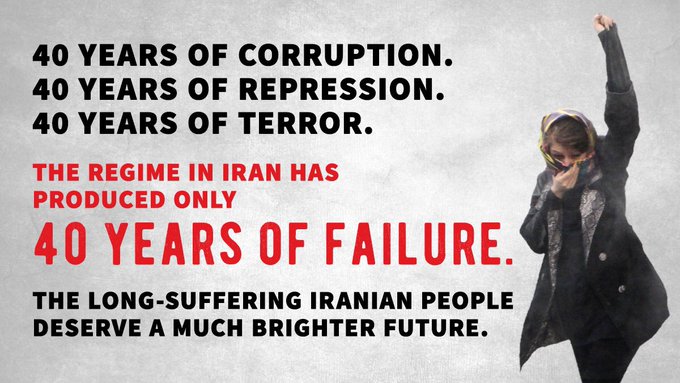 On behalf of Iranian-American medical professionals and scholars with more than 200 members, we are writing you to convey our concerns regarding the tragic situation brought about by COVID-19 pandemic in Iran as a direct result of mismanagement of the ruling regime Iran.

In order to deny any responsibility in the pandemic tragedy, Mullahs’ regime has aggressively censored the information and related death rates regarding the pandemic in Iran. The regime has suppressed independent reporting of the pandemic by censoring, harassing, arresting journalists and social media users. Brig. Gen. Abolfazl Shekarchi, the spokesman for the regime’s armed forces, told state-run TV on April 29: “Some 3,600 people who had posted rumors in virtual space were arrested by the State Security Forces (SSF) and the Bassij.” Regime’s judiciary announced in early March that the crime of contradicting state media on this topic would be punished with up to three years in prison, in addition to flogging.

The opposition’s conservative estimate based on reports from the resources inside the country suggests a fatality of more than 47,500 as of May 28th. Qassem Jan Babaei, an official in the regime’s Ministry of Health, revealed on May 21st that more than 10,000 medical staff in Iran has been infected with the Coronavirus, hundreds of whom have lost their lives. WHO report acknowledged that mortality rates could be up to 5 times more than what the regime has officially acknowledged.

In order to reduce the reported numbers of death due to Coronavirus by the families of the victims, the authorities systematically threaten the families to avoid reporting the cause of death being due to COVID-19, otherwise: (1) the families would have to pay an additional cost for the burial, (2) the deceased would be buried in secluded areas for Coronavirus victims, and (3) the family would not be allowed to attend the burial.

Recently, Khamenei expressed hope that “the nation’s young scientists could find a vaccine and a cure for the Coronavirus as soon as possible … bringing glory and pride!” However, on May 8, 2020, Reuters reported that in recent weeks, hackers linked to the Iranian regime had targeted the staff at U.S. drug-maker Gilead Sciences Inc., which is active in the production of drugs effective in treating Coronavirus patients. On April 2, 2020, Reuters had also reported that the regime’s hackers had tried to access the World Health Organization’s emails.

Mullahs’ regime has denied any meaningful help to the needy people of Iran, victims of mostly the mismanagement of regime. Further, Khamenei has asked the Iranian people to donate toward the pandemic while he has refused to tap into his own pile of cash consisting of the hundreds of billions of dollars in the financial institutions, none of which pay taxes.

In reaction to its own disastrous management, the regime is aggressively attempting to blame the U.S. and the imposed sanctions for the hardship experienced by Iranians. Although every Iranian knows that the sanctions do not apply to medicine and humanitarian needs. The ruling regime in Iran has used the tragic pandemic in Iran to make a case for the loosening of US sanctions. The truth though is that regime would use any financial gains only to strengthen its apparatus of repression inside country and to support its proxies outside Iran. Any help to the Iranian people for the COVID-19 should be a direct help to the people. Continuation and expansion of sanctions would correctly pressure and reduce repressive forces in Iran.

The COVID-19 pandemic in Iran has shown to the Iranian people once more that their number one enemy is Mullah’s regime and their efforts in fighting pandemic would only be successful if it is combined with their focus on overthrow of Mullahs’ regime, as the ‘mother virus’ that has affected the beautiful Iran.

The circumstances for a regime change in Iran is very ripe. For life, liberty, and pursuit of happiness for the people of Iran, Mullahs need to be eradicated, as COVID19 is targeted.

The snapback sanctions is very the next logical step toward a free Iran. The sanpback sanctions would effectively put an end to the policy of appeasement toward Mullahs’ regime for years to come. It is going to provide the optimal historical opportunity for Iranian people to free Iran.